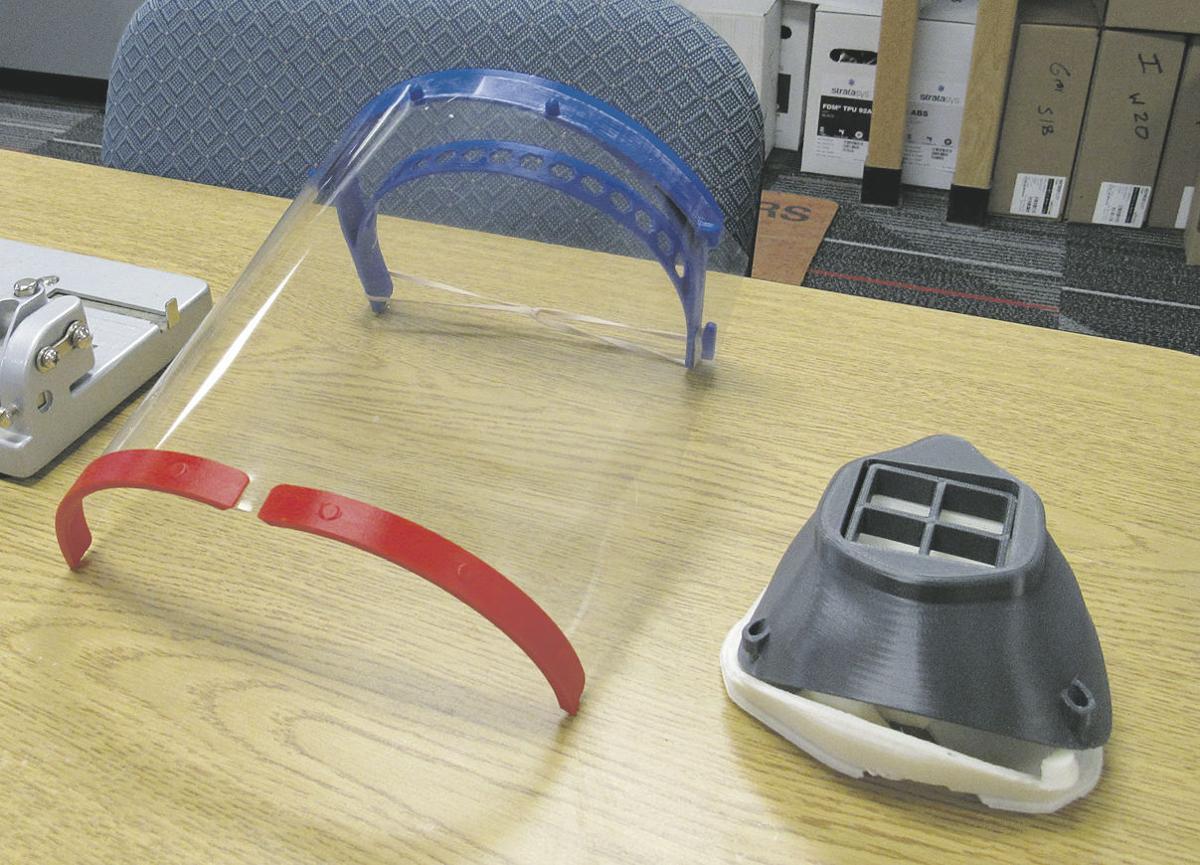 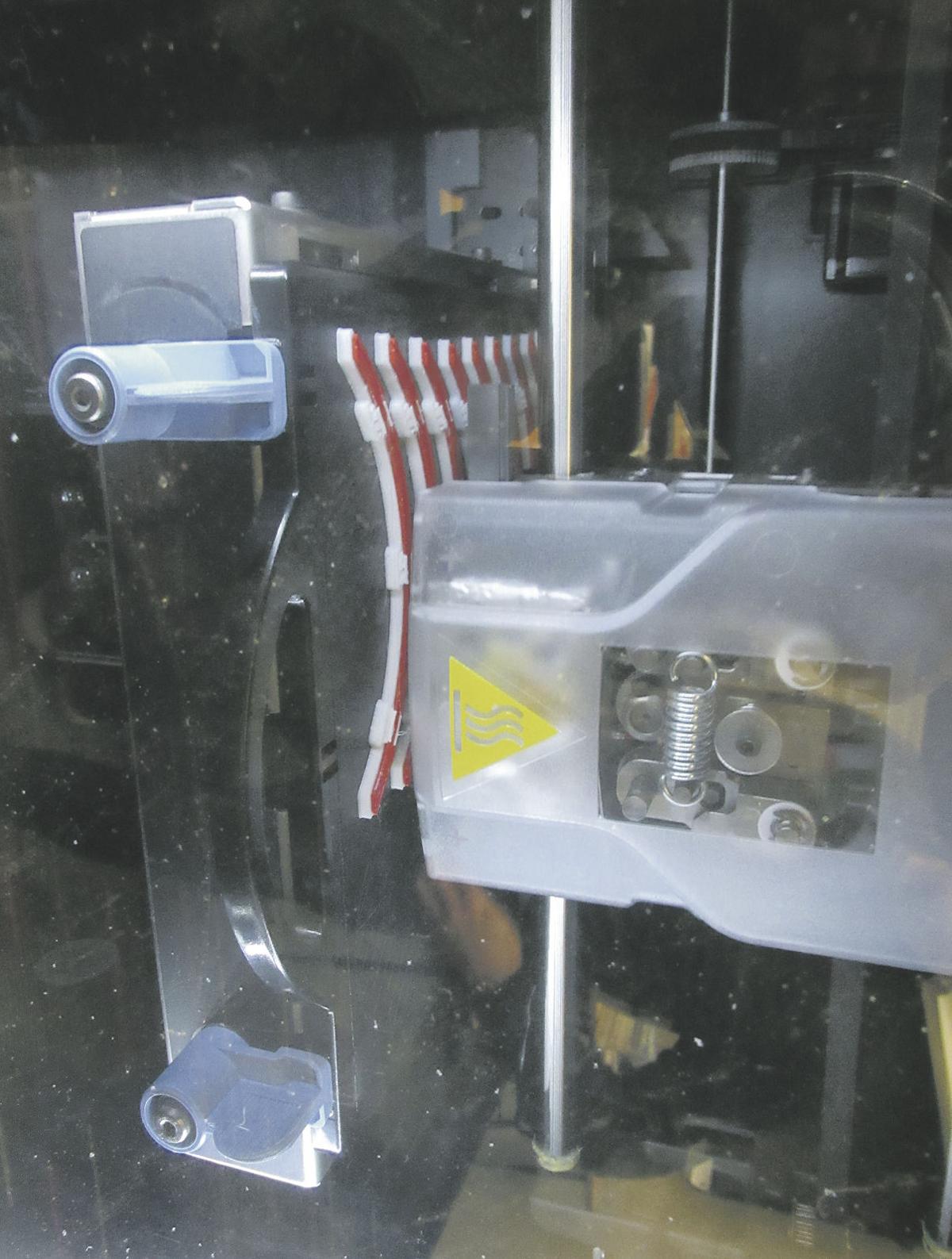 One of the 3D printers in the Otsego Northern Catskills BOCES New Visions Engineering classroom 3D prints components of a face shield on Thursday, April 2. 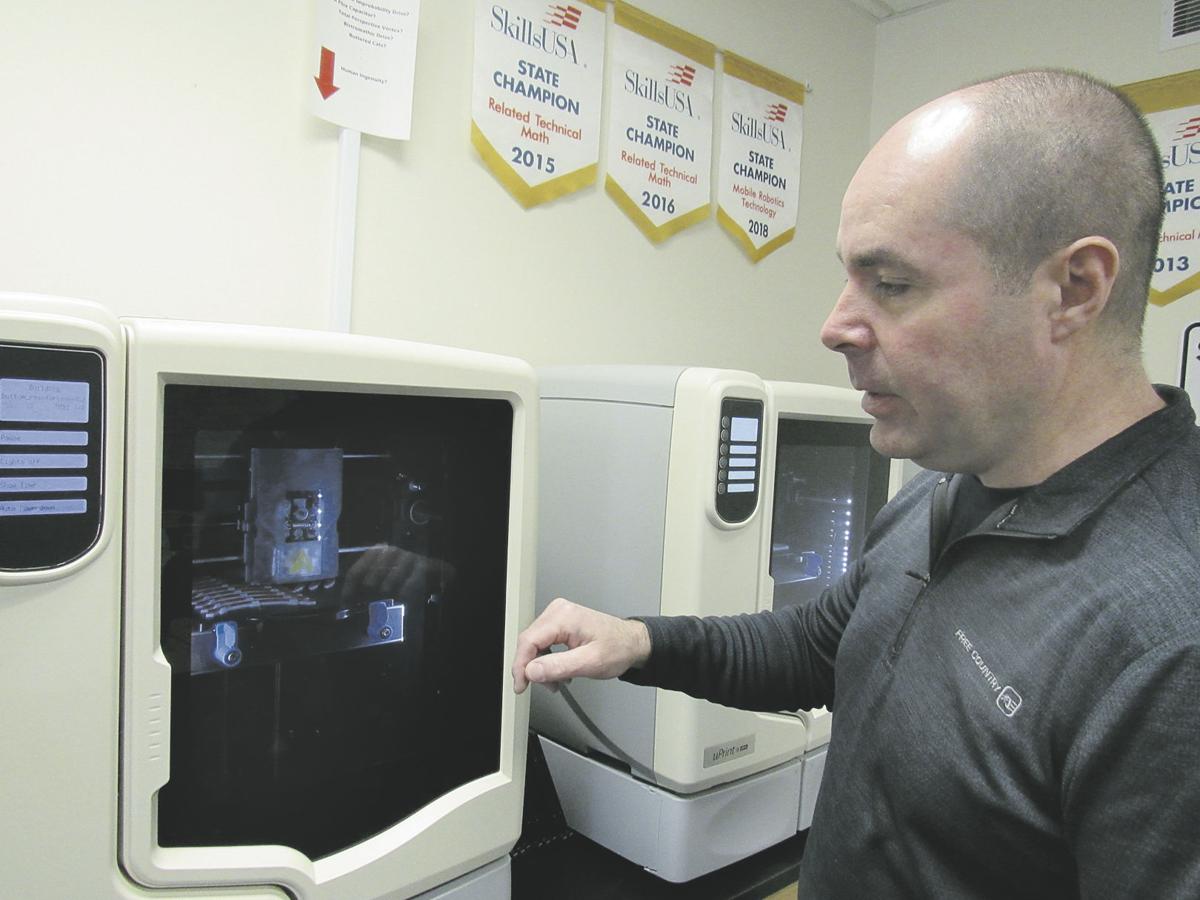 One of the 3D printers in the Otsego Northern Catskills BOCES New Visions Engineering classroom 3D prints components of a face shield on Thursday, April 2.

For local three-dimensional printing enthusiasts, a hobby has turned into a way to help fight the COVID-19 pandemic.

With students out of school, Otsego Northern Catskills BOCES New Visions Engineering Instructor David Morell uses his classroom to churn out personal protective equipment to donate to those in need.

The instructor said that shortly after the schools closed, local groups and Dr. Reginald Knight from Bassett Healthcare Network contacted him to see if he could help. That weekend, he picked up his son from the Georgia Institute of Technology and took note of printing operations there.

"They were already printing there, so I got the files from them for the face mask," Morell said.

The first step of 3D printing is to design a digital file using special software, Morell said. The 3D printer then reads that file and builds a solid object based on the file's instructions, he said.

Three 3D printers hum and whir steadily as layers of material stack on top of each other. These pieces taking shape almost look like cookies baking in an oven but instead of snickerdoodles, they are vital pieces of health equipment — face shields and N95 face masks.

"It's anything we can do to help with the situation," Morell said, adding that he's provided files to Huntington Memorial Library to use with its 3D printer. "It's obviously serious for anybody, not just one group or geographic area."

The materials, such as the plastic overhead sheets being used as visors for the face shields, were donated by local school districts, according to a media release from ONC BOCES. Morell said the equipment has been or will eventually be donated, via county emergency managers, to emergency medical service groups and also to Bassett Healthcare Network. He said sanitizing the materials is the recipients' responsibility, but that he takes care to keep the work environment clean.

Morell said if school resumes while there's still a shortage of personal protective equipment, students will be able to take part in these efforts. Students have already used their 3D printing skills to help other local businesses like the Hartwick Historical Society and the Catskill Regional Teacher Center, he said.

"I get students involved anytime they have a real life project in the community," Morell said. "If they're doing stuff in real life, that's more valuable than the canned projects I give them."

Ivan Potocnik, Toni DiPalma, Shawn Daley and Ryan Quigley are friends from upstate New York and Massachusetts with nine 3D printers between them, according to their group RIST 3D Printing's website.

They formed RIST 3D Printing in mid-March, DiPalma said. The crew produces more than 100 protective medical shields each day, according to Potocnik, who is a SUNY Oneonta alumnus.

DiPalma said she came up with the idea after pondering how personal protective equipment could be produced locally, instead of waiting for a federal response.

"I think it's shocking that the answer for health care professionals is to wear a scarf or a bandanna," DiPalma said. "That's just deplorable to me."

After a thorough sanitizing process, the group donates the personal protective equipment to an ever-growing list of hospitals and essential businesses and employees, including Bassett facilities, Springbrook, Davenport emergency medical technicians and more.

Potocnik said requests have been overwhelming at times, and things like supply chain interruptions and plastic shortages have been challenging. The crew members all have full-time jobs or are in college, DiPalma said. Speaking to The Daily Star while peeling prints off the print bed, Potocnik said they balance this with their volunteer work mainly by "not sleeping."

Still, DiPalma said it is well worth the exhaustion and loss of free time.

"If we lose a little sleep or stay up an extra hour and a half, that’s an extra 16 people we can get protected," she said. "When you think about how easily this spreads, stopping 16 people from getting exposed can make a huge difference."