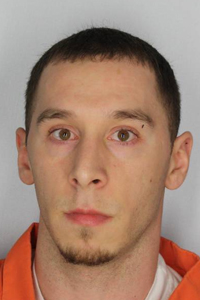 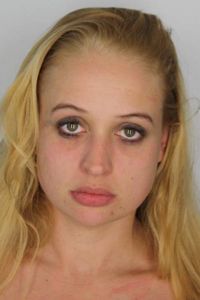 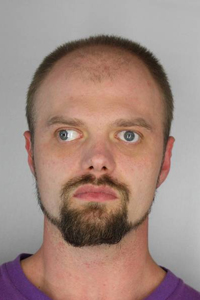 Two men and a woman are being held at Delaware County Correctional Facility today after they were charged in what authorities called a brazen home invasion robbery motivated by a desire to take money and drugs.
Arrested this week on a sealed indictment were Amanda M. Gahan, 27, of Walton, Leon G. Grizzard, 27, of South Kortright and Andrew T. Dougherty of Delhi.
The arrests were carried out by Delaware County Sheriff's department deputies, assisted by the department's new K-9 member, "Ozzie," and state troopers based at the Margaretville/Stamford station.
Gahan and Grizzard were arrested at a Hobart residence where police said they seized a quantity of heroin, hypodermic instruments and marijuana.
Undersheriff Craig DuMond said the trio last year invaded the home of two people involved in the local drug trade, tied up the man and the woman and pistol-whipped both of them. At the time, they were clad in black clothing and at least one was wearing a patch stating "DEA" - the initials of the U.S. Drug Enforcement Administration.
The victims of the home invasion were identified by authorities as Christopher Pashley, 30, and Kimberly Pashley-Johns, 29, both of Walton. The two were among seven people who were charged by the Sheriff's Department in December on charges of selling heroin.
The Delaware County Probation Department officers also assisted in the investigation.
Gahan, Grizzard and Dougherty were charged with first-degree robbery, first-degree burglary, petit larceny and criminal mischief.
Grizzard and a fourth person who has not been implicated in the home invasion,  Jeremy A. Key, 35, of Hobart, were charged with possessing marijuana and a hypodermic instrument.

Dougherty was arrested at the county jail where he is serving a sentence for an unrelated crime.

DuMond said the investigation into the home invasion robbery  is continuing and noted there may be an additional arrest.