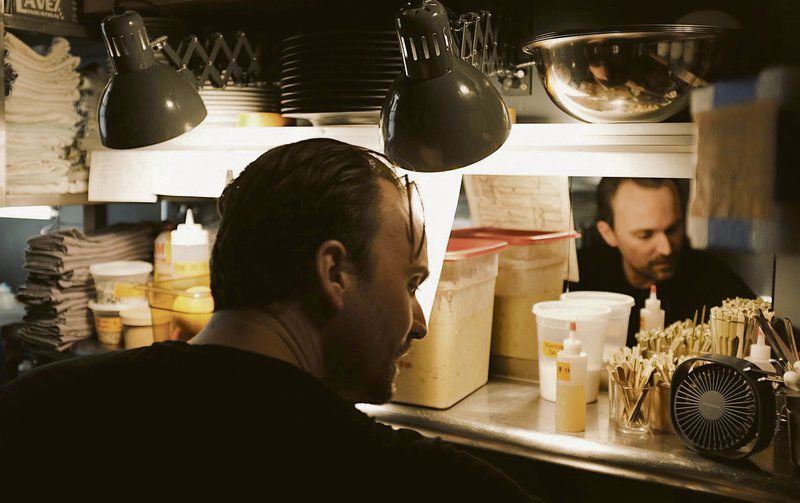 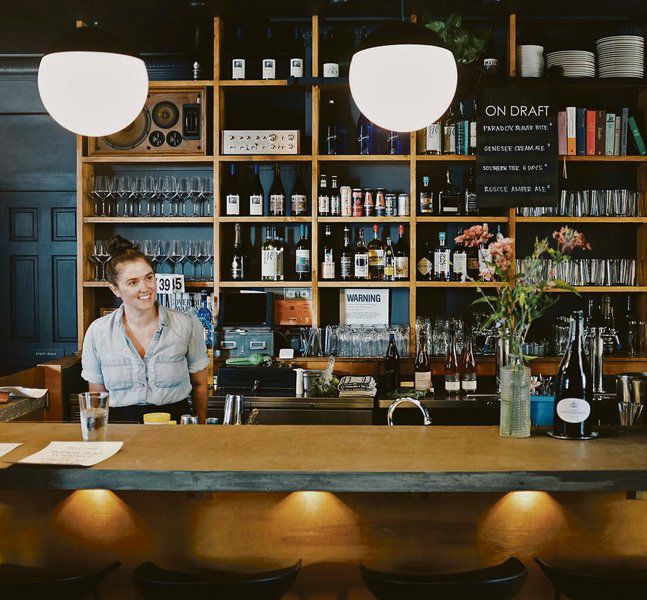 Despite the name of their new Delhi eatery, restaurateurs Eden Rehmet and Jake Adams are full of ideas about creating fresh plates and classic cocktails. The pair opened Hollow at 84 Main St., No. 3, in early August.

Rehmet, 35, said she and Adams, 38, met in California, but his roots for the last decade have been in New York City kitchens.

“Jake has been working as a chef in the city for last 10 years,” she said. “He started off as a musician, touring for about 15 years, and we ended up meeting in California, but after that, he went to New York and really started looking at what to do for his next career.

“He started at Milk Bar under (founder) Christina Tosi as a delivery driver,” Rehmet continued, “and worked his way up to chef de cuisine.” Tosi, she noted, is part of the Momofuku restaurant group.

Adams took his culinary prowess on the road, Rehmet said, working with restaurateurs around the country before settling upstate.

“We had gotten a weekend house in East Meredith and quickly started to reconceptualize what our life plan was,” she said. “Even though we’re not originally from around here, we both grew up in small towns. After doing L.A. and New York City and the chaos of those cities, the thought of integrating back into a small-town vibe was like, ‘Hey, let’s do this.’ This is the small town that we chose to be our home town.”

“We’re trying to do a mixture of high-low; it’s casual food, but elevated,” she said. “We’re focused heavily on shared plates and we have these seemingly simple dishes, but when you get them, they’re really interesting and complex.

“We have a southern bent to our menu, but it’s basically what’s available and what’s fresh and good,” she continued. “I’m originally from Texas and Jake is originally from New Zealand, so the menu is a melding of where we’re from, but with the influence of Jake gaining his craft under the Momofuku group, so there’s also a lot of Asian influence, too.”

Though the menu will change with seasonal availability, Rehmet noted, early favorites have included a short-rib sandwich with pickled accents, duck-fat potatoes and cornbread with from-scratch smoked poblano butter. She said, headed into fall, the latter will shift to an apple-cheddar cornbread with “some sort of maple butter.”

From the bar, Rehmet said, customers can expect the classics: Manhattans, old-fashioneds and martinis.

“You need to learn the classics before you branch out,” she said, “but we might do some interesting twists once in a while.” A summertime favorite, she noted, has been Hollow’s “ranch water,” combining tequila, lime juice and Topo Chico mineral water.

“We’ve set it up so that there’s a little bar and the kitchen is very tiny,” she said. “We’ve created a space to come and have a cocktail and hang out, have a full meal, or just have snacks. A place where you can hang out for a few hours without any pressure to leave is what we’re going for.”

“The response has been generally very good,” she said. “We’re trying hard to make sure everyone is having a good experience and it seems like people are very pleased.”

“Word-of-mouth has been spreading heavily and we’re getting a lot of full-timers and weekenders, people from Bovina, farmers, our neighbors and retired people who have ended up here,” she said. “We want everyone to come in and it’s been a real mix.”