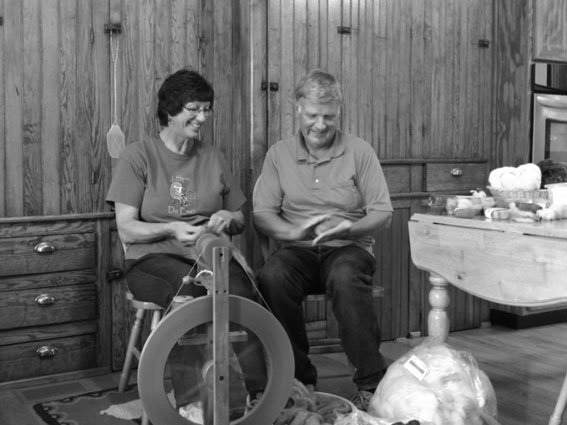 Photos by Cathy B. Koplen Debra and Doug Dutcher spin and craft wool at their home in Otego on Monday. 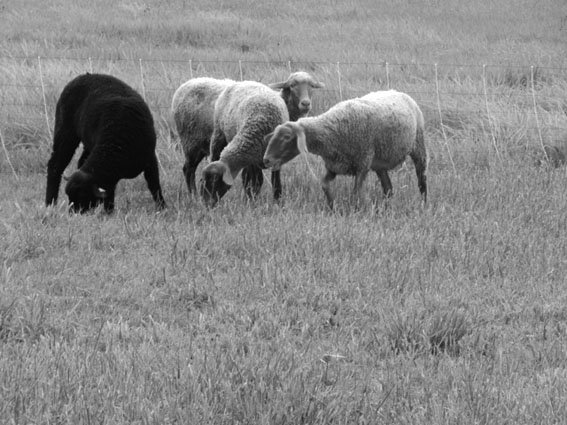 Sheep graze in the field of the Dutchayr Farm in Otego on Monday.

Photos by Cathy B. Koplen Debra and Doug Dutcher spin and craft wool at their home in Otego on Monday.

Sheep graze in the field of the Dutchayr Farm in Otego on Monday.

The Dutcher family love sheep. They love the wool, the breeding stock and the show animals.

Doug Dutcher has been raising sheep since 1965, when he was just out of 4-H classes.

“My family had a dairy farm, and I thought it would be nice to take out a flock of sheep,” Dutcher said. “Sheep have been big part of our family for a long time.”

Dutchayr Farm, in Otego, has been an institution in the sheep community for decades. Dutcher is involved in judging sheep at county fairs, 4-H events and at the Cooperstown Farmers’ Museum.

When Doug met and later married Debra Dutcher, she had been fascinated with natural fiber for some time.

“It was a natural fit,” said Debra Dutcher. “We were married in 1982, and by 1988 I was spinning wool on a pretty regular basis. One wheel lead to another. I have my old stand-by — my original spinning wheel — the one I take out for demonstrations and lessons. I have one that is made from PVC pipe.”

Debra Dutcher is often found at the Cooperstown Farmers’ market, where she sells spun wool and crafted items from the family’s sheep. Some of the crafts include tiny sheep made from the sheared wool, felted ornaments and a felted wash cloth made around a bar of artisan soap.

“I wash the wool and then I send it out to a lady in Sherburne who cards it for me. Her place is called Dream Weaver,” Debra Dutcher said. “I use all sorts of things to dye my wool — natural dyes that come from plants like dahlias, sumac, goldenrod, beets and onion skins. I also use synthetic dyes and I have even used Kool-Aid.”

The Dutcher family raises three breeds of sheep — Tunis, Romney and natural colored sheep. The colored sheep are black, brown, grey or red colored sheep. The Romney sheep, which have big, puffy white wool, come from the marsh lands of Kent England. The Tunis sheep were introduced to North America by George Washington, who accepted them as a gift.

“You know the Tunis were almost wiped out here during the Civil War,” Doug Dutcher said. “It is just recently that they are off the watch list. They come out pure red and then they turn lighter and just have the red face.”

Dutchayr Farm has about 60 breeding ewes. The family runs the farm, each member pitching in and cultivating an expertise in various aspects of the sheep business. Doug and Debra are both retired from the public school system, and until recently managed their sheep business while working full-time.

“Our daughters really help out, we couldn’t do it without them,” Doug Dutcher said. “Even now, they come with their husbands and the grandkids and help with the sheep. Our daughters grew up with the sheep. They always had a special animal, and they did 4-H shows. They do a lot of the showing at the fairs.”

Both Debra and Doug are active in local and state sheep organizations, where they serve as officers managing criteria to keep sheep flocks healthy and vibrant in upstate New York.