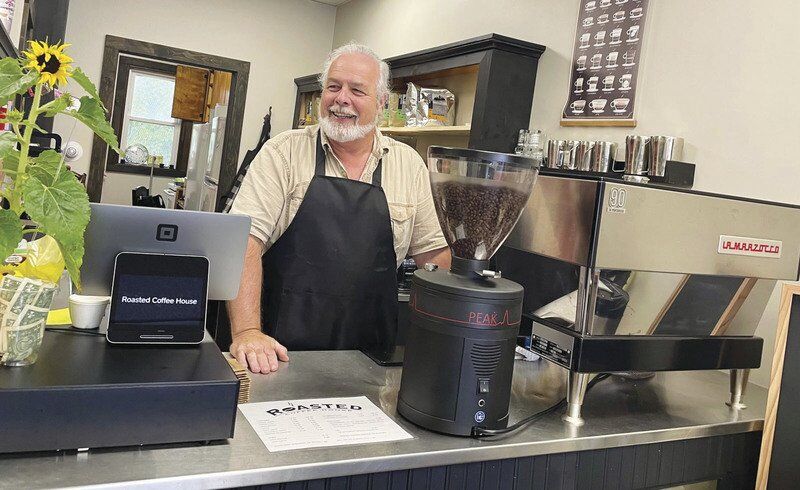 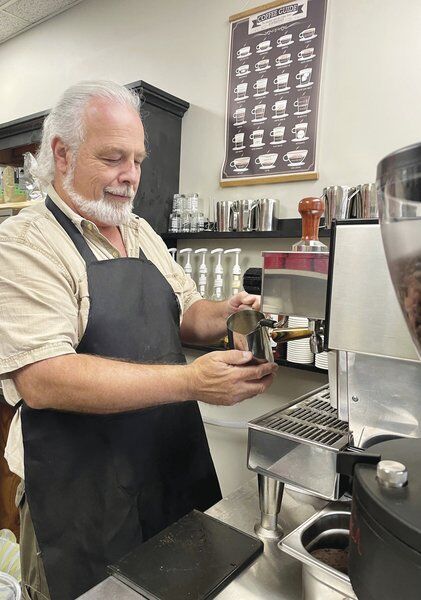 Throughout the COVID-19 pandemic, Sidney residents Bill and Terri Heath let their next professional move percolate. After months of research and renovation, the pair launched Roasted Coffee House at 36 Main St. earlier this month.

“We own the building, and Pennysaver had moved out, and we came up with a list of things to maybe put in there,” Bill Heath said. “We actually had a couple people look at it, but they were all service groups, not retail, and we wanted to do retail, so we decided on a coffeeshop.

“That was about a year and a half ago,” he continued. “We did a lot of research and started renovation in March of last year, right when COVID hit, and we also put a suite in upstairs to be an Airbnb.” Previously, Bill noted, he was a 30-year employee of ACCO Brands and, in 2014, started a painting and wallpapering business.

“We are going to do specialty coffee — espressos, cappuccinos, lattes, that type of things; different types of coffee, and most of our coffees are fair trade and organic; we’re doing 18 flavors of tea, and it’s all organic; all-natural smoothies; and we have four different bakers that we’re dealing with, so we’ll have breads and pastries,” Bill said.

“And we’re going to do special hot or cold teas of the week,” Terri said. “A lot of them are low caffeine and herbal and really, really good. There’s a cranberry and pear tea that’s to die for — it’s so refreshing and just different from your basic iced tea.”

“Suzy’s (Bakeshop Cafe) is closing (this month) … and Trackside (Diner) is up for sale,” Bill said, “so we’re the only coffee shop on Main Street and you can’t get any specialty drinks in Sidney.”

The Heaths said, while they expect to see a varied clientele, members of the Sidney community have been especially eager for Roasted’s arrival.

“It’s been very, very positive and people are excited,” Terri said. “I think we’re going to hit the locals and the people that come into town. I think Sidney is actually changing and getting more productive: there’s more stores, and the Community Cultural Center will bring people in as far as the arts community goes and there are a lot of out-of-staters that have bought property locally recently.

“I’ve had several of those people actually really excited about it,” she continued. “So, I think we’re going to hit pretty much anybody that likes coffee, or tea.”

The Heaths noted that their participation in Sidney’s Main Street Market Square series, held in the lot adjoining their Main Street building, will further highlight the coffee shop.

“We’ll have coffees there for tastings,” Bill said, “and that’s every Saturday through October.”

Proceeds from the Saturday, July 24, market, the Heaths noted, will benefit the Delaware Valley Humane Society, for which Terri is board president and Bill serves as board secretary.

And, the Heaths said, they’ve got plans for growth brewing,

“We’re just seeing how it goes,” Bill said. “I’d like to add a pavilion or gazebo and have seating out there, so people can sit outside and enjoy their baked goods with coffee or tea, and add bistro-type tables out front on Main Street.”

“With the Airbnb suite that we just opened becoming successful, we’re going to put in another (upstairs rental space),” Terri said, “and our guests can have good coffee.”