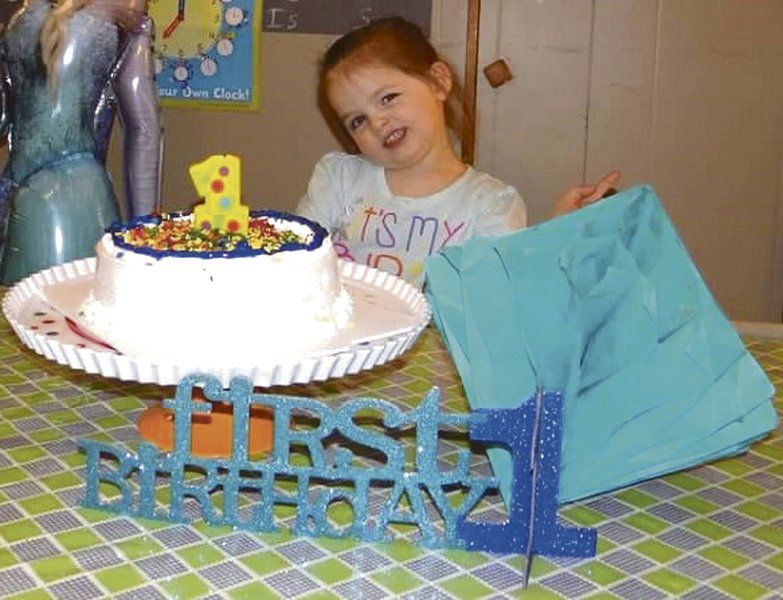 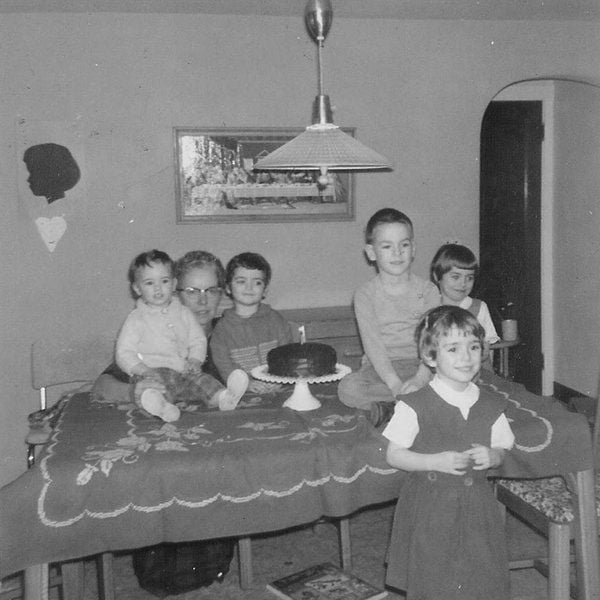 ContributedWalton resident Paula O’Brien, front, is pictured at 4 years old celebrating her ‘first’ birthday party in 1964 with siblings and her grandmother. She celebrates her '15th' birthday on Saturday.

ContributedWalton resident Paula O’Brien, front, is pictured at 4 years old celebrating her ‘first’ birthday party in 1964 with siblings and her grandmother. She celebrates her '15th' birthday on Saturday.

Leap year began as a corrective measure, but for locals born on Feb. 29, there’s nothing wrong with being a leapling.

According to history.com, the concept of a leap year was introduced by Roman dictator Julius Caesar in 46 B.C.

“The ancient Roman calendar system was based on a total of 355 days in a year — a full 10 ¼ days shorter than a solar year, which is the length of time it takes the Earth to make one complete orbit around the sun,” the site states. “To keep the calendar system in line with the seasons, Roman officials were supposed to insert an extra month every so often, but by the time Caesar began to rule, the calendar had gotten seriously out of whack.”

To compensate, the site says, Caesar sought input from astronomers, choosing to add an “intercalary,” or leap, day every four years.

Today, the site notes, there are about 4.1 million leaplings, also known as 29ers, worldwide and “the chances of having a leap birthday are one in 1,461.”

For parents Brooke Leech, of Milford, and Kelly Phelps, of Masonville, having a leapling was something to, well, leap about.

“When I was pregnant, she was due in March, so honestly I didn’t think about it, but I had pre-term labor,” Leech said of her now-8-year-old daughter, Piper, born in 2012. “That was the first time I even thought about it, and then I became determined to have her on Leap Day.”

“The second I found out I was pregnant and they gave me a tentative due date of March 4, I said, ‘I guarantee I’m going to have it on Leap Day,’” Phelps, mother of 12-year-old Braylee, said. “I thought it would be really special and just awesome and I felt it in my gut the whole time.”

Kids, too, said they enjoy standing out, even if it means a missing birthdate most of the time.

“I love it,” Piper  said. “My grandmother said it should be called the ‘Month of Piper,’ because I don’t really have a birthday. I’m feeling pretty excited, because I can’t remember the last time I had a real birthday.”

“It’s kind of weird, but a lot of people think it’s cool,” Braylee, a sixth-grader at Sidney Central School, said. She said older leaplings can claim to be younger than they really are.

Braylee, Kelly noted, was the first leapling of 2008 born at Wilson Hospital in Binghamton.

“We were given the star treatment,” Kelly said. “WBNG interviewed us, we got a time capsule and I still have the news clipping and segment. They treated us like superstars and it was pretty special.”

Walton resident and leapling Paula O’Brien is turning 60 (or 15), and said she shares the opinion that leapling status is “special.”

“You could look at it negatively, I just choose not to,” she said. “When I was younger, I did feel a little cheated about not having birthdays when everyone else did, but my parents were really good about it. I came from a family of six kids … and my parents always made me feel really unique, so I thought, ‘Everybody gets a birthday every year; only special people have one every four years.’ I liked it because it made me different; that’s the way I look at it.”

O’Brien, too, said she fondly retains a newspaper article detailing the day she was born. She said she is celebrating her 60th with a trip to Ireland.

For Edmeston parent Shelby Brooks, her 2016 leapling, Knox, came as a surprise.

“I didn’t even expect to have a leap year baby, so it was overwhelming at first,” she said, “because I thought, ‘My kid doesn’t have a birthday.’ It’s still weird; I’ve had four years to adjust and it’s still weird that this is the year it’s actually happening.”

Brooks said she has planned a large, frog-themed first birthday party for her son, though the family typically celebrates on Feb. 28 and March 1.

“He tells me he’s 4, but he doesn’t quite understand it,” she said. “We tell him he has a special birthday and they have a book I was going to order for him called ‘Mommy, Where’s My Birthday?’ that I think might help.”

A Feb. 29 birthday does come with its challenges, leaplings and parents said.

“Kindergarten was hard,” Kelly said. “When the teachers explained to other kids about their birthdays and there was no actual Feb. 29 on the calendar, it was confusing, but as (Braylee) has gotten older and matured into a little woman, she’s actually getting it and … starting to embrace the idea.

“For years, she was mad at me and thought I chose her birthday, because I had to have her via C-section,” Kelly continued. “But it is pretty neat and we want her to know how special she is to us, even if we don’t get to celebrate as much as we should on the calendar. For her first birthday, we had a huge party for her and about 50 friends and every four years we try to do something extra special for her. This year, we’re going to Florida.”

“That would be the negative — when your license expires or different things happen, you can’t get your own birthday in there because it doesn’t exist, but it does,” O’Brien said.

“When we try to do things online, or even on insurance, any time you go to put in that birthday, quite frequently they don’t recognize the 29th,” Phelps said. “It’s gotten better as she’s gotten older … but in the beginning, it was very strange, because you could never find anything with her actual birthday on it.”

“When (Piper) was younger, she would get upset about it because she couldn’t understand,” Brooke said. “She was in the paper before, and I think that helped her understand that it was special, because she knew all babies didn’t get to be in the paper.”

“A lot of (leaplings) have trouble finding places that actually count their birthday,” Brooks said, “but there’s actually quite a few people trying to make it (be) recognized … (as) an actual day, because on your calendar, it doesn’t say Leap Day.”

Brooks said she is part of a social media group for leaplings and parents of leaplings. When Knox is old enough “to understand how special he is,” she said, the family plans a trip to Anthony, Texas, known as the Leap Year Capital of the World.