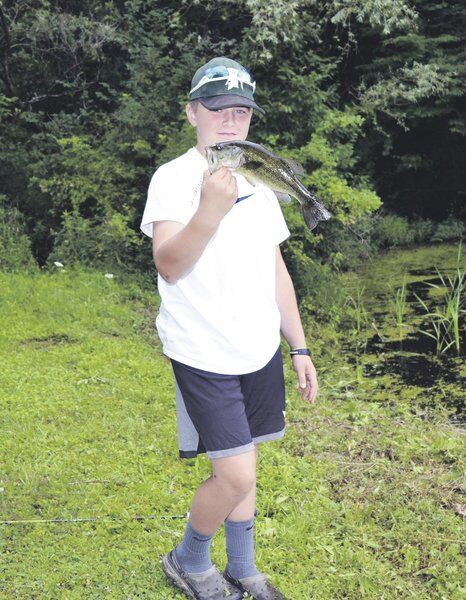 Allison Collins Xander Johnson, 12, of Unadilla, holds up a bass caught in a private Unadilla pond in late July. 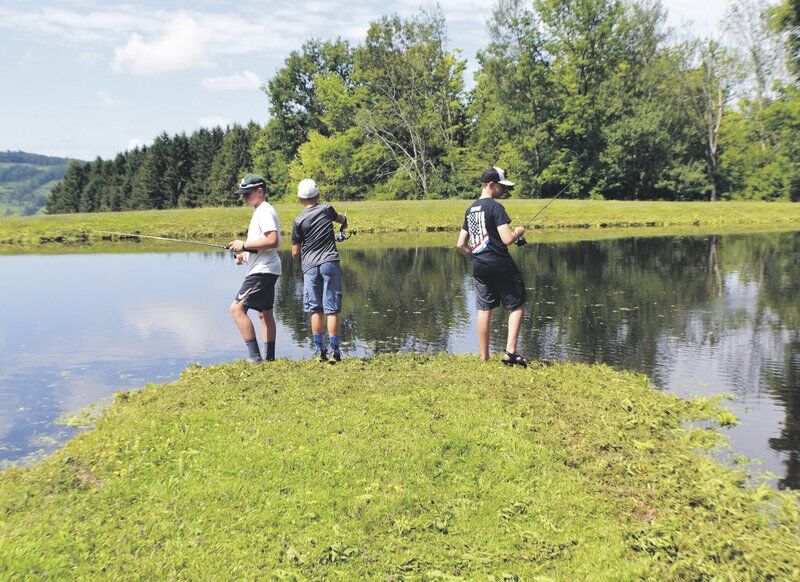 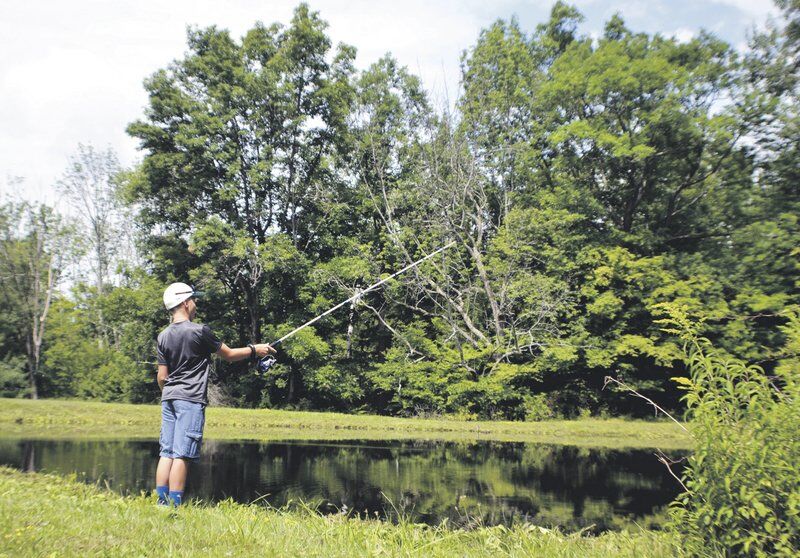 Allison CollinsBryce Seymour, 13, of Unadilla, fishes at a private pond in Unadilla in late July.

Allison Collins Xander Johnson, 12, of Unadilla, holds up a bass caught in a private Unadilla pond in late July.

Allison CollinsBryce Seymour, 13, of Unadilla, fishes at a private pond in Unadilla in late July.

As the pandemic caused by COVID-19 has people casting about for things to do, many are choosing to drop a line — a fishing line.

According to Regina Willis, citizen participation specialist with the New York State Department of Environmental Conservation in Region 8, fishing license sales are up 30% from last year.

“Across the state, we’ve seen an increase in New Yorkers looking for recreation outdoors during the pandemic,” Willis said in a written statement. “What better (way) to spend time outside than experiencing New York State’s world-class fishing opportunities?” For newcomers to the sport, Willis recommended the DEC’s “Beginners’ Guide to Freshwater Fishing,” available online.

A bump in the number of anglers, Willis said, has been compounded by pandemic-related manufacturing and distribution issues, leaving sporting-goods store shelves sparsely stocked.

“DEC has seen both a greater interest in fishing, as well as issues with the supply chain,” she said. “If anglers encounter reduced stock on shelves in stores or slower-than-usual shipping from online retailers, try another form of angling for which tackle is available.

“Also, people can use this as an opportunity to try out some new techniques with gear you can purchase or may already have,” Willis said. “Brushing the dust off an old lure can sometimes be very productive.”

“It’s a lot of people that never fished before, saying, ‘What do I need?’ and we try to help them out for whatever area they’re fishing in — river, pond, reservoir, but once we sell it, we can’t replace it, because the system’s broken,” Mallery said. “We can’t get it — fishing lures, ammunition, rifles — and it’s not just us, it’s everybody. Our supplier used to be a four-day turnaround from Michigan, but now it’s four to six weeks.”

While first-time anglers might be testing the waters due to a lack of alternative activities, Mallery said, the sport has reeled them in.

“They’re liking it and they’re having fun with it,” he said. “Number one, because they’ve got nothing else to do, and number two, because it’s fun. It’s entertaining, but once that supply chain runs dry, they’re going to need to find a new hobby.”

“Most people are still pretty well shell-shocked, but they need something to do and a lot of activities that usually happen in the summer aren’t happening," he said. "Normally, people would be other places, like resorts and amusements parks … but if you can’t go to the beach, you’ve got to look for mountains.

“We have a pretty low infection rate, and people are looking for places to go that’s safe,” Carpenter said. “It’s people from downstate, wherever they had a big scare. I would say there are more people in the area, because they’re trying to stay away from crowds, so in general, more people are fishing and more families than usual.”

Carpenter, who said he, too, has been affected by manufacturing issues, noted that the spike in interest and correlative lack of supplies is nationwide.

“It’s a hard thing to order right now,” he said. “It’s every department; (the supply chain) is completely broken … so I’m ordering different than I used to. You really have to do some research and you don’t order what you want, you order what’s available. Things are out of stock, so if you didn’t order heavy when you could, you can’t get anything.

“It’s all the way across the country: parks, campgrounds and anybody that’s sells camping supplies are blooming,” he said.

Willis said the DEC has responded to the pandemic and increased interest with virtual resources.

“Both DEC’s website, dec.ny.gov/outdoor/fishing.html, and local tackle shops are great resources for people looking to try fishing locally,” Willis said. “DEC’s also created new live specials, videos and at-home tools and games for New Yorkers who are homebound or cannot go far for a nature break during the COVID-19 response.” The first installment of “Adventure at Home” featured fishing, she said. It can be viewed at dec.ny.gov/outdoor/120387.html.

Unadilla resident Nicole Seymour said her 13-year-old son, Bryce, and his friends have welcomed the chance for more time on the water.

“They’re definitely (fishing) more this year,” she said, “because we have a lot more time and the kids aren’t in school. The kids all love it; they could do it all day.”

Fishing from the edge of a private pond in Unadilla and flanked by fellow fishermen and Unadilla residents Xander Johnson, 12, and Brayden Nichols, 12, Bryce praised the sport’s pandemic-friendly nature.

“It’s basically the only thing you can do during Corona,” he said.

“Right now, I’d be playing baseball,” Johnson said, “but this is more peaceful, and you don’t have to talk to people.”

“It’s a good way to get off your phone and I’ve been here all during quarantine,” Nichols said. “It’s something to do and it’s a good way, if you’ve got friends who fish, to become better friends.”