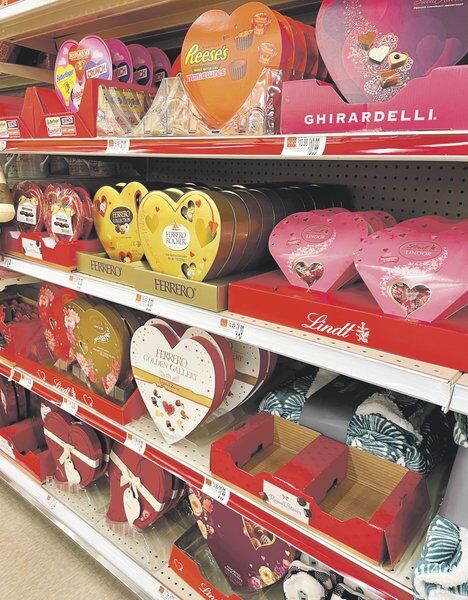 Allison CollinsGifts and boxes of chocolate line the shelves of an Oneonta store earlier this month. 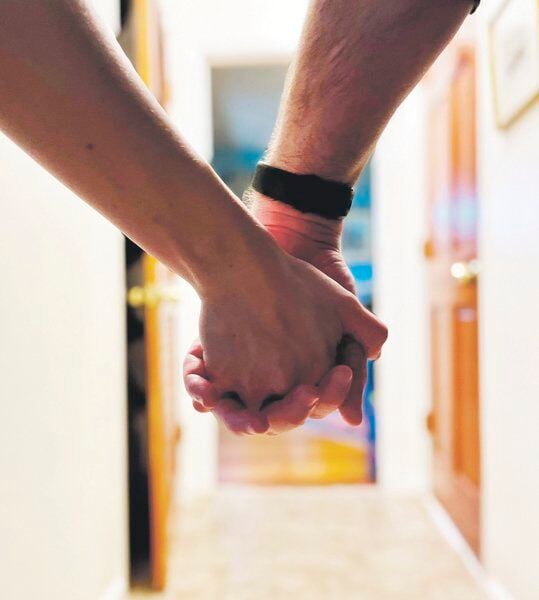 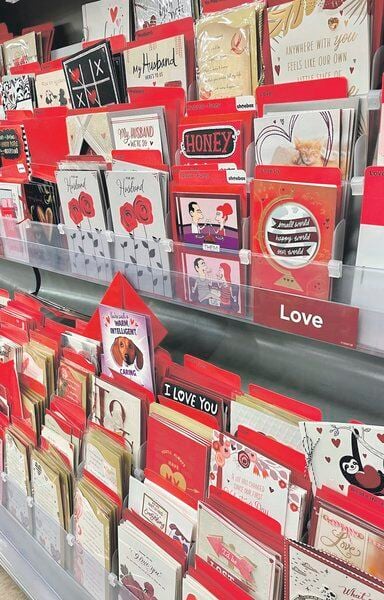 Allison CollinsValentine’s Day cards are displayed at an Oneonta store in early February.

Allison CollinsGifts and boxes of chocolate line the shelves of an Oneonta store earlier this month.

Allison CollinsValentine’s Day cards are displayed at an Oneonta store in early February.

According to an area expert and long-married and newlywed couples, the pandemic caused by the spread of the virus will affect how and why people mark Valentine’s Day this year.

Jeanette Tolson, a licensed clinical social worker and American Association of Sexuality Educators, Counselors and Therapists-certified sex therapist at Transcendent Counseling and Consulting in Oneonta, said pandemic-induced quarantining has inevitably changed how couples relate. Tolson, who established her private practice five years ago, said she sees clients from Chenango, Delaware and Otsego counties and, with the increase in telehealth services, “from New York City and all over the state.” Tolson said she is the only certified sex therapist between Albany and Binghamton.

“People are struggling; it is hard,” she said. “(Before the pandemic), we were able to go out of the house and work, then come home and reconnect at the end of day. Relationships thrive on mystery, and that’s kind of lost for a lot of people who are stuck at home 24/7. Now, what’re you going to catch up on at the end of the day? So, that’s a huge part of it, that lack of mystery, and I don’t think anybody thought it would go on this long.

“Another piece is that, especially for people who are working from home, they lost their opportunity to transition from work to home,” Tolson continued. “So, they struggle to reconnect with that loving, romantic feeling because they have work brain and work is sitting right over there, calling to them.”

Stressors related to the pandemic, Tolson said, have also pushed relationships to the back burner.

“When we are stressed in a lot of our areas, our relationship is not the first thing we put our resources in … but, if we’re struggling in our primary relationship, we have less energy to do other things,” she said. “It’s similar to doing your workout in the morning; if you do, then you have energy for the rest of the day. That’s how our primary relationships work: if you put effort into that, it feels good and then you have more to give your kids and work and hobbies.

“People who have children have been significantly impacted,” Tolson continued. “Some (kids) are not going to school, or some not as frequently, and there’s a bigger lack of babysitters or, if you had family helping, maybe now you can’t expose them because they’re fragile themselves,” she said. “This takes priority over investing time and energy in our primary relationship.”

Tolson said, while such factors have taken a toll on relationships, Valentine’s Day offers a chance to reaffirm connection.

“It’s good to take the opportunity to make sure we’re rediscovering our partner,” she said. “Ask, what is still true for you? What are some of the goals we have for our relationship over the next year, the next five? What are your personal goals? It’s taking the time to check in about some of those things we used to spend time on.

“I think definitely, even if people didn’t celebrate it before, making it special this year (is important),” she continued. “Have it be a reminder or a check-in about ‘How have we invested in our relationship over the past year and what could we do?’”

Tolson said, despite restrictions related to the pandemic, couples have options when it comes to celebrating.

“Come up with a plan for the kids — have them watch a movie in another room while you watch yours; cook a special dinner together; get a new recipe; get special takeout and have a picnic on the living-room floor; there are hotel rooms available, get a hotel locally. If you can take a night off during the week, it will be a lot cheaper and it doesn’t even have to be on the day; it’s, what can you do this month or this week?”

The Gottman Institute, Tolson said, has an app available through the Apple App Store and Google Play called “Gottman Card Deck.” The app, she said, offers “topics and conversation-starters to help couples find things to talk about other than the kids, house or finances … and it offers ideas to spice up the romance.”

Newlyweds and Oneonta residents Elizabeth and James Macak, 23 and 21, said, though they don’t typically put much stock in Valentine’s Day, this year is significant. The Macaks were married in October 2020 after dating, James said, for “a little while.”

“We didn’t have a date last year; last Valentine’s, he was still trying to impress me,” Elizabeth said.

“I feel like I don’t care about it too much, but, because it’s our first one, it should be a little special,” Elizabeth said. “I definitely enjoy holiday traditions and just to do all of them together is fun.”

“I think the first one is important, because it’s a new season,” James said. “They still continue to be super special, so it’s important to do something sweet each year.”

While the Macaks noted that “there are enough things open and we still go out to restaurants and stores,” they said they will likely stay in.

“It’ll be sweet and it’ll be a nice dinner and just a sweet, relaxing evening,” James said.

Twenty-six-year-old Rome resident Kim Hoffman, formerly of Cooperstown, said she and husband Caleb, 21, will also celebrate their first Valentine’s Day this year. The Hoffmans were married in August 2020, after dating for two years.

“We don’t typically make a huge deal of it,” Kim said. “He’s an accountant, so it’s harder this time of year. We do a lot of things outside of Valentine’s Day, before and after. It’s never been a huge deal for me, personally, or him, in other relationships. Maybe I’ll make something a little fancier for dinner.”

Whatever the size or timing of the gesture, Kim said, doing something is worthy.

“I think it’s always nice to show some sort of way to say, ‘I love you,’ whether small or big,” she said. “For us, it’s always been in the small things. Last year, he got me a box of chocolates from a local store and I made him these little KitKat bar things. It’s never been huge for us, but more about a kind gesture. That’s pretty much what we keep it to.”

Becci and Brian Cutting, of Unadilla, said, after nearly 28 years married and four children together, Valentine’s Day is less about the holiday and more about intent.

“It doesn’t have to be right on the day,” Becci, a teacher at Otsego Christian Academy, echoed. “When we were early married, we’d dress up really nice and go out to a really fancy restaurant. We don’t do that now, but we do usually try to do something.”

The Cuttings said pandemic life forced a slower pace and Valentine’s Day will be an extension of that.

“Initially, it was scary … but it was kind of nice how life slowed down,” Brian said. “We had more time to breathe and rest, so it was actually kind of nice. (Valentine’s Day) is beneficial for our relationship, because we’re able to slow down and not just be like two ships passing. We don’t do dates as much as we should, so it’s a good reason to do one.”