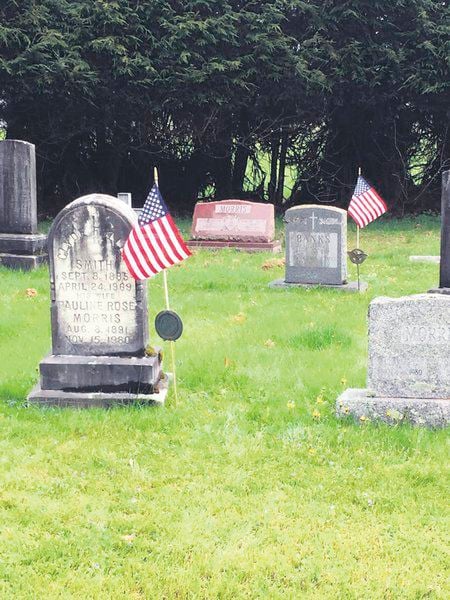 ContributedVeterans' graves in a Morris-area cemetery are marked with American flags in a photo taken earlier this month. 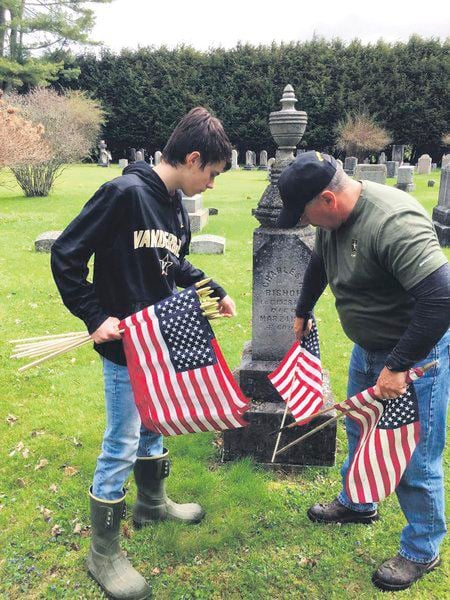 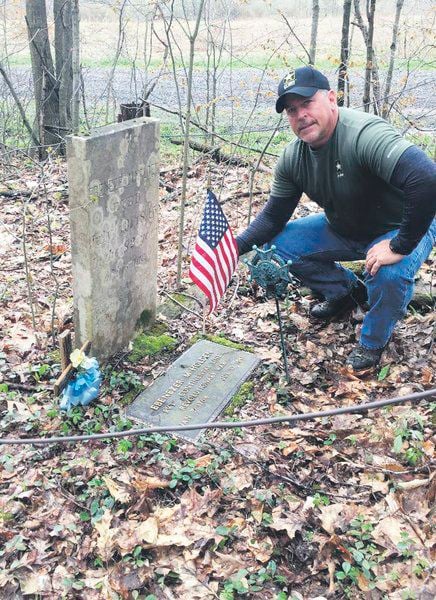 ContributedVeterans' graves in a Morris-area cemetery are marked with American flags in a photo taken earlier this month.

For veterans, Memorial Day is a perennially somber time, more about remembrance than refreshments. With veterans’ organizations canceling or modifying their typical observances because of the pandemic, area veterans said, this year’s Memorial Day will feel especially subdued.

“This year, we’re going to try to do something small at the Legion where we can social distance,” incoming Post 183 commander and Unadilla resident Ed Bentlyewski, 69, said. Bentlyewski is a nine-year member of the Sidney post and retired Army veteran.

“We generally do the parades in Sidney, Sidney Center and Masonville,” he said. “We start out at the cemetery, then march into town and throw a wreath into the river at the bridge in Sidney, then at the (Sidney Veterans Memorial Park) we do a rifle salute and that’s where we have a speech from the commander. The parade right in Sidney is good and (the parade in) Sidney Center always gets a good turnout; they lost a lot of people in Vietnam for such a small place, so they take it very seriously.

“(Memorial Day) is a time to reflect on all the friends you lost — and quite a few of the (Post 183) guys are combat vets; I’m not,” he said. “They’ve seen guys die on the field and it’s a time to remember them and pray for their souls and their families.”

“There’s usually the parade,” he said, “and this year we’re going to do something similar to what we usually do, but without the parade. We’re meeting at the veterans’ memorial in Walton Cemetery and we’ll have the Legion prayer, opening statement, the setting of the wreath, benediction, the gun salute by the Post 32 Honor Guard, the playing of ‘Taps’ and the raising of the flag.

“It’s all stuff we’d normally do, but normally we’d have high school students do the Gettysburg Address and read ‘In Flanders Fields,’” he said. “So portions of it, we’re not going to do. It’s a big deviation … with no high school band playing and no members of the auxiliary giving a talk. The public is invited to the attend the ceremonies, but they must follow appropriate (social distancing).”

Army veteran and 25-year legionnaire Jim Benjamin, 52, is commander of Post 1135 in Morris. Given the post’s small size, about 20 active members, and member demographics, he said, the decision was made to cancel all Memorial Day activities.

“For our Memorial Day service, we usually have a parade at 10 and it starts at school, with the firetrucks and us legion members and any military vets leading the way,” he said. “The fire department and the school band are a big part of it and we march through town to Hillington Cemetery, where we have a podium set up and … that’s where we have our service.

“This year, we just decided to cancel,” he said. “There are too many elderly people in our community and … elderly Legion and emergency squad and fire department members, so we just couldn’t take a risk trying to pull something off.”

Benjamin saisd, together with his family members, he will focus his Memorial Day efforts on cleaning veterans’ graves in Morris and the surrounding communities, marking each with a new American flag.

Local legionnaires said, given the public involvement and popularity of typical Memorial Day events, the loss will be felt by veterans and community members.

“The parade itself is … usually a pretty big deal,” Rutherford said. “It’s a big disappointment having to do this, obviously.”

“It’s a bummer,” Bentlyewski said. “(Other members) feel about the same — we’re all missing it and all getting a little cooped up. A good amount of our guys are retired, so the only time they got to see anybody was when they got to go down to the legion … and now they’re sitting home.”

“We hated to do it, but we had to do it,” Benjamin said. “It’s unfortunate; nobody likes it, but it’s what had to be done.

“For the military community, Memorial Day is a big deal,” he said. “You have a great deal of care in taking care of those that led the way before you and some gave the ultimate sacrifice. For vets, we’re all about honoring the day and honoring the veterans that are buried.

"We know for a lot of people, it’s the kickoff of the barbecue season and we’re OK with that; that’s why people joined the military, to give people the right to do that kind of thing," he said. "But we do appreciate it when they come out to the parade and put their hand on their heart. There’s a lot of people we see (at the Memorial Day parade) in the community every year and a lot of them clap when the vets go by … so it’s going to be missed for sure, but we’ll have next year to look forward to.”

NEW PORT RICHEY, Fla. - Evelyn Smith Geertgens, 97, of New Port Richey, Florida, formerly of Franklin, passed on July 4, 2020. Services will be later with interment in Franklin Cemetery. Donations may be made to hospice.