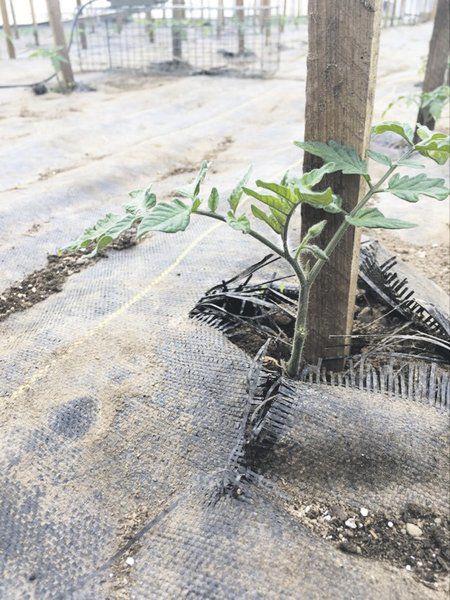 Allison CollinsA tomato plant comes up in a Unadilla greenhouse earlier this month. 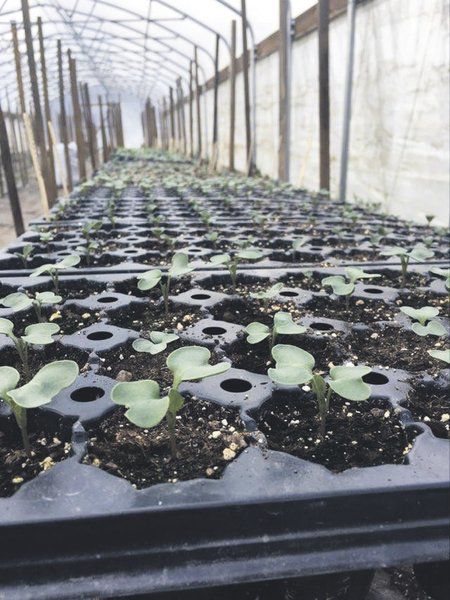 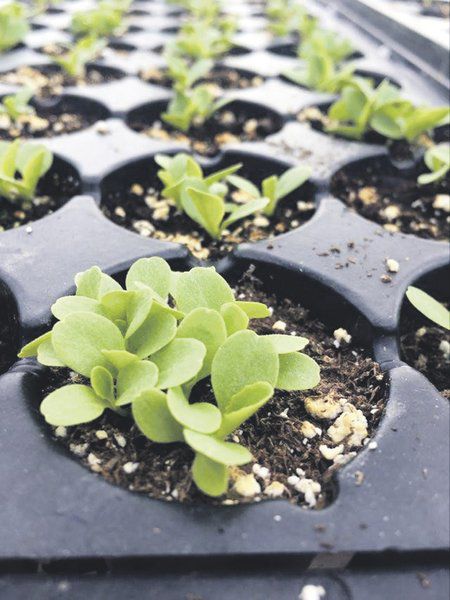 Allison CollinsA tomato plant comes up in a Unadilla greenhouse earlier this month.

The pandemic caused by the new coronavirus has cultivated concerns about food shortages and, as a result, a back-to-basics solution is taking root.

Area experts said they’ve seen interest in vegetable gardening and seed sales shoot up in recent weeks, regardless of demographics or experience.

“Even before the pandemic, we were already getting more younger folks interested in going back to a more natural way of living and having concerns about food security, sustainability and wanting to grow food at home,” Carla Hegeman Crim, horticulture educator with Cornell Cooperative Extension of Delaware County, said. “But with the pandemic, things just exploded.”

“There’s been a huge uptick,” Jeff Serko, a vice president with the Page Seed Company in Greene, said. “Typically, we’re in a downswing right now, but we’re seeing it with people all across the country. People are ordering seeds that don’t usually re-order. They’re restocking and everyone’s home … and we don’t know what’s coming with the food supply, so it’s a great time to get outside.”

“That week, Johnny’s Selected Seeds sold twice as many seeds to home growers as they had during the same week last year,” it stated.

In the same article, Victory Seed Company founder Mike Dunton said, “It feels like we are selling toilet paper,” with the company’s website warning of an 18- to 24-day backlog.

Similarly, the Times’ March 25 article “Food Supply Anxiety Brings Back Victory Gardens” said, “The idea (of planting a Victory garden) resonates, as trips to the grocery store become fraught with fears of coronavirus exposure and shoppers worry that industrial agriculture could fail them during a pandemic.”

Consumers, experts said, are digging in with easy-to-grow, utilitarian crops.

“Vegetables and herbs are the first things people think of,” Crim said. “Especially if you want to direct-sow, then (try) things like beans and squash.”

And, in the March 28 article, Burpee CEO Jamie Mattikow said, “Vegetables are driving it. There’s a really, really high interest in vegetables.”

With interest increasing, Crim said, so is the need for reliable resources. Area CCE branches, she said, are offering exclusively online instruction, including many how-to courses on vegetable gardening.

“You’ve got people at home, some with all this time on their hands that they can devote to nurturing and raising a garden,” she said. “The nice thing about the internet is that there is a lot of great information out there, but there is also a lot of misinformation and confusion.

“One of the things I noticed right away is that all these people went out and bought seeds, but didn’t know what to do with them,” Crim said. “Some people planted them all at once in the house, with no light, and there are real intricacies to timing and lighting, so there does need to be some hand-holding if you’ve never done it before. That was a real opportunity for us to jump in with classes online … and really focus our educational efforts on things related to food security and sustainability.”

The March 25 article said: “With panicked shoppers cleaning out stores, and basic foods like dried beans and potatoes becoming increasingly difficult to track down, even those with no gardening experience are searching for do-it-yourself videos.”

“We had a seed-starting class twice last month with 30-something in it,” she said, noting that most Zoom sessions attract 20 to 40 viewers. “People are adaptable and it’s amazing to see people of all ages tuning in and asking great questions. We’re trying to give them the support they need while learning how to garden virtually and making plans for when we can get together again.”

Crim said she will likely offer a third session of “Seed-starting Success” on Monday, April 27, via Zoom.

If you can’t find seeds for sale, but have some remaining from past seasons, Crim said, that’s probably fine, as most varieties have a “surprisingly” long life.

“There are a few that don’t live as long, like parsnips and onions,” she said, “but other things hold on for years. It’s smart to do a germination test; just sprinkle (the seeds) on a wet paper towel … and if they start to shoot up, they’re still good.

“And there are things you can do to prolong the life of your seeds,” she said, recommending storage in a cool, dark, dry place. “For most of us, the basement is the coolest, darkest room, but if your basement gets wet, store (seeds) in a shoebox with a packet of silica gel and that will keep them nice and dry and you can use them year after year.”

“Small local nurseries will sell seeds and have good selections,” she said. “The big box stores are getting picked over very quickly and much more so than in past years.”

In addition to the Page Seed Company, pageseed.com, which she said offers “very affordable and very good” retail and bulk seed orders, Crim mentioned sellers such as the Stamford Farmers Cooperative, Fruition Seeds, Harris Seeds and Annutto’s Farm Stand in Oneonta. At the start of this week, according to the New York State Department of Agriculture and Markets, horticulture businesses were designated non-essential, except for “nurseries and greenhouses selling food-producing plants.”