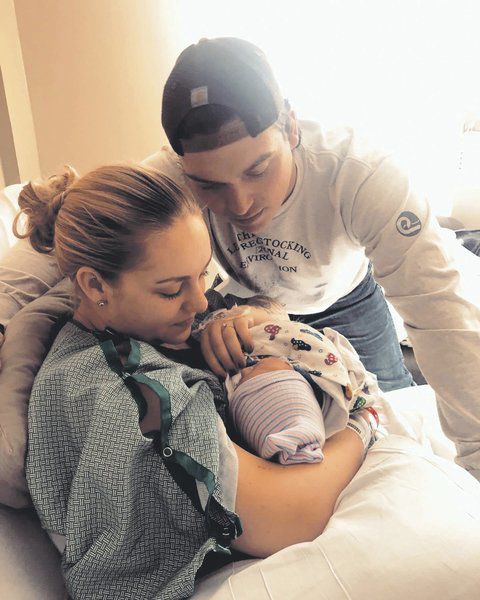 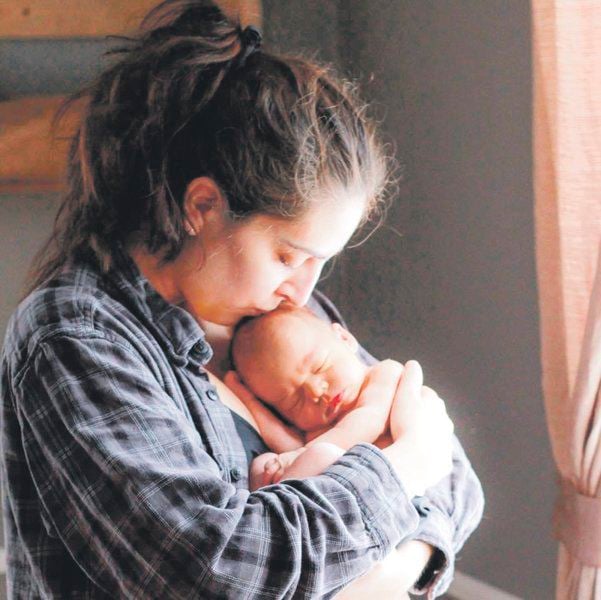 Most moms-to-be expect new motherhood to be hard, but no one was prepared to navigate the "fourth trimester," or the 12-week period following labor and delivery, during a pandemic.

For recent first-time moms, the usual worries over jaundice, maternal healing, nursing and infant weight gain suddenly became overshadowed by concerns around safety, masked doctor’s visits, how and when to introduce grandparents and if stores would still have diapers and wipes. Several local new moms said, though the pandemic caused by the spread of the novel coronavirus has, in many cases, meant more time home, it has also brought isolation and increased anxiety.

Robin Stasilli, nurse manager of perinatal and pediatric nursing at the Bassett Birthing Center in Cooperstown, said, because the state of emergency was declared on March 7, through mid-June, the center has handled 240 deliveries. In a written statement, Bassett Public and Media Relations Director Karen Huxtable-Hooker said the center handles about 1,000 births annually and covers a nine-county area.

Stasilli said, beginning in the delivery room, new moms have had to adapt.

“We pride ourselves on being a family-oriented experience and, with all the visitor restrictions, that was the biggest change for people, and it happened really quickly,” she said. Stasilli said, after Bassett adopted pandemic policies, each delivering mother was allowed one “support person.”

“That (support person) stays with (the mother) for the duration of the stay, and they literally can’t leave the room and if they do, they can’t come back in,” she said. “It was news to everyone, but people delivering now understand those restrictions … and that they weren’t decisions made by me and my unit, but what everyone determined would keep everyone safe.

“Initially, it was pretty chaotic, like it was everywhere,” she said, “but things settled down quickly here and it became the norm. When people come, visitors and patients, we only allow them into one entrance and exit … and they all have their temperatures checked and we monitor the dads’ temps. People are also given masks whenever they’re in a hallway.”

Stasilli said satisfaction scores have remained consistent through the pandemic and the center’s work is a constant.

“Birth is one way we maintain a sense of normalcy here,” she said. “Normal stuff is still happening in the midst of everything.”

Oneonta resident and new mom Cate Ayres, 24, said, while her Feb. 22 delivery in Binghamton’s UHS Wilson Hospital predated the pandemic, she has been coping with shifting expectations ever since.

“Everything was normal, and then the week we brought him home, things got crazy,” she said, noting that her son, Eli, required a week of treatment for jaundice. “Everything changed and nothing went the way I thought it was going to and it’s been really isolating.”

Oneonta resident Kimmy Alsheimer, 32-year-old first-time mom to son, Jude, said she, too, has spent the weeks after her March 6 delivery in Cooperstown adjusting.

“It was in the news and everyone was going crazy and they made me answer questions just before I went in,” she said. “I was in labor and they were scribbling down questions for me to answer, but it wasn’t even routine or guidelines yet, so it was just when it was all getting crazy.

“People were still thinking it was a problem in bigger cities, so we weren’t super-concerned about the coronavirus, but still a little on edge,” she said. “Once we got home and everything shut down, then I freaked out.”

“A lot of my family was supposed to come visit,” Ayres said. “But now I’m navigating my fears as opposed to what everyone says I should be scared of. I’m weighing the pros and cons of, ‘Do I let my family meet him now that numbers are decreasing?’ or, ‘Am I being selfish by letting people come?’ or ‘Am I ruining his immune system because he’s in the house all the time?’ so there’s the anxiety it’s brought on. ‘What am I doing and is it wrong?’ That’s what I ask myself all day, every day.”

“It was pretty sad, because my parents and his parents saw him the day he was born, and my parents live three miles down the road,” Alsheimer said, “but as soon as (quarantine measures) went into effect, we didn’t have them over, so they couldn’t see him for like two months. I think that would be the biggest con, that my parents and my husband’s parents and our friends and siblings couldn’t actually see him.”

“We moved here to be around family and now we have no one who can watch our son,” she said. “That’s been, hands-down, the most challenging. We decided to start a family when we did, knowing we had all these family and friends around to help and we’ve had no help, so that’s been the hardest, from five weeks postpartum for the indefinite future, to not be able to see my mom and just be alone in this.”

Alexis Newman, 25, of Oneonta, said, while she delivered her son Leiland at the Bassett Birthing Center in late November, her new motherhood experience has been similarly impacted.

“We had a couple months, but were still kind of leery because of flu season, then the pandemic hit, so he didn’t get to meet too many people,” Newman said. “I’m originally from New Jersey, so none of my family has been able to meet him. My grandmother, his great-grandmother, can’t hold him and my mom can’t hold him.”

That missing support system extends beyond family members, moms said, but the absence of in-person socialization has given way to a different kind of connection.

“In our whole group of friends, everyone had a baby this past year, but we haven’t been able to get the kids together,” Newman said. “We’ve done a lot of virtual things, like FaceTime or Facebook Messenger, so I feel like that has kind of made us a little closer. We’re all home, not really working and we can’t do anything and nothing’s open, so we’re always texting each other, so in that aspect, it makes us a little more connected. It’s good to have all those things to be in contact.”

“There’s a few moms that gave birth around the same time that I did that I talk to on a daily basis, just asking, ‘You good?’ and checking in,” Tyler said. “That’s been a great support system. So, we’re completely alone, but we’re not alone, because all these other people are alone, too. It’s nice to at least have that text-message camaraderie.”

“Everyone’s been reaching out to check on us,” Ayres said. “Because I’m a younger mom, a lot of older friends and people have been checking up.”

“There’s a local moms’ group,” Alsheimer said, “so we’ve been chatting and I’ve been texting with them a lot, because we all had our babies at the same time.

“My husband and I struggled with infertility for three years, and I’m a little older, so when I finally got pregnant, I’d gone to so many of my friends’ houses with newborns to meet their babies and I was really looking forward to that. I was pumped to have friends come over … but that didn’t happen.”

Despite the isolation and increased concerns, moms said, the pandemic has provided more time for immediate family members to bond.

“My husband had taken three weeks’ paternity leave, but it magically tuned into three months,” Alsheimer said. “He was working, but he was home all day, which made it great. Guys really don’t get that much time, and paternity leave isn’t a thing really in America, so having three months was awesome.”

“Everyone’s talking about going crazy with their spouse home,” Ayres said, “but having that time to bond as a family, I just think it really strengthened our core.”

“I was back to work for one day before the whole world shut down,” Tyler, owner of Studio B Performing Arts Academy in Sidney, said. “We’d been preparing for me to be gone for so many hours at a time … so it’s definitely given me more time with him and flexibility in that way, and that’s absolutely been a perk, but it’s still difficult.

“Working from home with an infant is no joke,” she said. “My barometer of a successful day has become if I showered, got laundry done and the baby got dressed … but, eventually, we are going to go back to normal life and working and having other obligations, so (my advice) is just to enjoy this time. A lot of people don’t get a surprise, extra-long maternity leave and looking at it that way is how I’ve stayed sane.”

The Daily Star's four-county region of Chenango, Delaware, Otsego and Schoharie counties has had 378 confirmed cases of COVID-19, and 18 death…