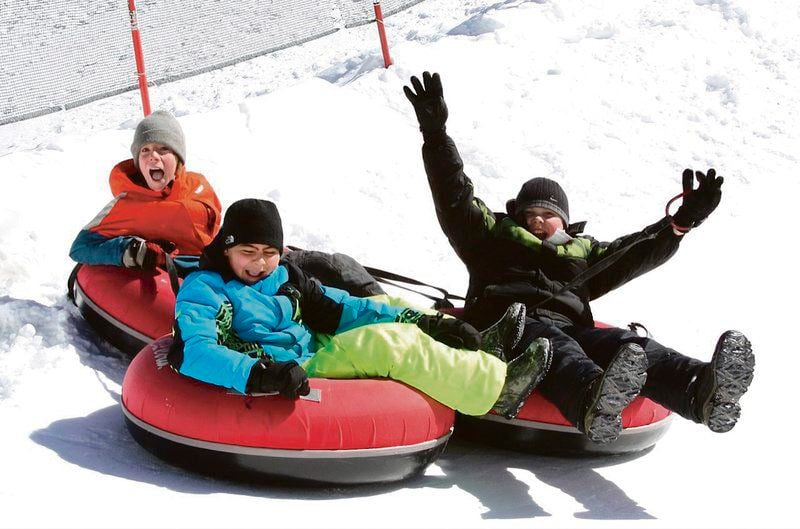 ContributedTubers at Plattekill Mountain in Roxbury finish a run in this undated photo. 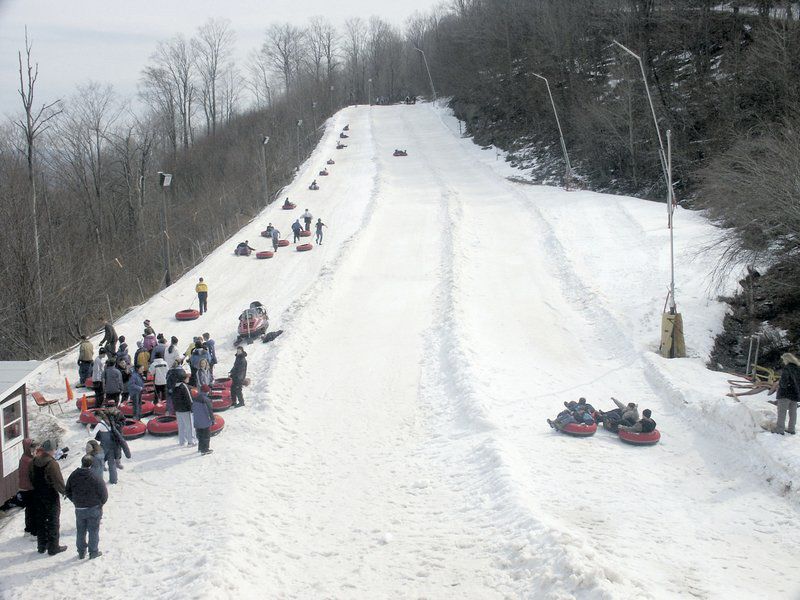 ContributedPlattekill Mountain opened its tubing park, pictured in this undated photo, in 2010. 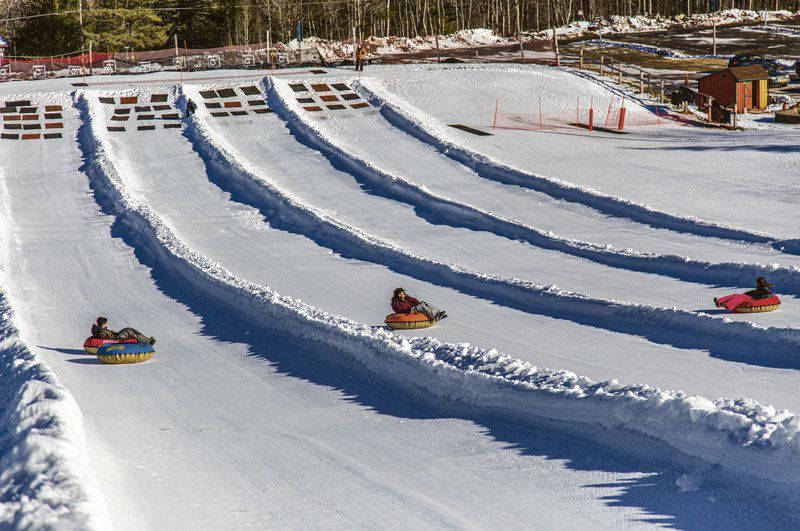 ContributedTubers at Plattekill Mountain in Roxbury finish a run in this undated photo.

ContributedPlattekill Mountain opened its tubing park, pictured in this undated photo, in 2010.

Less expensive than skiing and snowboarding and easier to master, snow tubing has emerged as a popular alternative for wintertime thrill-seekers.

Though various online sources state that cold-weather tubing likely originated in the 1820s in the Alps or turn-of-the-last-century Scotland, the activity gained contemporary popularity through the 1990s. Pocono Mountain ski resorts are credited with popularizing it after repurposing unused portions of resort property into sloped, tubing-only lanes.

“It started out as nighttime snow tubing, because we shared the trails where we taught beginner lessons and we had to wait until lessons would end,” she said. “But a few years ago, we actually converted that beginners’ area to a full-time tubing park so that we could have tubing available during the day … and now our separate tubing park is open from 11 a.m. to 7 p.m. on Saturdays and non-holiday Sundays from 11 to 4.” Tubing lanes are also open on holiday weekends.

“People were inquiring and wanting the option to not just have four hours at night,” Vajtay said. “It would get dark and be colder and people would be hungry, so it just limited it and we didn’t see a lot of overlap of skiers and tubers, so we were missing the boat by not opening up the opportunity for people who come to the resort but don’t want to ski.”

Plattekill, Vajtay said, features tubing lanes of about 500 feet from the holiday season through March 15.

Vajtay said, while Plattekill draws lodgers from “downstate New York and the Long Island area,” savvy day-trippers come from “the Oneonta area and north and south of Albany.”

“People travel for fun things to do on the weekends,” she said. “It’s a three-hour session, the way we sell the (tubing) tickets, and on a given weekend, we see a couple hundred tubers in a day.

“(The price) to go skiing — with rentals, boots and tickets — all adds up, versus three hours of snow tubing for $27,” Vajtay said. “So, it’s very affordable as an alternative to other winter sports.”

Dave Kulis, director of sales and marketing at Windham Mountain, said the Windham resort sees “70 percent of visitation from the New York City area,” but said tubing “has a fairly popular local and regional element.” Though Windham does not disclose yearly visitation figures, Kulis said, the resort “sees thousands of snow tubers in a season.” Windham’s tubing season, he said, is typically from December through mid-March.

Tubing at Windham is also limited to weekends, Kulis said.

“We have tubing on Friday, Saturday and Sunday, so really the number of guests snow tubing has much to do with the weather,” he said. Weather permitting, Kulis said, Windham features nine tubing lanes, about 650 feet long, across the street from the lodge, with onsite food and shuttle bus transport.

Jen Roe, marketing coordinator at Hunter Mountain, said the Hunter-area resort has hosted snow tubing for “at least the last 15 years.” From about November through March, Hunter offers 12, 1,000-foot lanes of tubing, depending on the weather, and tubing takes place “next to the hotel property, with its own snack bar and fire pit,” Roe said.

Roe, too, said visitors appreciate having options beyond skiing or snowboarding. She said Hunter does not track how many visitors tube annually, and said, “most guests come from the New York City metro area and Long Island or northern New Jersey.”

“I think it’s been steadily increasing in popularity,” she said, “because it’s something that’s a good alternative to skiing and for families that come with different ages … it just gives another element in the winter and you don’t have to be skilled (to do it).”

That user-friendliness, resort representatives said, paired with nostalgia, is a big part of the appeal.

“It’s popular because it gives people that feeling of sliding on snow that many remember as kids, but in a more controlled environment,” Kulis said. “Our lanes are sculpted by grooming equipment that creates a run that’s exciting and that you just can’t get in a backyard.

“It’s hard not to have fun sliding down a snow-covered hill,” Kulis said. “The big thing that separates snow tubing from skiing or snowboarding is that there is no learning curve. With snow tubing, we definitely see young and old, because it is something multiple generations can enjoy together.”

“It’s so easy to learn (and) it’s basically all the fun of sleigh-riding,” Vajtay said. “There’s no learning curve like there is with skiing or snowboarding and anybody can do it, not just ability-wise, but all ages, and families can do it together or grandparents and kids can do it, kids just need to be 3 feet tall.”

Young tubers between 33 and 41 inches tall at Hunter Mountain, Roe said, can ride in a double tube with an adult. Tubers must be 42 inches to ride alone, she said. According to windhammountain.com, Windham has “no height or age limits (for tubing), as long as (the rider) is tall enough to get in and out and sit up in the tube.”

“That’s new this year,” she said. “In the past, we had a handle tow where you’d have to sit in the tube and attendants would hook the tube on a handle. It was a whole process and it made it challenging for little ones and seniors. The new carpet lift it is like a conveyor: you just step on the carpet, take a tube and hold on and it pulls you and tube up the lift. It’s super-simple.”

“We get a fair amount of small groups,” Kulis said, mentioning schools, birthday parties and churches.

“You can book a party,” Roe said, “and that’s been super-popular.”

More locally and even more affordably, Glimmerglass State Park at 1527 county Road 31 in Cooperstown also offers tubing in January and February. According to parks.ny.gov, tubes are provided for $5, but there is no lift and the tubing hill is only open when there is snow on the ground. Updates are posted to “Glimmerglass State Park” on Facebook, or call 547-8662.