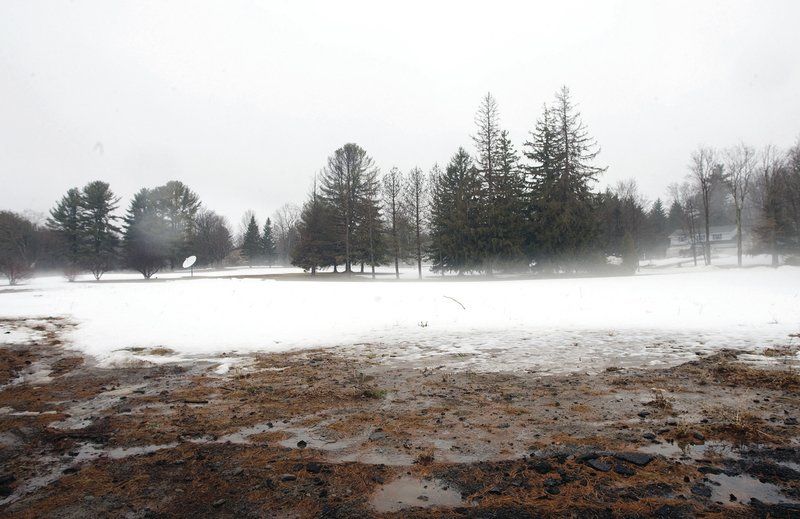 Benjamin Patton | The Daily StarThe former site of the Rexmere building is seen in Stamford on Thursday. 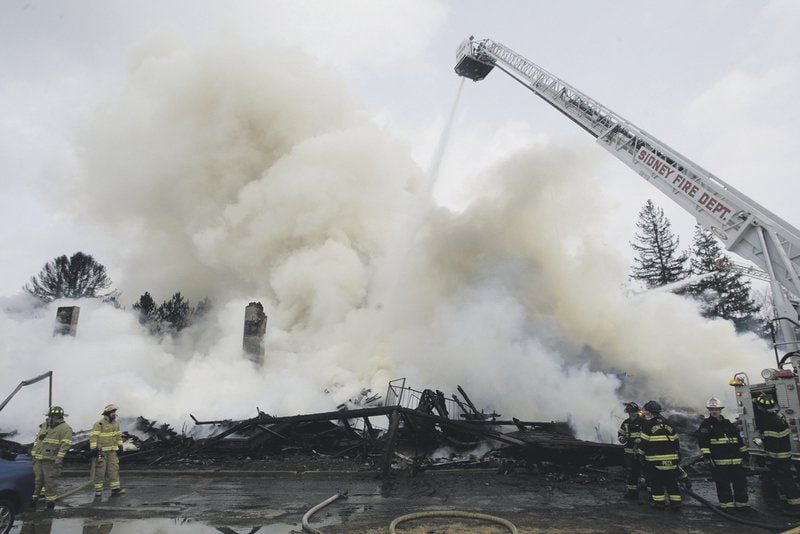 Benjamin Patton | The Daily StarFire fighters work to contain a fire at the old Rexmere building in Stamford in 2014.

Benjamin Patton | The Daily StarThe former site of the Rexmere building is seen in Stamford on Thursday.

Benjamin Patton | The Daily StarFire fighters work to contain a fire at the old Rexmere building in Stamford in 2014.

One year after Stamford’s historic Rexmere Building rapidly burned to the ground, officials don’t know what caused the inferno.

Despite an extensive investigation, and “quite a few different fire investigators” who scoured the scene day-after-day, what’s “fairly certain” is that the flames originated above the circuit breaker box, said Stamford Fire First Assistant Chief Don VanEtten, who was among the first responders at the scene on that March 25.

“They were able to trace it back to that general area,” VanEtten said Thursday, a day after the anniversary of the fire. “But, when it comes down to it, we just don’t know what actually set it off.”

“No official cause could be determined,” confirmed Steve Hood, director of Delaware County Emergency Services.

Stamford’s fire department, county and state cause-and-origin teams, fire investigation teams and state troopers with K-9 dogs trained to sniff out fire accelerants such as gasoline or kerosene worked vigilantly at the scene to determine a cause.

The Greenville-based insurance agency Eastern Mutual, with which the Rexmere was insured, also investigated at the scene, officials said.

“It was the largest fire I’ve ever seen.”

The absence of the statuesque seven-story landmark has meant more than just a missing building to the village of Stamford, several who knew it best said Thursday.

Those we fought the flames on that bitterly cold day were deeply affected, as well, according to VanEtten.

“We talk about it here almost every day,” he said. “It was the largest fire I’ve ever seen, and I think most of the firefighters in the county who were there would agree. We had six aerial trucks and countless fire engines. We were there until the wee hours of the morning.”

By 1 p.m., the roughly 50,000-square-foot “Queen of the Catskills” that stood at 159 Main St. for more than a century had been destroyed from the inside out, with only its tall chimney remaining.

At the scene that day, Vamosy called the fire “a nightmare.” Having been fire chief for only 11 months, the whole situation seemed “unreal,” he said. It also happened to be his birthday.

“What a way to be broken in,” Vamosy said a year ago. “It’s a shame. I never would have thought this would happen.”

More than 24 fire departments and between 300 and 400 firefighters battled the fire, VanEtten recalled.

Crews had been alerted at approximately 10:45 a.m. Within 15 minutes the building was engulfed in flames and gutted, Vamosy said. Because the building was so old and wooden, the flames raced quickly up the walls, spreading speedily from the first floor to the other six.

As huge plumes of smoke, which were visible for miles along County Route 23, filled the air, water was pumped from several tankers, surrounding hydrants, and the property’s small lake, which was frozen and had to be cut into with chainsaws, Vamosy said.

On its last day, the grand Rexmere hotel building served many purposes: It was home to a caretaker and his family who lived on the first floor; an exciting prospect for the man who was planning to purchase and restore it; a venue for a local musical group; and a point of pride for many residents of Stamford and Delaware County.

Donald Brown, the building’s former caretaker, was not home at the time of the fire. He lost most of his belongings in the blaze, but is moving on, VanEtten said. He still lives in the area.

“After the fire, I didn’t want to talk to reporters and I feel the same now,” Brown said Thursday.

When it burned, the picturesque Rexmere — which was built in 1898 and served as a hotel for more than 50 years — was just weeks away from being sold to a Manhattan-based artist.

It had been listed for sale with an asking price of $599,000, and a deal was in the works with a would-be purchaser involved in the art world, Hunt Slonem. He had recently spent more than $100,000 in updates to the building, including antique furniture and drapes, and was planning on turning it into a gallery in which he would display his work and that of other artists.

Contacted a year ago by The Daily Star at his Manhattan studio, Slonem said, “I was going to make this project my lifetime’s work. I’m really just too devastated right now to speak about it.”

After its hotel days, the building was renamed the Cyr Educational Center for the late educator Frank W. Cyr, who was noted for promoting shared services for rural school districts. After the building fell into disrepair, Cyr rescued it and transformed it into an educational center. It was Cyr who pushed for the creation of the BOCES program in Stamford, and some Otsego Northern BOCES administrative offices occupied a portion of the stately building’s space for several years.

At the time of the fire, the Rexmere was owned by a nonprofit organization called the Catskill Mountain Educational Center, which still owns and maintains the accompanying seven pastoral acres of property. The organization provides assistance to the ONC BOCES and component school districts in expanding and improving educational and cultural opportunities.

Bonita Chase, business manager at the Catskill Mountain Educational Center, said the organization worked quickly to ensure the property was secured after the fire, bringing in LCP Group, Inc., from Vestal to complete the cleanup. As part of the salvage of the property, the center columns of the building were spared and taken to the Railroad Station in Stamford at the request of the Stamford Historical Society, she said.

“Skip Heath was kind enough to facilitate their recovery with the assistance of volunteers from Boyle Construction,” Chase added.

While nothing is planned for the property, the Catskill Mountain Educational Center will continue to maintain the property and is working with Keller Williams Realty agents to offer the site for sale, according to Chase.

“We’re working on finalizing those details now,” Chase said. “CMEC recognizes the potential benefit to the economy of Stamford and the surrounding area if the property were to be developed. Furthermore, the income for the sale of the property would be used to fulfill the mission of our organization. ... Specifically, we will be using the money to offer small grants and scholarships to the rural school districts in the Otsego Northern Catskills BOCES region.”

The Rexmere provided visitors and natives “a window into past hotel architecture and a long-gone era of past time in the Catskills,” Chase said.

“As the Cyr Center provided assistance in so many ways to so many people, the loss is pervasive and will be felt for a long time,” Chase said.

“It was definitely a big part of the history of Stamford,” said Marianne Mukai, business manager for the Friends of Music of Stamford NY, Inc., which for 27 years used the Rexmere as a venue for its concerts.

“We had hoped the sale of the building ensured its presence for generations to come, but it was not to be,” Mukai said Thursday. “We were very fortunate to have moved our grand piano out of the space just before the fire because the building was to be sold.”

The Friends of Music concerts are now “graciously” hosted by the Robinson Terrace Skilled Nursing Facility, located across the highway from the former Rexmere site, Mukai said. But concert-goers and musicians miss the ambiance of the Rexmere.

“We were associated strongly with the building and we miss it a lot,” Mukai said. “This whole community misses it a lot. It was an elegant place. But it will live on in our many happy memories of being in the building.”

The Rexeme Hotel, a landmark in Stamford, burned to the ground on March 27, 2014.