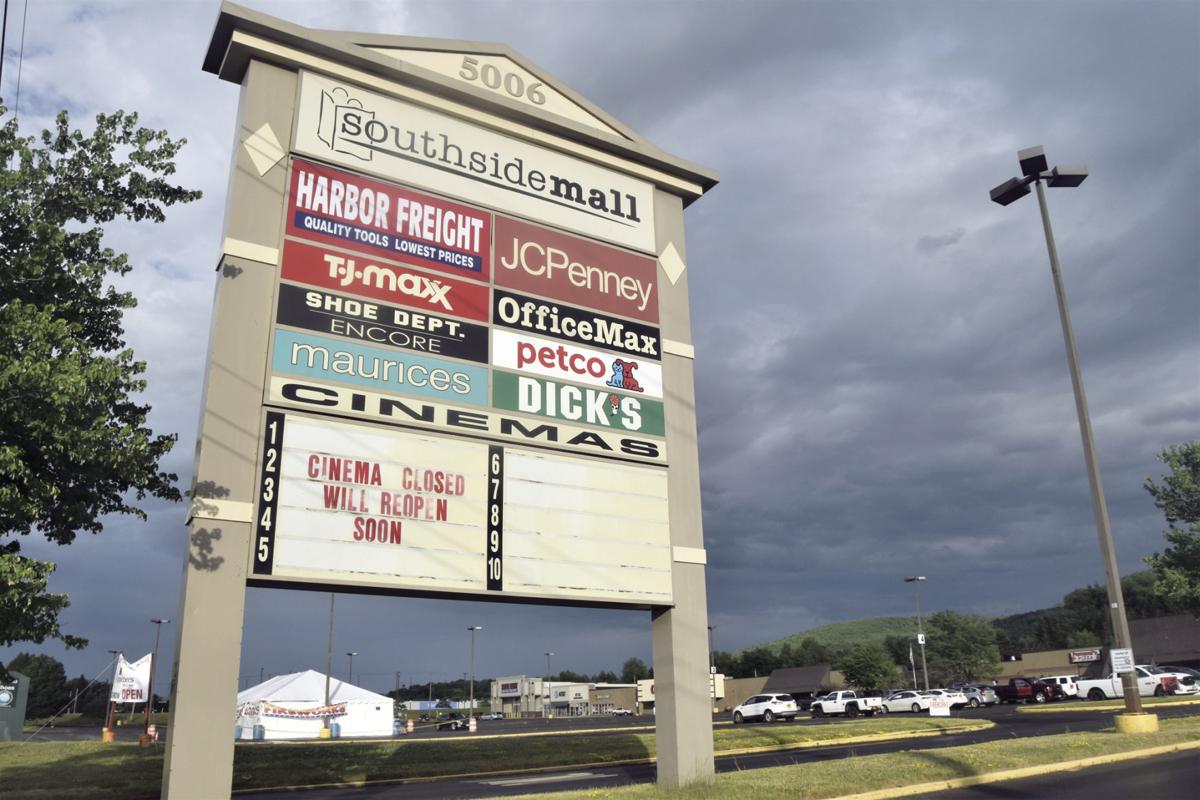 The marquee at Southside Cinemas, shown Thursday, has read “Cinema closed/will reopen soon” since Southside Mall was closed in March. Movie theaters and malls were scheduled to reopen Friday under Phase Four of New York state guidelines, but were put off until further notice earlier this week. 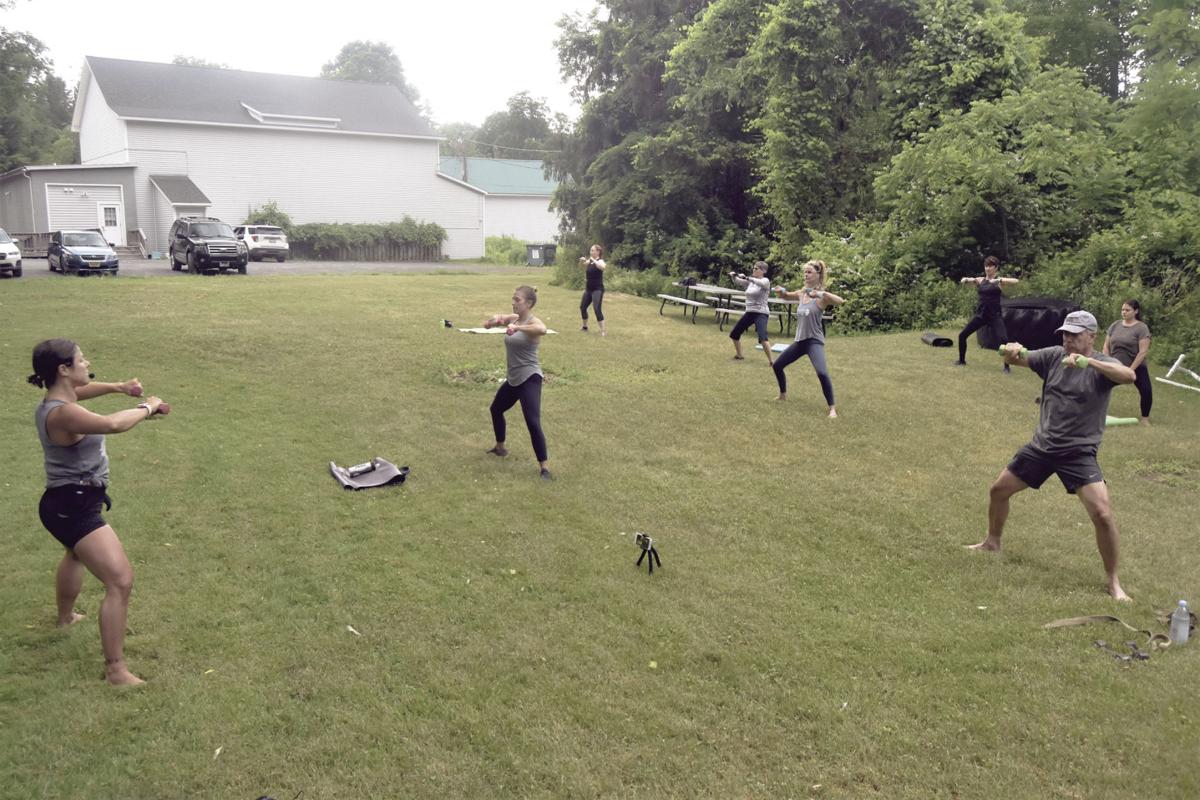 The marquee at Southside Cinemas, shown Thursday, has read “Cinema closed/will reopen soon” since Southside Mall was closed in March. Movie theaters and malls were scheduled to reopen Friday under Phase Four of New York state guidelines, but were put off until further notice earlier this week.

“It’s not disappointing, just confusing,” said Southside Mall manager Luisa Montanti, who got the news earlier this week. “We can have a very large big box store in our area — I don’t see the difference between 70 people in an 11,000-square-foot space and 150 people in the mall, which is about 160,000 square feet.”

Montanti said she has closely followed updates from the area’s regional control room, the 11-member panel appointed by Gov. Andrew Cuomo to represent the Mohawk Valley’s six counties, including Otsego and Schoharie, as they navigate reopening.

Montanti said she directed several questions to the panel, which has yet to answer any of them.

“I was hoping someone would make sense of why this is happening,” she said. “I’m not sure what parameters they’re using to make this decision, besides not wanting people to congregate in the mall.”

According to its federal industry classification code, which denotes “lessors of nonresidential buildings, except mini-warehouses,” the Southside Mall was cleared to open in Phase Three under New York Forward’s regional reopening guidelines.

“There’s no code for ‘indoor mall,’” Montanti said. “If we don’t have a code, how can they make a decision?”

Not every store in the mall was closed when the pandemic set in. Its restaurants and eateries limited operations to takeout, drive-thru and delivery. The mall’s newest chain store, Harbor Freight, was deemed an essential business and permitted to remain open, Montanti said, and Cutting Crew reopened as part of Phase Two.

Retailers with exterior entrances — JCPenney, Office Max, Rent-a-Center, AT&T, GameStop, T.J. Maxx, PetCo, and Dick’s Sporting Goods — were permitted to reopen with limited capacity under Phase Three, but stores that can only be accessed through the interior concourse, including Claire’s, Bath & Body Works, The Shoe Department and Kay Jewelers, remain shuttered.

“All the stores are doing phenomenal,” Montanti said, including JCPenney, one of only a handful left in the state since the clothing retailer filed for Chapter 11 bankruptcy in May.

“Our JCPenney is one of the leaders in terms of sales and profitability,” Montanti said.

“That’s how it should be,” Montanti said. “Every business should be responsible for operating in a safe manner.”

Montanti said Southside Mall has been prepared to reopen since it was forced to close its doors in March.

“As the pandemic was surging in New York state, we had been concerned for a while,” she said. About a week before closing, the mall purchased extra sanitizer and industrial cleaner and posted signage to encourage social distancing and require shoppers to wear masks.

“At the end of the day, everything else is open,” Montanti said. “The mall should be, too.”

Raegan Reed, owner of the Cardio Club and Delhi Dance Studio, said she was caught entirely by surprise upon learning she could not reopen her businesses Friday.

“We felt we were prepared to reopen and provide a safe and clean environment,” she said.

Under the revised Phase Four reopening guidelines, gyms and fitness centers are not permitted to reopen, but will be allowed to host outdoor classes if social distance allows.

“I wanted to do this from the first day that we closed,” Reed said of the outdoor classes. “With fitness, if you fall off the wagon, it’s hard to get back on”

Reed said she has hosted outdoor boot camps in the yard behind the gym for years, but since she switched to primarily outdoor classes about a month ago, “the response has been much greater because there’s no other option.”

“I tried to keep up with the schedule,” she said. “I wanted to keep it as normal as possible for everybody.”

Reed also hosted a four-week quarantine challenge — a variation of the Live Fit challenge she usually hosts, similar in format to “The Biggest Loser” — and adapted 15-minute workouts for those in need of a “quick fix.”

Ten new clients have joined her personal training program since the onset of the pandemic, Reed said. She offered classes and training sessions by donation or at a reduced rate to accommodate clients with tight finances.

“Obviously we’re all going through a hard time,” she said. “People are being supportive of me and I want to be supportive of others.”

When schools closed and families began to shelter in place, Reed said she and her other instructors continued to offer dance, karate and tumbling classes online for their students.

“Those kids were troopers,” she said. “They stuck with it in their bedrooms and with the support of their parents.”

While the facility was closed, Reed said the gym was fully repainted and the floors, bathrooms and offices were remodeled with the help of her husband, who owns Travis Reed Construction.

She also purchased an air purifier, extra wipes and sanitizing equipment, including a steamer to clean machines.

“I don’t understand how other businesses can be open and we don’t get the chance,” she continued. “It seems really discriminatory and unfair, like my voice isn’t being heard.”

She credited her clients and gym members with the continuation of her business.

“Cardio Club may not have survived without the support of our community,” Reed said. “Without our members, we would be in big trouble.”

Online classes can be scheduled on the Mindbody app. For a complete list of classes, visit thecardioclub.com