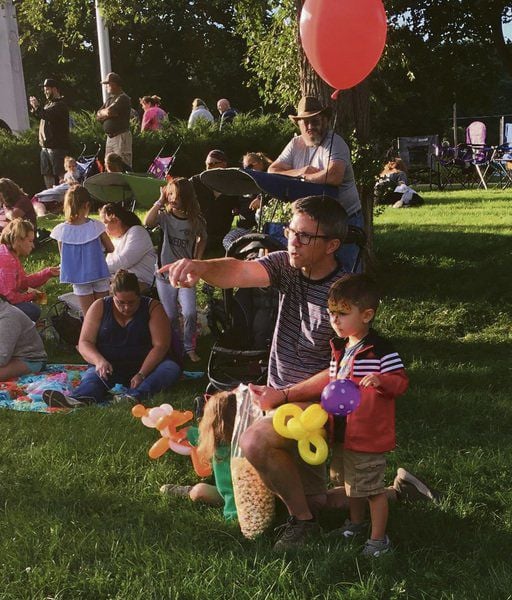 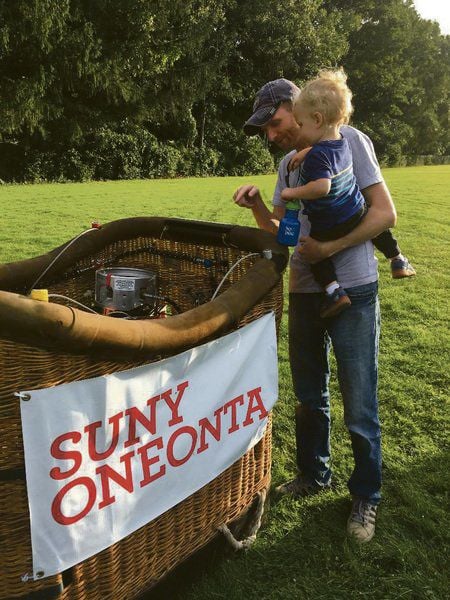 The 11th annual Susquehanna Balloon Festival took off in Oneonta this weekend, with three days of family-friendly fun in Neahwa Park.

Owner of Balloon NY and Oneonta native Mike Ranieri said what started as a one-time event has become a fixture of Oneonta summers.

“The city was doing the centennial, and they asked me to do a balloon,” said Ranieri, who is a commercial hot air balloon pilot since 1999. “It was supposed to be a one-year thing, but after that, First Night took it over, and we ran it for seven or eight years. Then Destination Oneonta took the reins.”

“It’s a fun, quaint thing and it keeps growing,” he continued. “The weather has to cooperate … but the (community) loves it and balloons make people happy.”

“It’s something the community has gotten used to being here for Labor Day Weekend,” Tiemann said. “Having something local with that carnival-type feel and the food and business vendors gives everyone something to do before we all get busy again.”

Organizers said the festival is planned a year in advance by members of DO’s events committee and Katrina Van Zandt, director of membership services.

“I started yesterday for next year,” DO board member David Kropp said Saturday.

“We’re already thinking what to change, how to make it better and getting feedback from the members of the community that are here enjoying it,” Tiemann said.

Tiemann said the festival relies on funding from several sources.

“Our event has a ton of sponsors and we’re funded in part by the city and town,” she said. “And vendors pay a spot fee, so that goes into it.”

“Any operational carryover goes into planning for next year,” Tiemann said.

In a written statement, Van Zandt said, the total festival cost varies, depending on that year’s sponsorships.

“Without our sponsors, this wouldn’t happen,” Ranieri said.

Organizers said the Saturday portion of the festival featured 63 merchant vendors, 10 food vendors, 10 hot air balloons (which went up for the evening launch and balloon glow) and a large, balloon-loving crowd. Help, Tiemann noted, was provided by members of the eight-person DO board, individual volunteers and more than 50 student volunteers from Hartwick College, Oneonta Job Corps and the State University of New York at Oneonta.

“We keep hitting upwards of 4,000 people on Saturday night,” Ranieri said. “To get that many people out here is awesome.”

“Turnout is phenomenal,” Kropp said. “Everyone is enjoying themselves.”

“It’s hard to know how many people are coming in, but definitely thousands,” Tiemann echoed. “And we’ve only upped our vendor representation over the years.”

New attractions, she said, included the Utica Zoo and Animal Adventure of Harpursville.

Attendees, Tiemann noted, typically come from within “an hour radius.”

Sidney Center residents Ann and Gordon Birdsall said, after visiting the 2018 festival, they came back for the balloons.

“I just like to see the balloons,” Ann said. “I hadn’t seen them live before last year and I just think it’s awesome. This gets the community and families out.”

The Birdsalls noted increased attendance, which they attributed to fine weather on Saturday evening.

“It draws a crowd,” Gordon said, “and there are a lot more (people) here than last year.”

Edmeston resident and first-time festivalgoer Bill Lewandowski said he saw the event advertised on social media and was drawn by the “sense of adventure” he associates with hot air balloons.

“I went to a balloon festival in Cooperstown, and it was real interesting, so I thought I’d come see what this one is all about,” he said. “I’d really like to do a tether and (riding in a hot air balloon) is one of my bucket-list items.”

Go to destinationoneonta.com for more information.