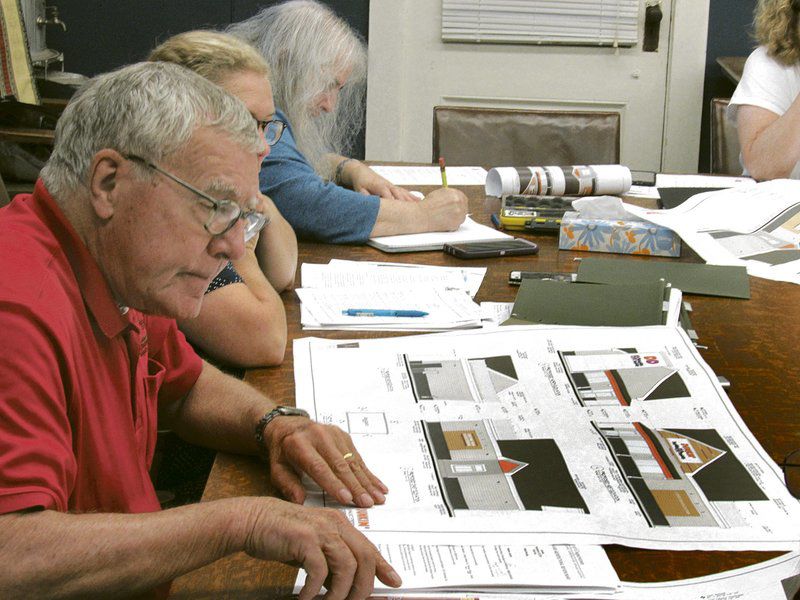 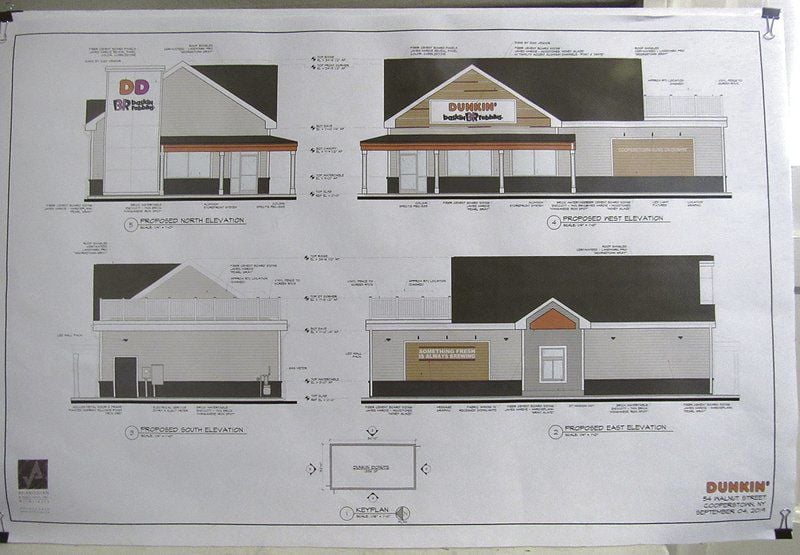 Greg Klein | The Daily Star Drawings by Bohler Engineering show a draft design for the proposed Dunkin'/Baskins Robbins at 54 Walnut St. in Cooperstown. 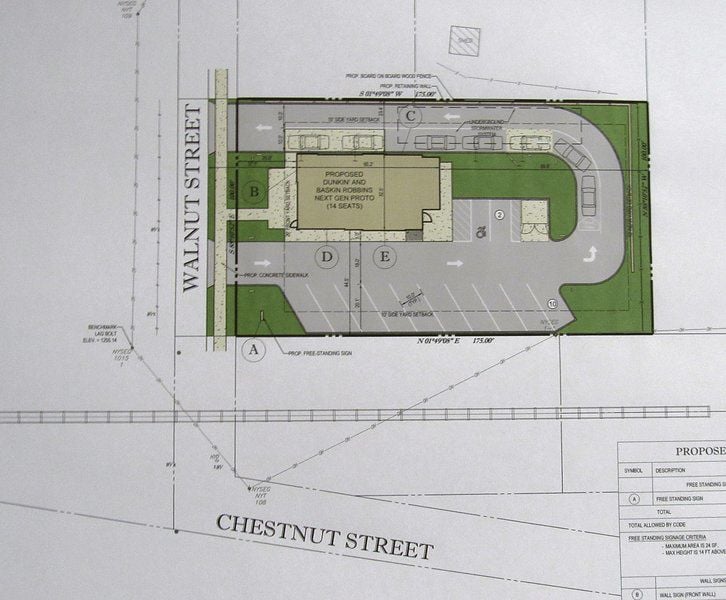 Greg Klein | The Daily Star The proposed Dunkin'/Baskin Robbins at 54 Walnut St. in Cooperstown would have its entrance and exit on Walnut Street, with a counter-clockwise driveway and drive-thru lane.

Greg Klein | The Daily Star Drawings by Bohler Engineering show a draft design for the proposed Dunkin'/Baskins Robbins at 54 Walnut St. in Cooperstown.

Greg Klein | The Daily Star The proposed Dunkin'/Baskin Robbins at 54 Walnut St. in Cooperstown would have its entrance and exit on Walnut Street, with a counter-clockwise driveway and drive-thru lane.

COOPERSTOWN — The village’s Historic Preservation and Architectural Review Board set a public hearing for 5 p.m. Tuesday, Oct. 8, in the village meeting room at 22 Main St., to consider a proposal for a Dunkin’/Baskins Robbins shop at 54 Walnut St.

The committee looked at plans for the store — which would be at the corner of Chestnut and Walnut streets, but would only have driveway access on Walnut — at its monthly meeting, Tuesday, Sept. 10, in the village meeting room at 22 Main St.

HPARB Vice Chair Roger MacMillan called for the public hearing, which was approved unanimously by the board.

The board members looked at architectural drawings from Steve Wilson of Bohler Engineering, which has an office in Albany.

Wilson told the board his client was used to blending into residential neighborhoods and wanted to work with Cooperstown to find an acceptable design. He said a store in Cooperstown would have muted colors, with the exception of the brand’s orange in logos.

“Dunkin’ tries to be very respectful of residential neighborhoods and zoning requirements,” he said.

The store would face north on Walnut Street, with parking and an additional entrance on its western side, facing Chestnut Street, which is also state Route 28, a primary route into Cooperstown.

All four sides of the proposed building were shown on the draft sketches. Wilson also showed a draft with an overhead view of the parking lot, which would have an entrance and exit on Walnut Street.

The store would have a drive-through on its eastern side, and the traffic would go one way, counter-clockwise around the store.

Board members told Bohler they saw some problems with his design, including a large chimney-like structure with the company logo, which would be on the entrance facing north on Walnut Street. Unsure what to call the feature, Board Chair Liz Callahan asked Wilson its name. He called it a branding tower. She told him it wasn’t in the character of a residential neighborhood.

Callahan also questioned the window-high trim, which goes around the entire building, suggesting something less tall might be more appropriate.

The board suggested Wilson make the changes for the public hearing.

MacMillan said approval would be made based on the structure’s compatibility with the neighborhood.

The project must also get approval from the village’s Planning Board and Board of Trustees, where other issues, such as signage and the impact on traffic adjacent to the Cooperstown Central School District, will be considered.

Wilson said Tuesday he is also working out issues with the Planning Board, which will hold its next meeting at 4:30 p.m., Tuesday, Sept. 17.

INMAN, S.C. - James David Wood, 60, of Inman, South Carolina, passed away on Wednesday, Feb. 12, 2020, at the Regional Hospice Home in Spartanburg, South Carolina. Born in Delhi, on Nov. 25, 1959, he was a son of Emily June (Christman) Wood of Boiling Springs, South Carolina and the late Rob…