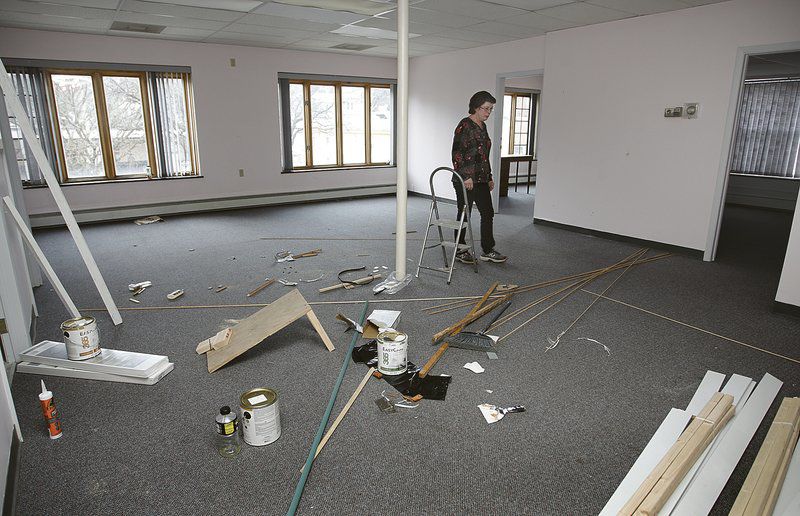 Julie Lewis | The Daily Star Liz Rose, general manager of Peter Clark Student Rentals, walks through an area of former offices on the second floor of 250-254 Main St. in Oneonta on Thursday. The 5,700-square-foot space is slated to be converted to 10 one-bedroom apartments. 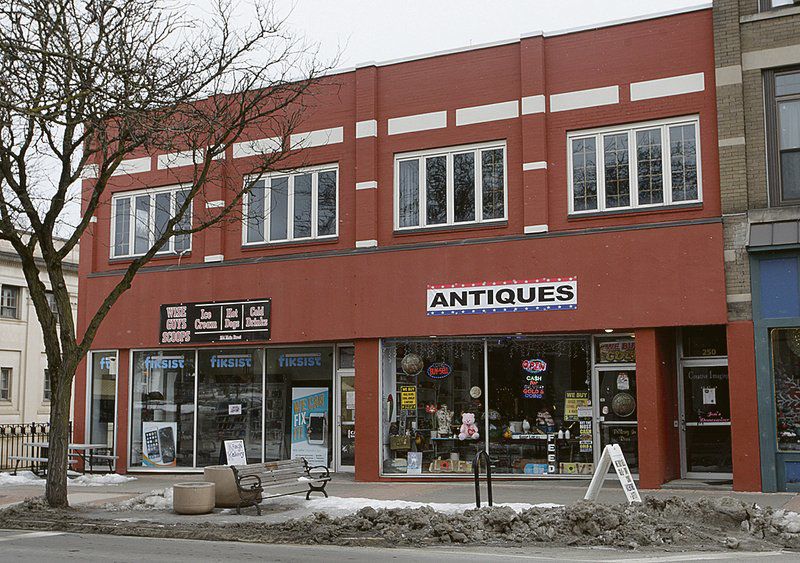 Julie Lewis | The Daily Star The front of 250-254 Main St. in Oneonta is seen on Thursday. Peter Clark received a Downtown Revitalization Initiative grant to convert the second story to apartments.

Julie Lewis | The Daily Star Liz Rose, general manager of Peter Clark Student Rentals, walks through an area of former offices on the second floor of 250-254 Main St. in Oneonta on Thursday. The 5,700-square-foot space is slated to be converted to 10 one-bedroom apartments.

Julie Lewis | The Daily Star The front of 250-254 Main St. in Oneonta is seen on Thursday. Peter Clark received a Downtown Revitalization Initiative grant to convert the second story to apartments.

Award-winners for the second round of Downtown Improvement Fund grants to convert vacant upper floors on Main Street into quality market-rate apartments were announced Wednesday.

The Downtown Improvement Fund is a component of the Downtown Revitalization Initiative. Oneonta was awarded $10 million through the DRI in 2016.

Clark, of Peter Clark Student Rentals, said he plans to build 10 apartments in the upper floor of his building at 250 Main St., which he said has been largely unoccupied since 1986. The apartments will work well for seniors, may have balconies and an elevator will be built, he said. Construction may not start for a while; wiring, plumbing and elevator plans need to be ironed out, he said.

"We're pleased but all it means is that we gotta get to work," Clark said.

Grigoli said he has owned the building at 285 Main St. for 43 years. The former owner of Sal's Pizzeria said the money will be used to renovate two apartments, including updating electricity and plumbing.

Grigoli said he realized his apartments were outdated and not renting out as fast as others on Main Street. He's updated the other two of the four apartments in the building on his own, but the Downtown Improvement Fund money will help modernize the rest, he said.

"I feel pretty good about it, knowing this is available to help us out," Grigoli said.

Scimeca, of Scimeca and Parrish LLC and Roots Brewing Company, said he's hoping to update bathrooms and flooring of five apartments in the building, which are occupied by a mixture of individuals and families.

Scimeca said he isn't sure when construction will start, but judging from past experience, it might be a while. In 2018 he said he was awarded a DRI grant for facade improvements and has yet to receive successful bids.

"It will be quite a process, I'm sure," Scimeca said.

Springbrook Executive Director Patricia Kennedy told The Daily Star in January that she envisions between 20 and 24 market rate apartments that will be “luxurious in feeling, but not in cost.” The proposed project would alleviate the lack of housing she said area professionals and recent college graduates deal with.

Oneonta Mayor Gary Herzig said depending on the size of the project, a matching grant is required. Smaller ones require a very small match or none at all, and larger projects could require as much as a one-on-one grant, meaning the grant would pay up to half the project's cost.

Herzig stressed that these projects will specifically create quality market-rate housing, not student or affordable housing. The city is trying to address lack of housing options on multiple levels, he said, referencing the upcoming Lofts on Dietz Street project. The complex will have 40 affordable artist lofts and 24 affordable middle-income housing units.

"We're trying to create new and better options for people to live regardless of what their income level is," Herzig said.

At a recent meeting of the New York Conference of Mayors, several mayors discussed their own Downtown Revitalization Initiative efforts, Herzig said.

"Every mayor who has seen their downtown grow and be revitalized and become more vibrant attributes the greatest factor toward their success as creating more downtown housing," Herzig said. "This is exciting news. It means we're going in the right direction. More people living downtown in quality apartments creates commerce, vibrancy and puts more life downtown."