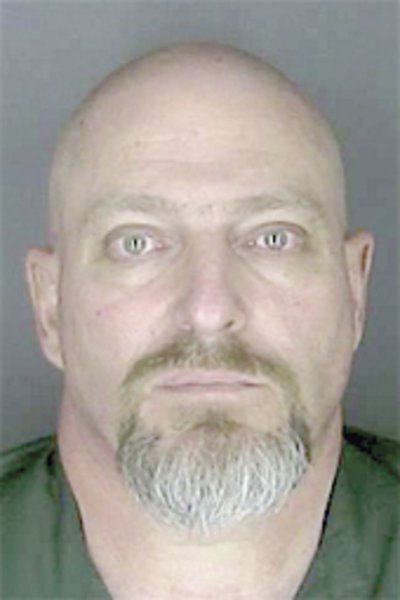 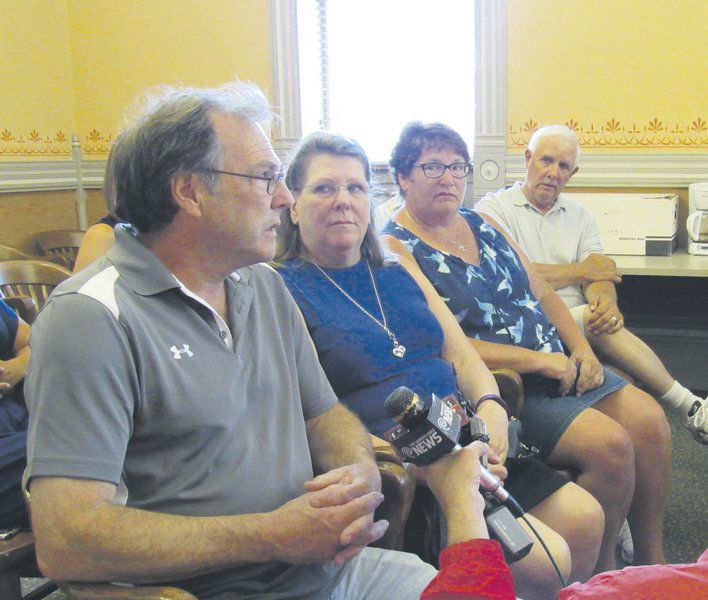 That's when an unrelated phone call spurred his renewed interest in the murder in 2000 of Elizabeth Welsh Callahan.

The call was from a woman saying that a family member had been killed in Pennsylvania. She was unsure whether Otsego County would have jurisdiction to prosecute the case, Muehl recalled Tuesday.

“It brought me right back," he said, to the Jan. 19, 2000, death of Welsh Callahan, a 34-year-old Goodyear Lake woman whose homicide at a Pennsylvania truck stop had not been solved. Welsh Callahan's family had been suspicious of her husband of less than two years, Casey Callahan, but there wasn't enough evidence at the time of her death linking him to the crime.

After visiting the scene of the death and interviewing witnesses who had previously not been spoken to, Muehl said, the investigators had stockpiled enough evidence and testimonies to prove that Callahan had run over his wife on purpose with a tractor trailer at the Dandy Mini Mart #19 truck stop in Sayre, Pa.

On Monday morning, Callahan, 50, was arrested on a sealed indictment warrant of arrest. He appeared in court later that day, where he pleaded not guilty of second-degree murder. If he is convicted, Callahan — who is incarcerated at Attica for an unrelated sexual misconduct charge — could receive a maximum sentence of 25 years to life.

"It was a lot of work — a tough case to crack," Muehl said. "After all this time, we're hoping to convict him but, either way, we'll get Lizzy her day in court."

Although Elizabeth was killed in Pennsylvania, the case is being brought in Cooperstown because it is believed that Callahan had intended to commit the murder while still in Otsego County, according to Muehl. Callahan is scheduled to appear back in court July 26.

During the press conference, Muehl provided details on the death, and said he is confident that he has enough evidence, including accounts from witnesses, to convict Callahan of murder. A family member said there is even a surveillance tape of the incident.

"Casey has given many different versions of the accident," Muehl said. "But eyewitness accounts and things that Callahan said and did here in Otsego County before and after the death have led us to believe that he brought her to that truck stop to kill her and had been planning to do so."

Callahan was a professional truck driver and he had been to that truck stop many times, Muehl explained.

“Basically, he pulled into the stop that night for Elizabeth to use the bathroom and, when she got out, she bent down to tie her shoes," Muehl said. "That's when Casey ran her over.”

Muehl also spoke about a possible motive, which he doesn't believe was financial, he said. Welsh Callahan did have a small life insurance policy, he said, which Callahan collected after her death.

“I think it was the classic jealous, controlling husband. Their marriage was not in a good place,” Muehl said. “They were having trouble.” He would not confirm or deny whether either spouse was involved in another relationship, adding 'You'll have to wait until the trial.'”

Welsh Callahan's family members described Casey on Tuesday as a cold man who showed no remorse after Elizabeth's death.

“I had given Lizzy a $50 bill a few days before she died,” recalled Gary Wickham, a brother-in-law of Welsh Callahan. “Her body was so mangled by Mr. Callahan's actions that the funeral director would not allow us one last look at that childlike face. But they did give us the effects that were found on her, which included my $50 bill, which was then blood-stained. Casey asked to have that money. ... Just so cold."

Welsh Callahan's family was shocked and surprised when they got the call that Callahan was being indicted, they said. And seeing him Monday in court was "just awful."

"We thought it was over. I didn't think I'd ever have to see his face again," said Marie Valentine, a sister of Welsh Callahan's. "He didn't acknowledge us or make eye contact."

Valentine said she "never liked Casey" and "he knew that." Family members did not attend Elizabeth and Casey's June 7, 1998, wedding because they didn't approve of him, Wickham said, and some didn't even know it was happening.

“Lizzy called me and said, 'I did something that you're going to be mad about,'” added Dolores Lawton, another sister. “She said, 'I married Casey about two weeks ago.'”

Welsh Callahan's family had suspicions that Elizabeth's life was in danger, and they had begged her to leave Casey, Wickham said, but she wouldn't. Welsh Callahan seemed to know, as well, confirming these fears when she said 'If anything ever happens to me...' in the last weeks of her life.

In the hours after Elizabeth's death, Callahan made no attempt to notify the family, they said. They learned about it the following morning when one of Welsh Callahan's nieces, then a teenager, went next door to Elizabeth and Casey's house to tend to their dogs.

Knowing Callahan, they were immediately suspicious, family members said, and called the police. But Pennsylvania authorities and law enforcement said there was no evidence that it was anything other than an accident. And that's where the case stagnated for many years.

Elizabeth Welsh Callahan was a special person, full of "love and wonderment," Wickham recalled. She was "the favorite aunt for a whole lot of nieces and nephews" and was perhaps the most religious member of her family. She regularly attended church and prayed, the family said.

"Whenever an ambulance would pass by, she would say, 'We should say a prayer for whoever is in there,'" said Lawton. "She taught my girls that and it's something we still do."

Welsh Callahan also loved butterflies, always wanted to ride in a hot air balloon and had "a huge heart."

"She would never hurt anyone or anything and she gave everyone the benefit of the doubt — to a fault," Valentine said. "In this instance, it didn't work out for her."

At a pre-trial conference Tuesday in Cooperstown, accused murderer Casey Callahan was assigned an attorney and offered a plea deal, according …