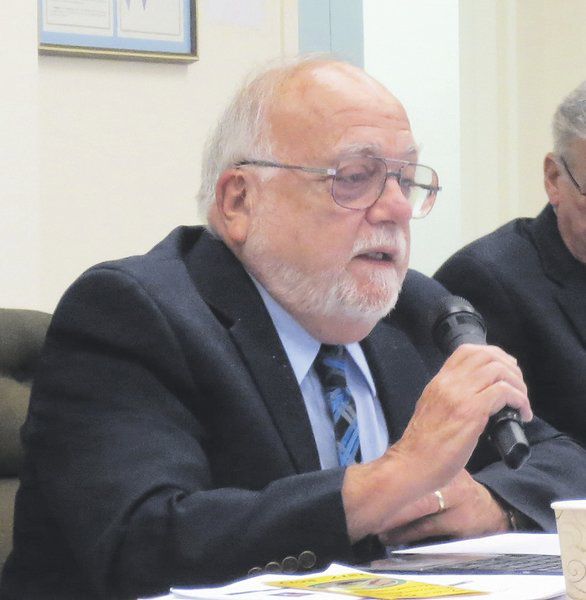 Cheryl Petersen | The Daily StarHamden Supervisor Wayne Marshfield speaks Wednesday at the Delaware County Board of Supervisors meeting in Delhi. 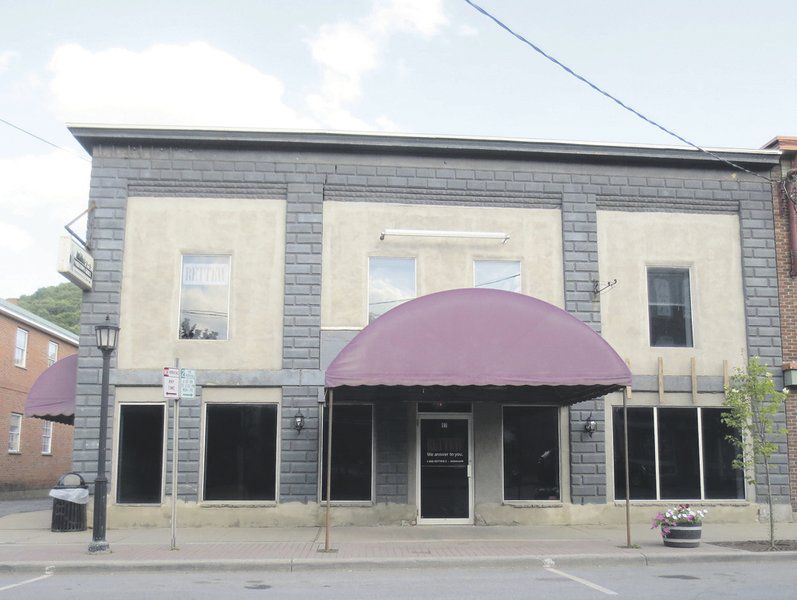 Cheryl Petersen | The Daily StarThe future site for the Delaware County Office of the Aging at 97 Main Street in Delhi is shown Wednesday.

Cheryl Petersen | The Daily StarHamden Supervisor Wayne Marshfield speaks Wednesday at the Delaware County Board of Supervisors meeting in Delhi.

Cheryl Petersen | The Daily StarThe future site for the Delaware County Office of the Aging at 97 Main Street in Delhi is shown Wednesday.

The Delaware County Board of Supervisors grappled with two urgent capital projects at its regular meeting Wednesday in Delhi, in addition to discussing an upgrade to the county's emergency radio communications system.

Despite opposition from six town supervisors, a lease-to-purchase contract for a new Office of the Aging facility at 97 Main Street was approved for $675,000.

Hamden Supervisor Wayne Marshfield explained: “When it was discovered that the Office of the Aging had 90 days to vacate its premises at Delhi Square, the committee made a wild dash to find a new home.”

After reviewing 15 possible sites, 97 Main Street in Delhi became available. It is a two-story building with a usable 5,100 square feet for “offices, a kitchen, and senior dining room,” said Marshfield.

“The food won’t have to be transported," he noted.

The department now uses a 4,100-square-foot facility, with 18 employees. The dining room is in another building a few blocks away.

“It meets all codes. Only minor interior renovations are needed,” Marshfield said. “There is room for an elevator, and it will be fully handicapped-accessible.”

Two senior county councils are “so for this move that they’ve chipped in a total of $80,000 toward the purchase price,” he added.

Owners Kim and Randy Shepard agreed to sell it for the total of $675,000. It will be leased until September and purchased in October.

Hancock Supervisor Sam Rowe objected to the price, saying: “It’s public knowledge that the Shepards recently bought the property for $500,000. I think the county should have the property appraised before purchase, mainly because it’d be hypocritical for the county to expect appraisals on property that the public works department will need to purchase for its new facility.”

A new county public works facility — the county's other urgent project — was also addressed by representative from Wendel Companies in Williamsville, N.Y.

Engineer Mark Molnar said: “It's recommended that a new facility be built or found before the snow flies. The current roof is compromised.”

Molnar presented in detail the top three of 12 sites, along with a fourth possible site and the current location.

The sites were ranked according to such factors as distance, utility costs and flood risks. The top three locations were in South Kortright, Hamden and Delhi. Each site had positives and negatives but ranked so close that there was no top winner.

Further research could reveal other flaws, and all sites would require new or upgraded bridges, Molnar warned.

The company was asked by the supervisors to add a fourth site in Hamden to the list of stronger candidates.

Chairwoman Tina Molé said: “I’m a little discouraged by the three sites. There is not a clear winner.”

Delhi Supervisor Mark Tuthill said, “The site in Delhi has received many opposing comments. I request Wendel to consider the impact of a new bridge adding a commercial facility in a residential area, and the fact it would be taking away from the Village’s extension area of land that New York City can’t purchase.”

A public meeting on the site survey will be held July 12 at 7 p.m. at Delaware Academy.

• A divided board approved authorization to obtain an appraisal and an offer for an easement by way of eminent domain on property with an existing road to the new site of a tower used in the emergency services upgrade.

Stamford Supervisor Mike Triolo said, “We fight against eminent domain when it comes to New York City acquiring our lands. It seems hypocritical for us to use the language in this resolution, especially when it only authorizes an appraisal for an offer to a right-of-way.”

• 2017-2018 Delaware County Dairy Princess Julie Archibald, a junior at Franklin Central School, introduced herself to the board.

“I look forward to teaching others about the importance of dairy,” she said.

HARTWICK - Anthony G. Schlesier, a long-time resident of Hartwick, died Oct. 16, 2021. He was 86 years old. Anthony was born in Huntington on Oct. 1, 1935, and was predeceased by his wife Angelina S. Schlesier. Tony is survived by his daughters, Elizabeth (Scott) Flaska, Lucy (Robert) Dubray…