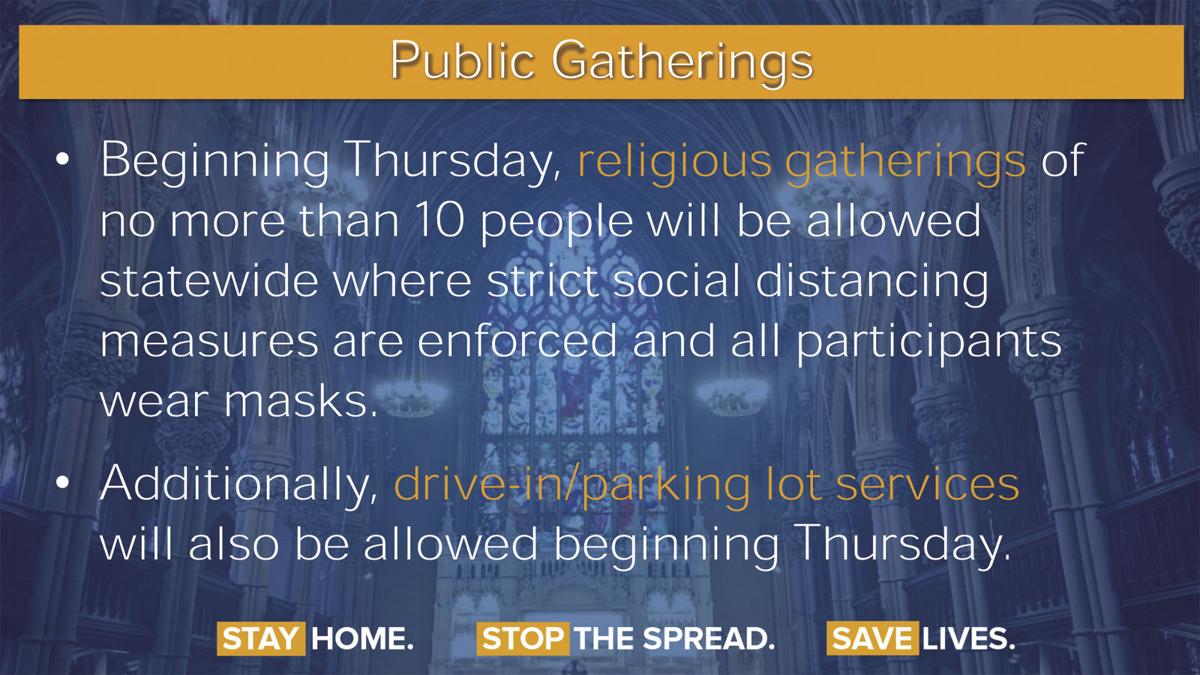 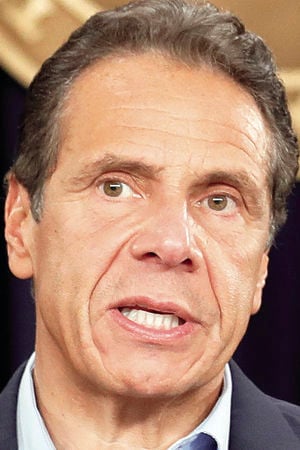 ALBANY — Religious services can resume in New York Thursday, though a limit of 10 attendees is being imposed by the Cuomo administration.

Participants must wear masks and social distancing protocols must be followed, Gov. Andrew Cuomo said at his latest pandemic update.

Formal guidelines for those services are expected to be issued soon by a statewide council of interfaith advisors.

The New York State Catholic Conference, reacting to the Cuomo announcement, said through spokesman Dennis Poust that New York's bishops "will proceed slowly and responsibly and collaboratively" in bringing congregations back to Masses and other services.

“Today brings good news for people of faith, and we’re grateful that Gov. Cuomo has acknowledged the importance of religious faith and practice, especially now in this time of pandemic," Poust said,

“Our Catholic people are hungry for the Mass and are anxious to gather together again in prayer and worship," Poust added. "At the same time, we have a moral obligation to protect our congregations and our clergy from COVID-19."

Drive-in services and those convened in parking lots can also be held, Gov. Andrew Cuomo said at the statehouse Wednesday.

Noting he once served as an altar boy, Cuomo said that when so many New Yorkers are dealing with high levels of stress, going to church can be "very comforting."

Clergy leaders had been clamoring for clarity on when the services can be restarted, noting they had gone unmentioned in Cuomo's plans for reopening New York.

Earlier this week, Cuomo had said church services were being included in the same category as "large gatherings," which includes festivals and rock concerts, events that appear to be a month or longer away from resuming.

At the same time, however, McGuire contended it came with "some hypocrisy," noting Cuomo's press briefing was attended by some 20 people — double the number of people that would be allowed in churches under the governor's restrictions.

"In some cases, 10 people is not even two families," McGuire told CNHI.

Meanwhile, New York's court system announced that in-person courtroom proceedings will begin on a limited basis in Niagara County and other counties in western New York. Judges, those who staff their chambers along with court clerks and support staffers.

The Western New York region had met all of the state's safety benchmarks for reopening earlier this week.

Courts in most other upstate counties — including Clinton, Essex, Franklin, Otsego, Delawae, Schoharie and Chenango — resumed operations this week.

The Daily Star's four-county region of Chenango, Delaware, Otsego and Schoharie counties has had 300 confirmed cases of COVID-19 as of 7:15 p.…