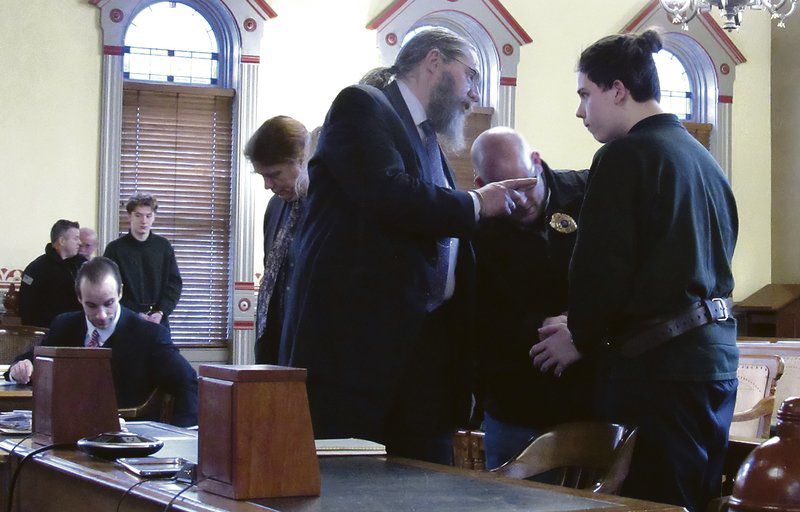 Lawyer David Taylor of Hartwick, left, speaks with *Alexander Borggreen, right, at a Monday, Jan. 13, hearing at the Otsego County Courthouse while *Dylan Robinson, third from right in back, is led into the room. 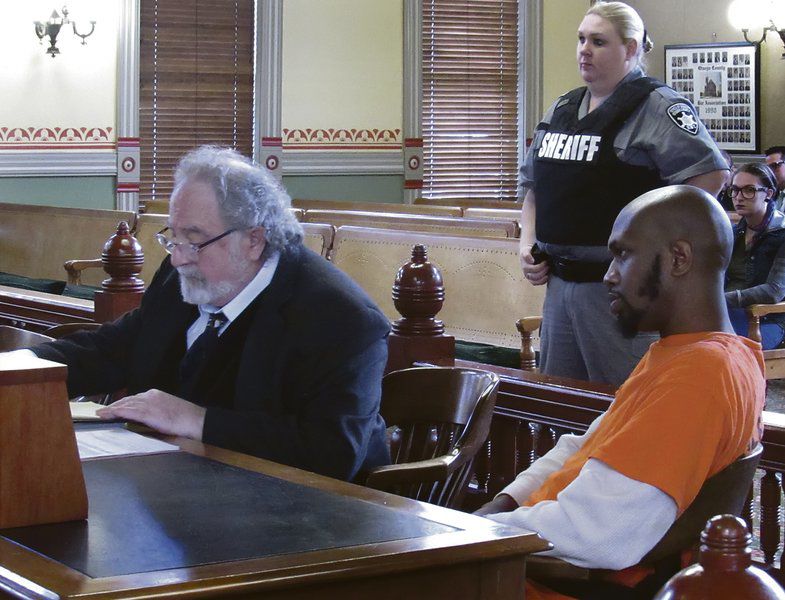 Lawyer David Taylor of Hartwick, left, speaks with *Alexander Borggreen, right, at a Monday, Jan. 13, hearing at the Otsego County Courthouse while *Dylan Robinson, third from right in back, is led into the room.

Meridy, 32, and Robinson were both offered 22 years in prison to life if they plead guilty, Otsego County District Attorney John Muehl said.

Kenneth was found dead in the threshold of his home when emergency personnel responded to reports of a fire Oct. 10, according to investigators. Prosecutors alleged the suspects were attempting to rob him of $5,000 in cash and marijuana.

At a Nov. 1, hearing, Otsego County Judge John F. Lambert ordered the criminal cases against two other suspected accomplices — Alexis Lottermann, 16, of Walton, and Tatiana Febo, 17, of Downsville — be transferred to Otsego County Family Court, where they will be prosecuted by Otsego County Attorney Ellen Coccoma.

Muehl said Soto and Borggreen haven't been offered any plea bargains, yet. He told The Daily Star on Dec. 6, that although Robinson, Borggreen and Meridy were indicted on the additional charge of third-degree arson, Soto was not.

Muehl declined to answer why only Robinson and Meridy were offered plea bargains, saying it was not something he wanted to discuss at this point. Muehl said he is still investigating the involvements of Soto and Borggreen in the Oct. 10 incident.

Muehl said the relationship between the teens and Meridy is still unknown.

"(We) have never been able to make the connection, yet," Muehl said. "Hopefully, at some point we'll find out, but I don't know what it is."

He said it isn't known whether the robbery was successful or if the cash and marijuana the suspects were after even existed.

The next court appearance for Meridy, Robinson, Soto and Borggreen is March 9.