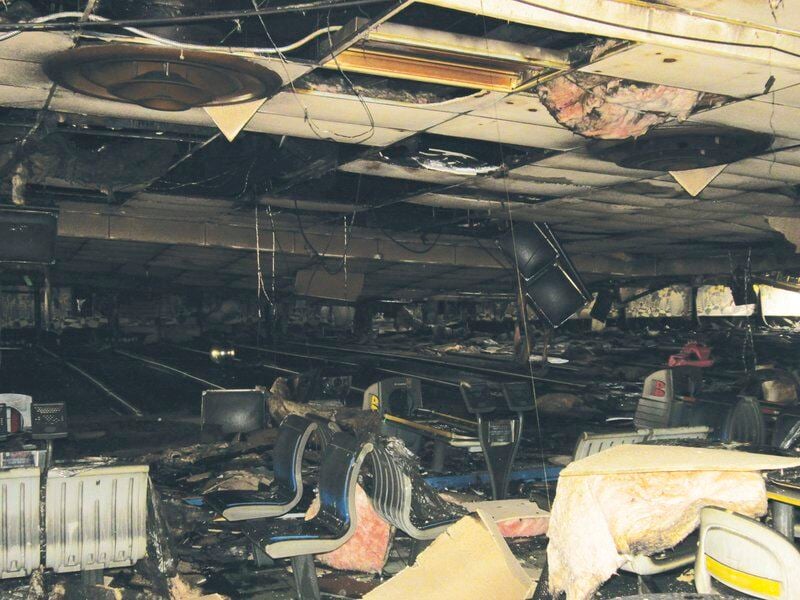 Denielle Cazzolla | The Daily StarThe inside of Holiday Lanes is shown Friday, April 9, following a fire in the early monring hours. 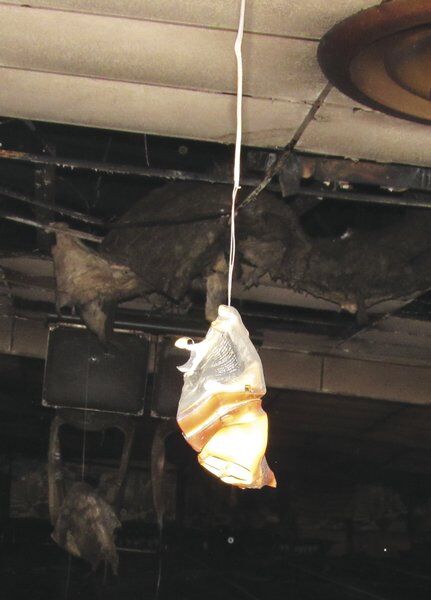 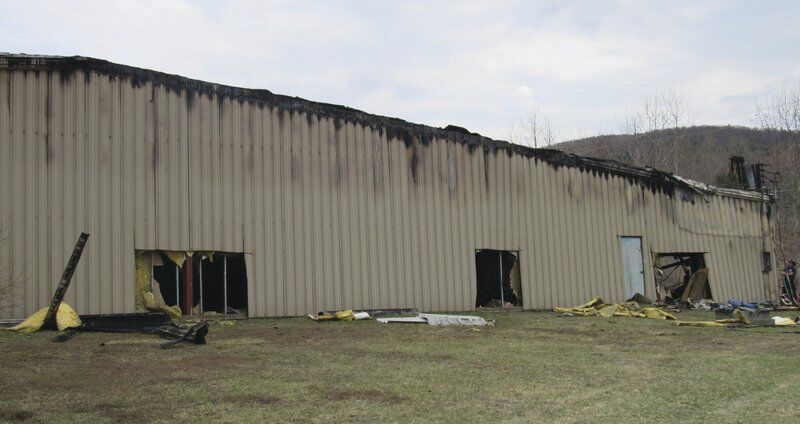 Denielle Cazzolla | The Daily Star The back of Holiday Lanes, where owner Ashish Patel said the fire originated, is shown Friday, April 9. 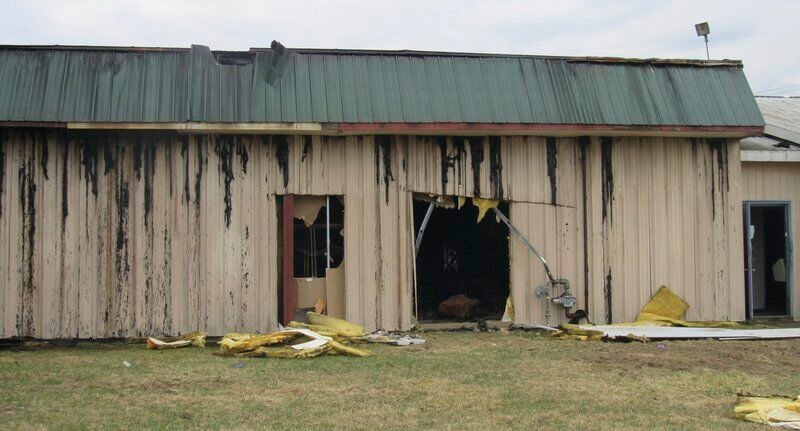 Denielle Cazzolla | The Daily StarA hole cut into the front of the Holiday Lanes to help in firefighting efforts is shown Friday, April 9. 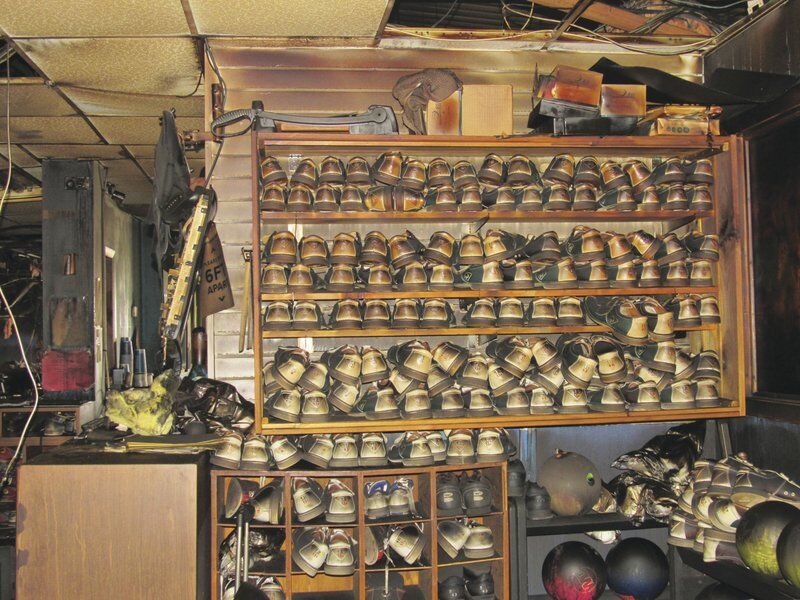 Denielle Cazzolla | The Daily StarRental bowling shoes are shown piled up and covered in soot at Holiday Lanes in Oneonta's Southside on Friday, April. 9.

Denielle Cazzolla | The Daily StarThe inside of Holiday Lanes is shown Friday, April 9, following a fire in the early monring hours.

Denielle Cazzolla | The Daily Star The back of Holiday Lanes, where owner Ashish Patel said the fire originated, is shown Friday, April 9.

Denielle Cazzolla | The Daily StarA hole cut into the front of the Holiday Lanes to help in firefighting efforts is shown Friday, April 9.

Denielle Cazzolla | The Daily StarRental bowling shoes are shown piled up and covered in soot at Holiday Lanes in Oneonta's Southside on Friday, April. 9.

Whether it will be rebuilt is not yet known, owner Ashish Patel told The Daily Star.

According to City of Oneonta Fire Department Acting Chief Mike Mancini, aid was dispatched from more than a dozen Otsego and Delaware county fire departments shortly after 1 a.m.

“It started as troopers responding to a burglary alarm at 1:12 a.m.,” he said. “Typically, that alarm system sounds when there’s a fire because the lines get burned or stressed and it’s tied to the fire alarm system, so that’s most likely what happened, but we can’t confirm that at this point.

“I know there were a couple witnesses in between the time the troopers were dispatched,” Mancini continued. “The witnesses saw flames coming from the building and called 911, and Otsego County Communications dispatched us at 1:18 (a.m.).”

Mancini noted that the fire was “roughly under control by 5.”

Mancini said the condition of the blaze and the building, built in 1985, according to county tax records, determined firefighters’ response.

According to owner Ashish Patel, the building is about 30,000 square feet.

“It’s a very large commercial building and, with a building like that and the extent of the fire when we got there, we immediately went into defensive operation, whereby no one was going in,” he said. “It was all from outside.”

Such extensive backup was needed, Mancini noted, because of the building’s location.

“The building is located outside of our municipal water district, so there are no fire hydrants over there,” he said. “We needed all the tankers … because it was a fully defensive operation and we had two aerial devices in operation and were getting ready to use a third if we had to and, with those types of apparatus, you need a lot of water. We were setting up to prepare for the worst.”

Mancini said an investigation into the “cause and origin” of the fire is ongoing.

Patel said he was told investigators believe the fire was electrical in nature, possible from a surge in the back of the building, and no foul play was suspected.

“It looks like an absolute total loss,” he said. “It’s pretty sad; they’ve been there for a long time.”

Mancini and Wood said the community will feel the loss of the recreational venue.

“The impact on the community is pretty huge,” Mancini said. “In our community, that is the only bowling alley and I know, pre-COVID, they were probably pretty busy with regular leagues and free-bowling and birthday parties, so it’s going to have a huge impact.”

Patel said people have been stopping by all day Friday to pick up their bowling balls and shoe stored at the alley, many sharing their memories of the place.

“I was actually just over at the site, and I was speaking to the gentlemen who is manager of the bowling alley and he was pretty upset,” Wood said, shortly after 11:30 on Friday. “We’re always disappointed when we lose a business and I feel especially bad for anybody in business now, because the last year has been such a struggle. They were just starting to turn the corner, where they could get back open and fully functional, and now they’re gone. It’s difficult enough to be in business without a problem like this.”

The bowling alley was shut down from mid-March to mid-September because of the pandemic, Patel said. It was operating on limited capacity but said business had picked up in January through March. "A little bit of normalcy had returned," he said.

He said he had made several upgrades to the alley over the past several years, including the lanes, the scoring system and the air conditioning.

As for the future of the alley. "That is the million dollar question," Patel said. "We won't know what the insurance will be. Let's see what kind of money we get, and we'll go from there."

He said the insurance adjuster is expected to assess the damage next week.

Fire breaks out at Holiday Lanes

Multiple fire crews responded to the scene of a fire at Holiday Lanes in Oneonta's Southside early this morning.