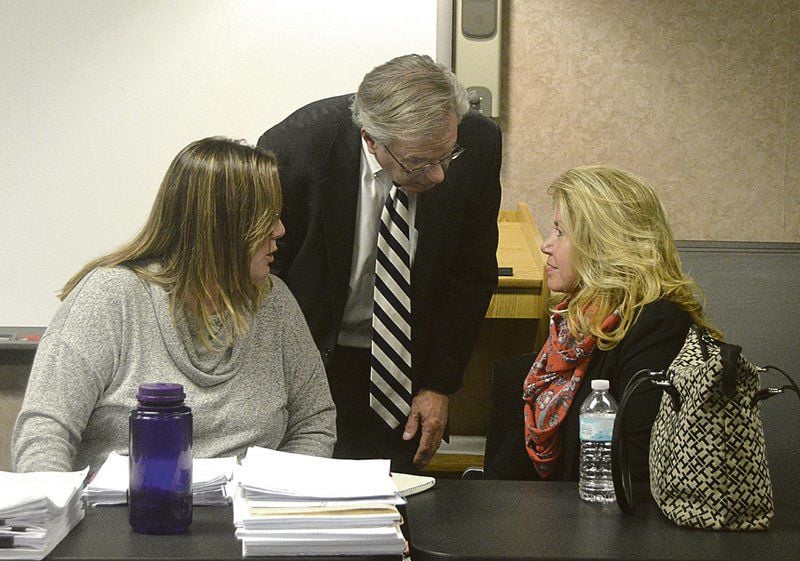 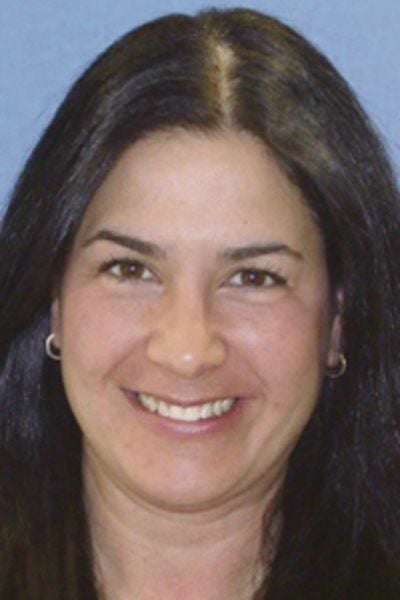 DELHI — Of the 18 Delaware County employees to testify over the course of a nine-day disciplinary proceeding against Social Services Commissioner Dana Scuderi-Hunter, only 10 will be compensated for the time they spent on the stand, according to a source within the social services department.

In a copy of a Sept. 23 email obtained by The Daily Star, Brenda Stone, a technician with the county personnel office, informed officials within the social services department that the eight county employees called by the defense will be required to use their personal time to compensate for the time away from work.

The email stated that the order came at the directive of county personnel officer Linda Pinner, who sat in on the entirety of the proceedings and twice took the witness stand herself.

Ronald Dunn, the attorney representing Scuderi-Hunter, rested his case Friday after prosecutor Frank Miller withdrew his previous motion to strike the testimony of Johanna Bogoni, a senior caseworker with the department who took the stand for more than two hours on Oct. 9.

In the event hearing officer Alfred Riccio ruled Bogoni’s testimony inadmissible, Dunn said he planned to call to the stand Sylvia Armano, the deputy commissioner of social services who has been acting in Scuderi-Hunter’s stead since she was placed on paid administrative leave in July; and Tatiana Amadon, the department’s director of services who was mentioned in the testimony of several witnesses in connection to the events at the center of the disciplinary charges.

Miller, who said at the close of Tuesday’s proceedings he intended to call two rebuttal witnesses on the final day of testimony, called three to the stand Friday, including Amadon, who said she was not subpoenaed to testify.

Recalling a December phone call with the commissioner, Amadon said she felt “like her voice was heightened” and that “her lips seemed to curl a little bit,” which Amadon said she interpreted as a signal of Scuderi-Hunter’s displeasure.

“I felt chastised and demeaned,” she said.

Amadon said she observed Scuderi-Hunter conversing outside the courtroom with Lee Hartjen and Victor Carrascoso, the attorneys representing Child No. 2 in a May juvenile delinquency proceeding.

While Hartjen, Carrascoso and Scuderi-Hunter each testified that they discussed “nothing substantive” with each other throughout the two-day proceeding, Amadon said “it sounded like they were strategizing about the case.”

Under cross-examination, Amadon said she was not close enough to hear what the three were discussing for the majority of their conversation, and admitted that she even asked Hartjen a few questions herself when she was present.

Asked outside the hearing room if the case had brought a sense of unease to other county employees, Amadon replied “no, I don’t really think so.”

The interview was interrupted by Tina Molé, Bovina town supervisor and chair of the county Board of Supervisors, who told Amadon she did not have to answer any questions.

Pinner, who testified Oct. 8 as the county’s final witness before the prosecution rested its case, was also called back to the stand.

Pinner confirmed she was asked by Miller to investigate the ingredients of disinfectant wipes manufactured by both Lysol and Clorox to determine whether Scuderi-Hunter complied with blood-borne pathogen training provided annually to department employees, testifying that the training instructed blood spills to be cleaned with a solution of one part bleach and 10 parts water.

She noted that both brands were advertised as bleach-free, but admitted under cross-examination that she didn’t know any of the products’ active ingredients or if they could be used as a substitute for bleach.

“You know what was advertised by Clorox,” Dunn said. “You don’t know what they do.”

Pinner testified again about Scuderi-Hunter’s return of county-owned property in her possession, including her county identification badge. Asked the significance of the badge, Pinner said the bearer could “pose as a county employee.”

Asked after the hearing if she would encourage county employees in the future to formally file complaints or grievances through the procedures set forth by the county or a union, if applicable, Pinner said “I have an open-door policy in my office. They can come and talk to me at any time. They are all fully aware of the policies.”

Noting that “the respondent remains on salary,” Miller said “the county is anxious to close out this matter.”

Riccio requested the court reporter produce a full transcript of the proceeding by Nov. 8 and required the attorneys submit briefs summarizing their closing arguments by Nov. 20, repeatedly denying Dunn’s request for a 30-day submission deadline.

“I want to give the respondent every fair opportunity,” Riccio said.

‘THE FACTS CAME OUT’

The hearing officer said both attorneys “represented their clients very well” in what amounted to a “very vigorous hearing.”

Overall, the case “went in beautifully,” Dunn said, adding he was confident he refuted “each and every allegation.”

“The facts came out,” he said. “There was no fact that we needed to get in the proof that we didn’t get in.”

Dunn said that testimony was brought by “a lot of very brave witnesses,” commending Bogoni in particular for her “truthful and fabulous” testimony.

“We thought Professor Connors gave a master’s class in the professional rules of ethics,” Dunn said, noting that the witness had “no ax to grind,” unlike others.

Miller said the case had “a lot of meat to it,” given more than 200 paragraphs of specification included in the charges.

“We expected a dog fight and we got one,” he said. Justifying his objection to earlier testimony regarding an apparent investigation by William Moon, Scuderi-Hunter’s predecessor as social services commissioner, Miller said “when we do an investigation, you get information from a variety of sources. Not all of those sources turn out to be reliable, and not all of those sources really know what they’re talking about.”

When asked if he was implying the former commissioner was not reliable or did not have any valuable information to contribute to the investigation, Miller answered simply: “did you see Bill Moon as a witness?”

Miller said he recommended Riccio’s services to the county based on his own experiences working with the hearing officer on previous disciplinary hearings, noting that he had “always been satisfied.”

“Riccio is a very experienced, highly qualified labor relations professional,” Miller said. “We didn’t select him for any other reason.”

Dunn, whose firm regularly litigates civil service disciplinary hearings on behalf of unions, said  the statute gives “wide discretion” for the employer to select a hearing officer and that many opt for a “professional, full-time arbitrator,” someone who would be “really impartial and bring vast experience.”

“The county didn’t choose to do that here,” he said.

Riccio said there is no mandate establishing a deadline for him to render his recommendation, but that he hoped to return one within 30 days, adding that the Jan. 7 expiration of Scuderi-Hunter’s term was “not a factor” he would consider in his decision.

Under the Civil Service Law statute governing disciplinary hearings, the hearing officer’s recommendation will be forwarded to the authority responsible for appointing the civil service employee in question — in this case, the county board of supervisors, according to Miller — to render a final decision in the matter.

Noting that two of the supervisors took the stand in the proceedings, Dunn said “an inquiring mind would ask: can I participate in evaluating my own testimony?”

The appointing authority is also responsible for imposing any penalties on the employee, according to Dunn, but is limited to the scope of actions outlined in the law, including a fine, temporary suspension, demotion or dismissal from service.

“If we were in a marathon, we’d be just passing the 10-mile mark,” Dunn said.

If the case was brought up on appeal, the process could take months, he said. The respondent would have to prove that the hearing officer made some sort of legal mistake, and the county would have to provide substantial evidence to support the charges and justify any penalties recommended without making any new findings.

DSS CHIEF ‘I WOULD DO

“I have served honorably, and I would do it again,” Scuderi-Hunter said after adjournment. “I love to serve the people, and I love to serve Delaware County.”

Recalling a July 9 meeting with Molé, Pinner and Miller, Scuderi-Hunter said that the attorney repeatedly assured her the resignation offer was “very generous.”

When she refused to resign, she said, it was more than a month before charges were filed.

“I don’t think the county ever thought this would happen,” Dunn said.

Scuderi-Hunter said she thought many of the supervisors were not fully informed when they voted in August to formally suspend her.

Dunn said his client would have been “much better off to walk away” and accept the resignation offer, but “if this was just about the money, you wouldn’t have seen the show.”

“I would do nothing differently,” Scuderi-Hunter said.