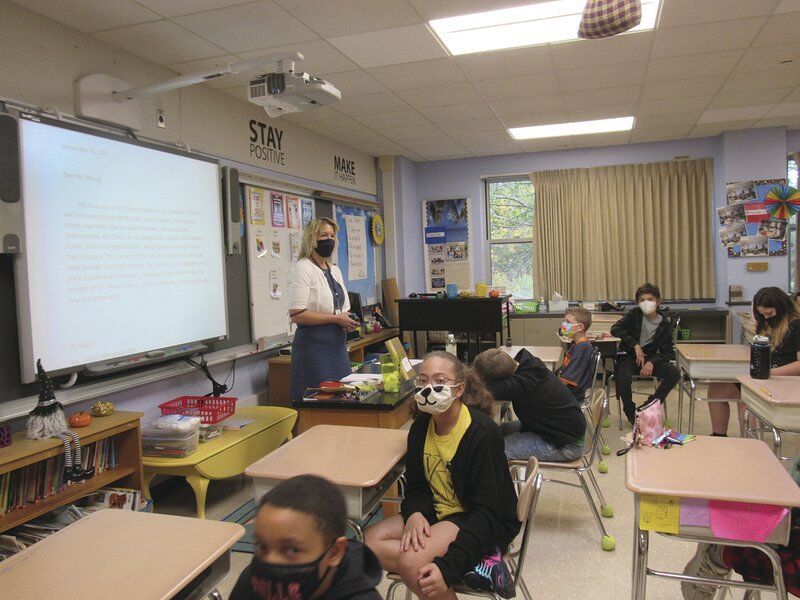 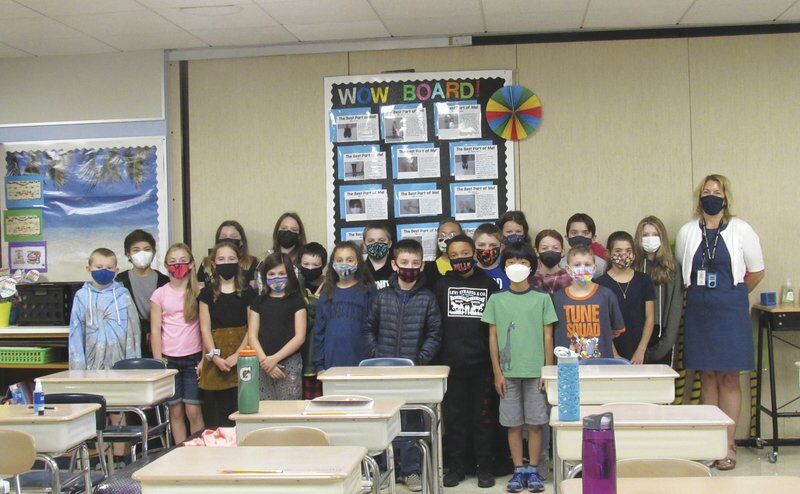 Vicky Klukkert | The Daily StarJulie Shelp's fifth grade students at Valleyview Elementary School wrote a letter to Oneonta Mayor Gary Herzig to complain about the litter on the city streets. The class is pictured Wednesday, Oct. 13.

Vicky Klukkert | The Daily StarJulie Shelp's fifth grade students at Valleyview Elementary School wrote a letter to Oneonta Mayor Gary Herzig to complain about the litter on the city streets. The class is pictured Wednesday, Oct. 13.

Students in Julie Shelp's fifth grade class at Valleyview Elementary School said they're upset people litter in the city and the town of Oneonta.

Shelp said she has students write “I am” poems at the beginning of the school year so she can get to know her students and two students wrote about the environment.

Shelp said she went for a walk over a weekend and noticed all the litter around the area where she was walking and reported what she saw to her students and asked them how they felt about seeing trash on the ground and how they could solve the issue. One of the solutions was to write a letter to Oneonta Mayor Gary Herzig, she said.

In the letter, they wrote “We have seen a lot of litter around our city, Oneonta. The litter we have seen include bottles, cans, cups, wrappers, broken glass, masks, cigarettes, take-out containers and plastic bags. Unfortunately, this litter is at our playgrounds, outside of residential homes, around college campuses, along highways, and right next to trash disposals. This is unacceptable behavior because you could use these garbage cans to put trash in.”

Students in her class, who would only be identified by their first names, were vocal about why littering is wrong.

“So many animals think it's food, but it's plastic and after they eat it they die,” Gabriel said.

“Why can't people just put their trash in there?” Nora asked.

In the letter, they asked in fines could be imposed on those caught littering. City Clerk Kerriann Harrington read the letter out loud at the end of the Oct. 5 Common Council meeting.

After the letter was read, Council Member Kaytee Lipari Shue said the students were “definitely right,” and she announced SUNY Oneonta students were going to meet at Mueller Plaza on Oct. 17 (rain date Oct. 24) at 12:30 p.m. to clean up around the city. She said anyone could join.

Shelp said the class discussed further solutions to the problem. Students contacted other schools such as Franklin or Milford to see whether they had similar problems and if they had solutions, and suggested bringing attention to the problem on  social media, and setting up a trash pickup bee.

Or, as Anika said, just "be respectful and don't litter."

BAINBRIDGE - On Jan. 10, 2022, it was discovered that Douglas Richard Anderson, 75, had passed away at his home. Cause of death was later determined to be the COVID-19 virus. Douglas was the first of two children born to Damia L. and Richard Elmer Anderson in Schenectady. Doug graduated from…