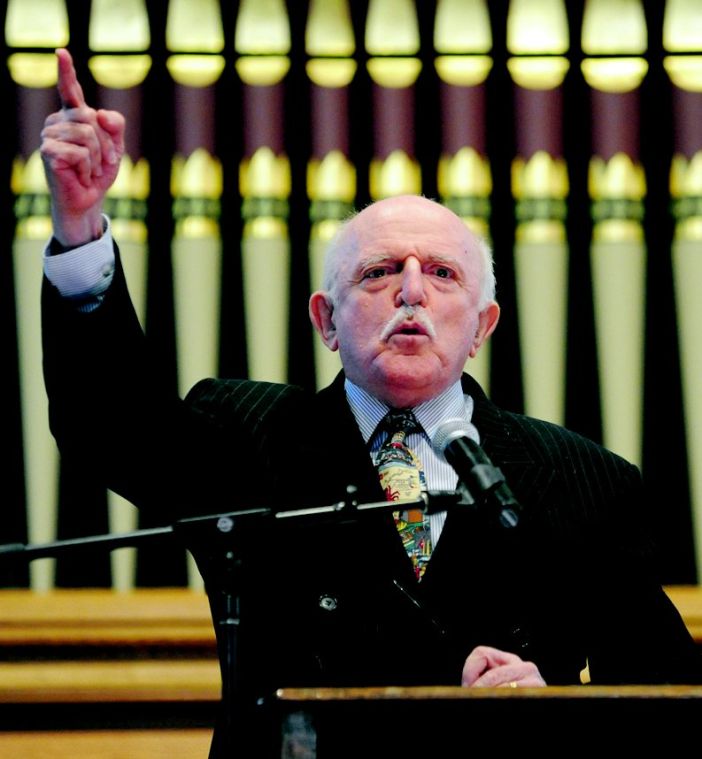 John Astin, seen in this recent photograph, will be appearing at a one man performance on Saturday at SUNY-Delhi. 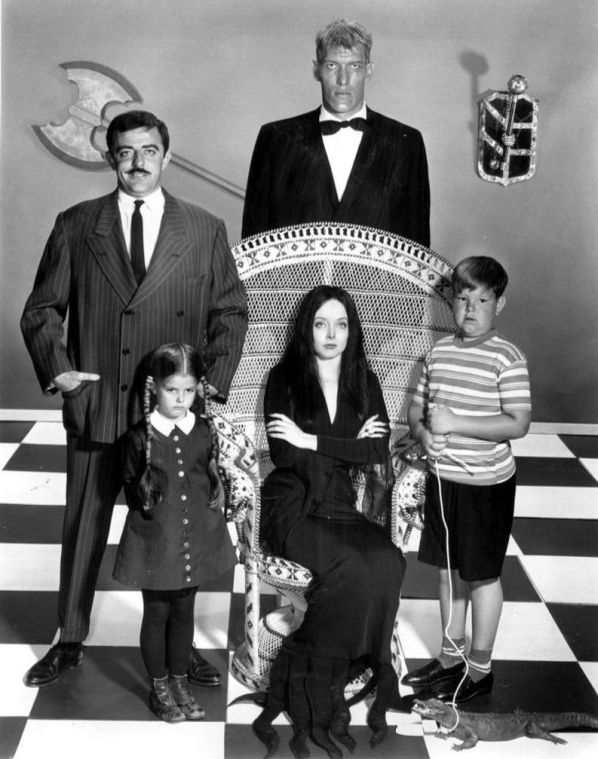 Contributed John Astin performs as Gomez in "The Addams Family" in this undated publicity photo.

John Astin, seen in this recent photograph, will be appearing at a one man performance on Saturday at SUNY-Delhi.

Contributed John Astin performs as Gomez in "The Addams Family" in this undated publicity photo.

A three-day festival at SUNY Delhi starting Saturday includes a one-man show featuring a star of television’s “The Addams Family.”

John Astin talked by phone Wednesday about his show titled “An Evening with John Astin: Gomez, Poe and The Usual Suspects.” That and the other shows in the series will be held 7 p.m. at the college’s Okun Theatre in the Farrell Student and Community Center. They are free and open to the public.

It includes on Sunday “Hard Travelin’ with Woody,” about Woody Guthrie, performed by Randy Noojin. On Monday, professional actors from New York City will read a new play by David DeWitt, “All for the New Man Band,” followed by a discussion with the playwright.

The performances are part of a partnership between State University College of Technology at Delhi and the New York State Summer School of the Arts. During July, 30 high school students from across the state will study with members of the Circle East Theatre Company of New York City on the SUNY Delhi Campus.

College communications director Kim MacLeod said this is the first time the organization is on campus and using its facilities. “It’s great that we can offer these excellent performances. We hope they return next summer.”

Astin, who starred as Gomez in The Addams Family from 1964-66, said one of the people involved with a theater program he started at his alma mater runs the state Summer School and he has been involved for several years. This will be the first time he has been to this area.

His one man show is a bit of “an experiment,” he said, combining elements of his Edgar Allan Poe show, and other readings that have a relevance to his life, from such authors as F. Scott Fitzgerald, William Shakespeare, E.E. Cummings and Ezra Pound. He will also show video clips from The Addams Family, and some of his other roles including the “Evil Roy Slade.” There will be some time for questions and answers.

Astin, 83, was born in Baltimore and still lives there. Besides acting, he teaches at John Hopkins University.

“I would have gone into a career in science of math, if I hadn’t been in love with the theater,” he said. He spent about a decade, starting in the 1950’s, working in New York City theater. His big break came when he was performing in “Major Barbara,” where he came to the attention of the actor Tony Randall. He cast Astin in a summer play that led to signing with his agent. His work as a guest star on television caught the eye of casting directors and and led to a role in such movies as “West Side Story” and “Touch of Mink.” He enjoyed working with such stars as Cary Grant and Doris Day on the latter. They were people he admired watching on the screen, so it was exciting, he said.

Some “wonderful” notices led to a starring roles on television, first in “I’m Dickens, He’s Fenster” in 1962-63 and then “The Addams Family.”

Playing Gomez was as much fun as it looked like to audiences, he said. He was told by a family member, “it was the perfect extension of my inner self,” and said “I feel fortunate I was able to work with the cast of that show.”

BURLINGTON FLATS - James "Jim" Renwick Jr., 87, died Nov. 27, 2021, at Bassett Healthcare in Cooperstown. The son of James Renwick, Sr. and Louise Kukenberger, Jim was born Jan. 8, 1934, in the Village of Cooperstown. When he was young his family moved to the Hartwick area where he was raise…

Joseph R. Bellew passed away, at home on Nov. 28, 2021. At the convenience of his family, a Mass of Christian Burial will be April 23, 2022. A full obituary will appear closer to that date.