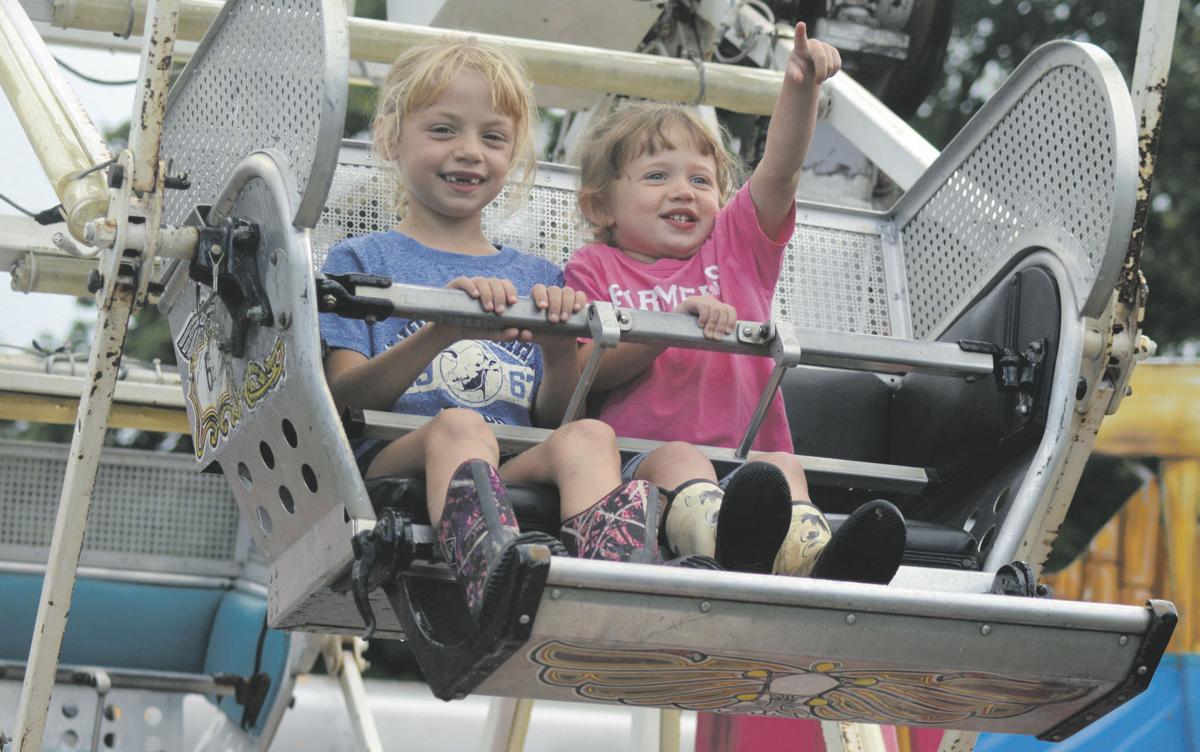 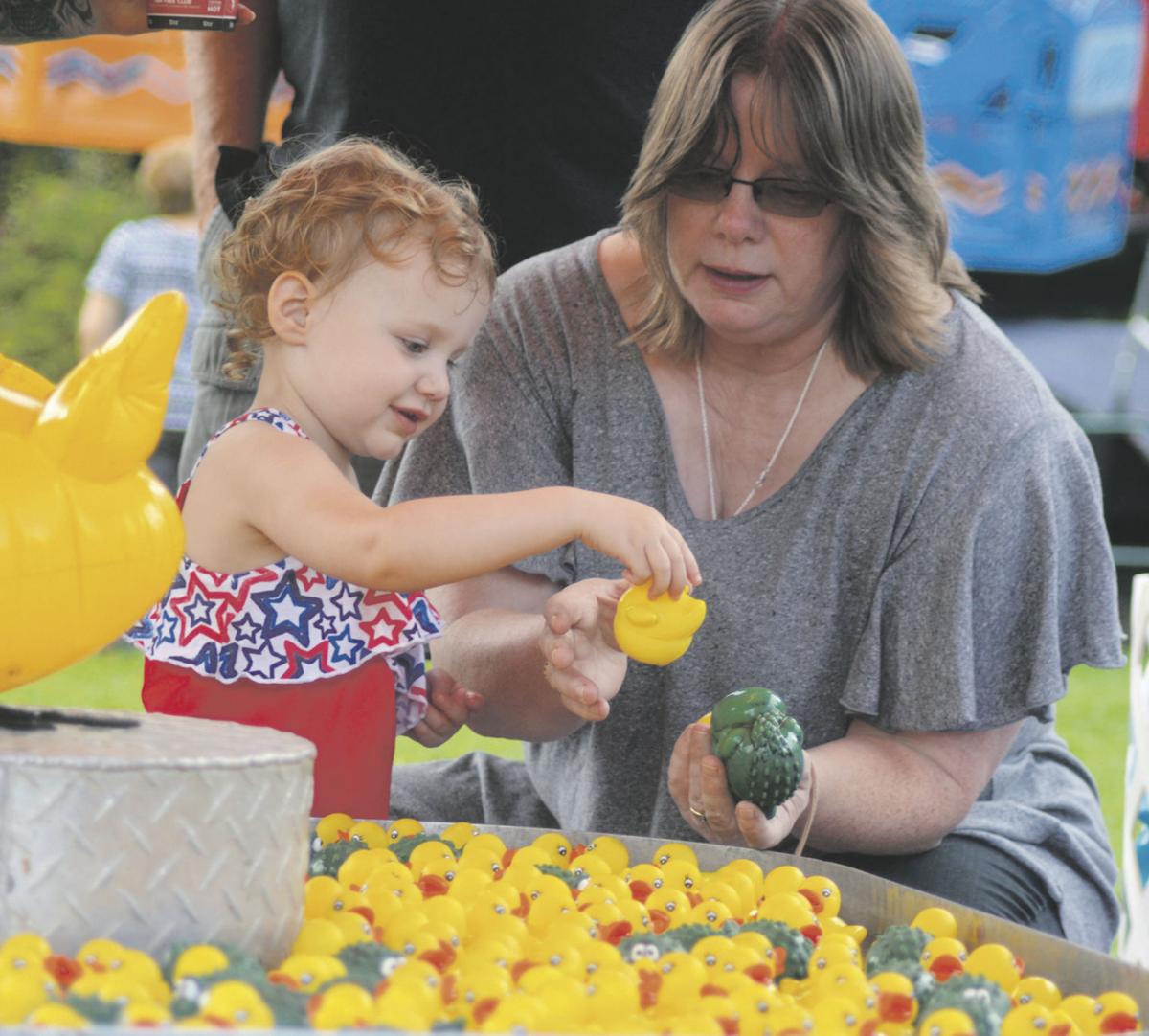 GREENE — Intermittent rain showers couldn’t put a damper on the 100th edition of the Labor Day picnic at the Greene Community Ball Flats.

Chenango County residents celebrated the unofficial end of summer with midway rides, carnival games and a chicken barbecue, and some attended in celebration of their family roots in the area.

Becky Messina of Port Dickinson said she was excited to show her 2-year-old granddaughter, Willow Seay, where her husband grew up.

Joyce and Jim Gray of New Kingston brought their granddaughters, 6-year-old Addy and 2-year-old Hayden Olsen of Bloomville, to the picnic.

Joyce, who said she is a longtime friend of picnic organizers Marsha and Byron Miller, told her granddaughters, “I’ve been coming to the fair since I was your age.”

The festivities began with hose fights — an annual fire department tradition — and a parade, followed by the dedication of a mosaic mural made by students at Greene Central School under the direction of Binghamton-based artist Emily Jablon, depicting a carousel, Ferris wheel, the hose fights, an Elvis silhouette and fireworks.

“I think it went pretty well in spite of the weather,” Raymond said afterward, manning the grill cooking hamburgers. “I’ve lived in Greene most of my life and have been going to the picnic since probably before I could walk.”

Greene’s first Labor Day picnic was held in 1919, two years after the community’s annual agricultural fair was suspended because of the polio epidemic, according to Peg Ross, town historian.

The community picnic also featured a car show, 5K race, dunk tank, pie-eating contest and numerous exhibits by the Greene Garden Club and the Greene Historical Society, including a fashion show, and concluded with a fireworks display

“It’s very much a community event,” Raymond said. “It’s part of the fabric of Greene.”