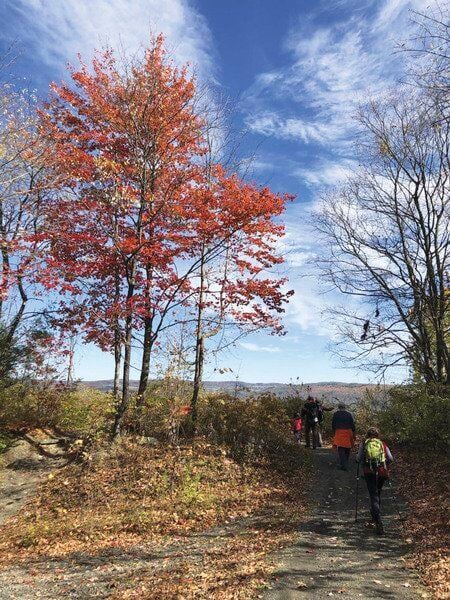 ContributedAbove: A group of hikers embarks on one of the dozens of trails through the stone quarry in Norwich in this undated photo. 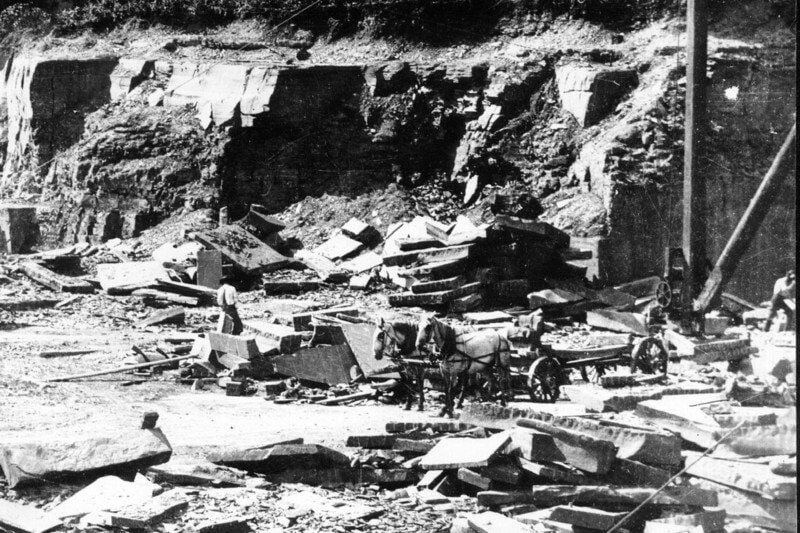 Left: Workers load stone onto a horse-drawn wagon in this undated photo from the Norwich stone quarry’s active days.

ContributedAbove: A group of hikers embarks on one of the dozens of trails through the stone quarry in Norwich in this undated photo.

Left: Workers load stone onto a horse-drawn wagon in this undated photo from the Norwich stone quarry’s active days.

A Chenango County nonprofit organization is seeking donations to help fund its purchase of the Norwich stone quarry to ensure its continued public availability.

The purchase of the 192-acre quarry would more than double the property owned or managed by the Chenango Greenway Conservancy, which was founded in 2006 with the goal of developing and maintaining a network of multi-use recreational trails throughout the county, according to vice-chair Chris Olds.

To date, the conservancy has raised $50,000 toward its $300,000 goal to purchase the quarry, which was used for stone cutting until the early 20th century.

The quarry is owned by the Guinn and Quincy families, who have allowed the property to be used for public recreation on an informal basis, Olds said. Upon the death of matriarch Anna Mae Quincy, the conservancy offered to purchase the lands to ensure their continued use by the public.

“The Guinn and Quincy families have always enjoyed the beauty of this land and we are hopeful that someday in the near future, this property will be considered a public park for all to enjoy,” said Priscilla Nicotra, Quincy’s daughter.

Though the conservancy’s purchase of the quarry property would not qualify it as publicly owned, Olds said, its members would ensure its maintenance and upkeep for continued use as a public space as if it was a park.

“There’s all sorts of great trails and a beautiful viewscape,” Olds said. “We didn’t want it to get locked up or divested. It’s a great asset.”

The private quarry property is contiguous with the Hillcrest Conservation Park and Environmental Studies Center, a 53-acre nature preserve owned by the Norwich City School District, as well as another 200 acres owned by Chenango County, Olds said.

“We think of this as a keystone property connecting others,” he said. “There’s lots of interconnecting trails and views, and our purchase will ensure that this green and open space is preserved for the public to use.”

The trails are popular among local and regional mountain bike clubs, according to Olds, who coaches the Galena Growlers Mountain Biking League. The quarry will be the site of a two-day youth race, one of only five in the state organized by the National Interscholastic Cycling Association, in May, and an adult race in August.

“It really does rival a lot of other trails,” drawing bikers from as far away as the Capital Region and Long Island, Olds said.

The conservancy views its recreational promotion as a tool of local economic development, Olds said.

“If we’re trying to retain and help local businesses to grow, we need assets to inspire people to come and stay,” he said. “If Chenango County is a destination, people will want to drive here and spend money in restaurants, gas stations and convenience stores, and even stay overnight.”

An ongoing partnership with the city of Norwich and the Norwich City School District has allowed the conservancy to develop and maintain eight miles of hiking and biking trails along the Chenango River, Olds said.

The conservancy was gifted a 6-acre parcel at the end of Sheldon Street known as Patsy’s River View, named for the late Patsy and H. William Smith, Olds said. On the east side of the river, the conservancy owns another parcel near the Pet Street Station Animal Hospital on county Road 32.

Visit chenangogreenway.org for more information or to donate.