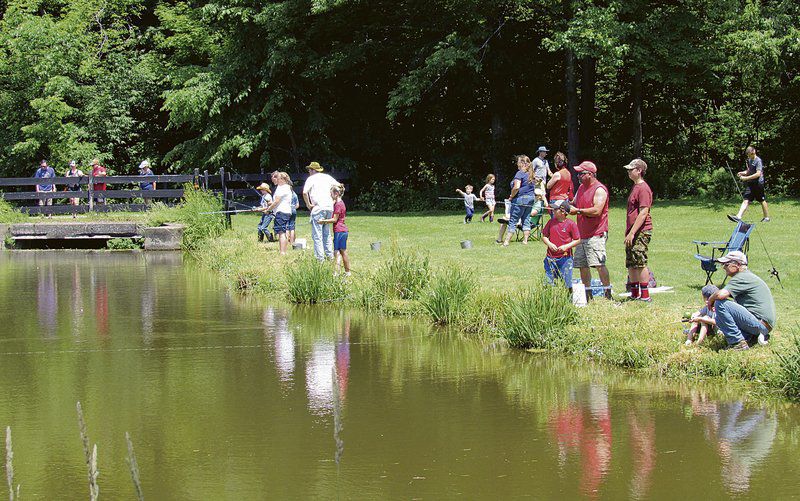 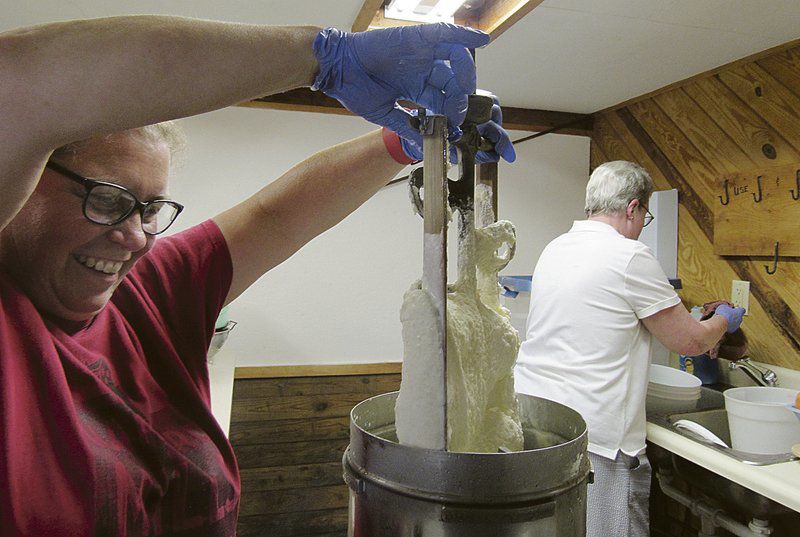 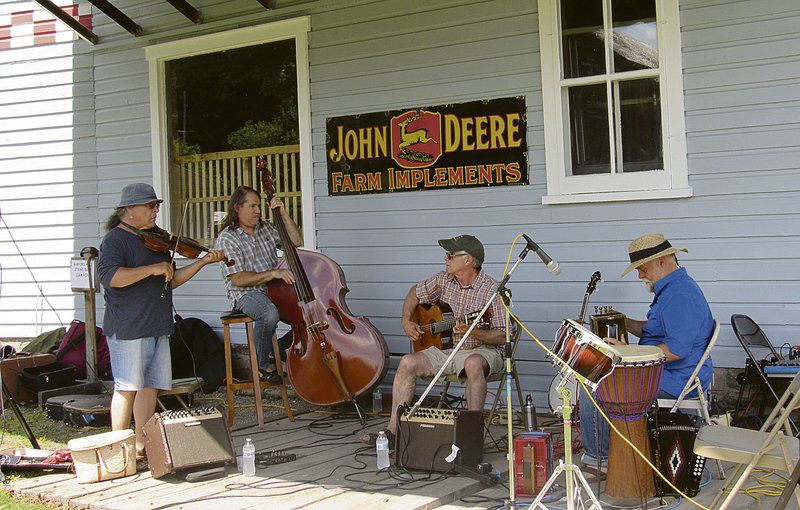 About 400 people showed up to celebrate at Hanford Mills Museum's Independence Day celebration Thursday in East Meredith, according to Liz Callahan, the museum's executive director.

Lively music from the Hanford Mills String Band filled the air as visitors fished on Mill Pond, viewed steam and water power demonstrations and lapped up freshly made ice cream.

Hanford Mills Museum has been holding the July 4 event for about 40 years, Callahan said.

Hanford Mills was purchased by David Josiah Hanford in 1860, according to the museum's website. Under the ownership of the Hanfords, the mill grew into a rural industrial complex that included a sawmill, gristmill, feed mill, woodworking shop and hardware store. In 1898, Hanford Mills accessed the waters of Kortright Creek to provide the town electricity for the first time. The Hanfords also used steam and gasoline engines to power the mill and its electric dynamo.

Hanford Mills Museum's modern day July 4 celebrations pay homage to this with steam power and water power demonstrations in the museum’s historic sawmill, gristmill and woodworking shop. The museum hosts its Ice Harvest Festival every February, a nod to the importance of ice as a winter crop for farmers before refrigerators existed. That ice is kept frozen in the museum’s ice house, packed with mounds of sawdust from the mill.

At the July 4 celebration, visitors can sample ice cream chilled with ice cut during the festival, and made using a steam-powered churn. Some people come from as far away as New Jersey and Pennsylvania for the ice harvest festival, Callahan said, and often return in July to taste the ice cream they helped create.

Most people come for the July 4 celebrations from within an hour of the museum, said Callahan. This year, the event drew people from New Jersey, Georgia, Kentucky, Massachusetts, Maryland and Florida.

"It's this neat combination of people who come every year and people who have never been here before," Callahan said.

Heather Gewandter lives in Rockville, Maryland, and came to the event with her sister, Jen Gewandter, of Rochester and Owen Ashton, 5 months old, Micah Ashton, 4, and Sadie Tinyk, 5. Though Jen said the kids were mostly excited for the ice cream, they were also fascinated by the water wheel.

"What better thing to do on July 4 than see a little piece of history?" Heather said.