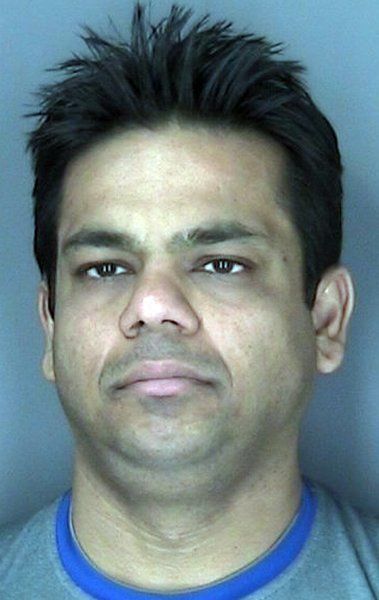 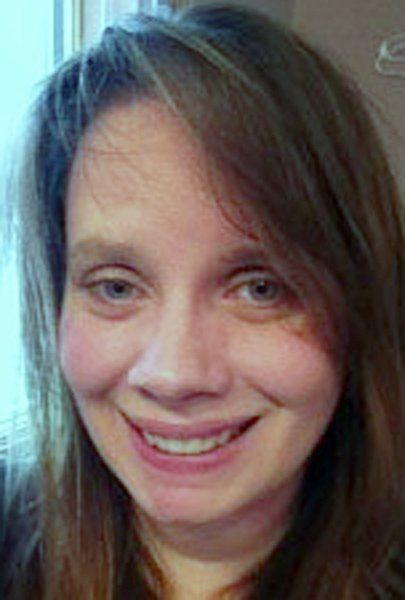 NORWICH — Two in-laws of accused killer Ganesh “Remy” Ramsaran described him Friday as a mean-spirited and domineering man who harshly scolded his young children and maligned his then-missing wife by claiming she was a drug user who had been involved with other men.

Several days after he reported his wife missing on Dec. 11, 2011, Ramsaran “told us she was on drugs and ran away with somebody,” said Thomas Renz, the father of Jennifer Ramsaran, whose body was recovered in Pharsalia in late February 2013.

Renz said Ramsaran even tried to show him a bag of what appeared to be pharmaceutical medications, but he didn’t want to look at it because he didn’t believe his daughter, a mother of three, was involved with drug abuse.

He said she had been taking pills for allergy relief. “I know she wasn’t taking drugs for the sake of taking drugs,” Renz said.

Both Renz and another daughter, Joann Buff of Middleburgh, the victim’s sister, said Ganesh Ramsaran, 39, showed no interest in going out to look for his wife in the days immediately after he reported her missing.

The two also said Ganesh Ramsaran told them that Eileen Sayles, at that time having an affair with the defendant, was “a better mother” to the Ramsaran children than Jennifer Ramsaran was. The two said the slight was uncalled for, erroneous and inappropriate, given he said it at a time when police were searching for Jennifer Ramsaran.

Four days after the disappearance of Jennifer Ramsaran, the husband hosted a birthday party at the couple’s home on Sheff Road in South New Berlin for one of their three children, Renz said.

“He was acting like he was having a good time,” Renz said.

Renz said Ramsaran stopped by his house on Dec. 16, 2012, and said he wanted to go for a ride. Renz said he then let Ramsaran get in his car, and with Ramsaran providing instructions on where to go, they ended up heading toward Plymouth, where Ramsaran had located his wife’s iPhone in a creek bed one day after the disappearance.

Renz said he thought Ramsaran wanted to show him where he had found the phone. But they never got there, he said, because Ramsaran took a cell call from a woman, and the two apparently agreed to meet back at the Ramsaran home.

It was on the way back to South New Berlin, Renz said, that he drove through Norwich and noticed what appeared to Jennifer Ramsaran’s missing van in a parking lot.

He said although it was the second time they had driven past that location that day, Ganesh Ramsaran didn’t notice the van. Renz said he decided not to tell Ramsaran he observed what appeared to be the missing vehicle, and later, after dropping Ramsaran off in South New Berlin, he returned to Norwich, confirmed it was his daughter’s van, and immediately called 911.

Ganesh Ramsaran had claimed in his missing person report to New Berlin Police that his wife had taken that van to go shopping in Syracuse the morning of Dec. 11, 2011. It’s the contention of Chenango District Attorney Joseph McBride that Ganesh Ramsaran used the van to ditch his wife’s body and the phone before abandoning the vehicle in that parking lot.

During opening statements Thursday, McBride said the blood of Jennifer Ramsaran was found in several locations inside the van.

Buff, a mother of five, said she had grown alienated from Ganesh Ramsaran because of the way he treated her sister and because of what she called his inappropriate behavior. She said she decided she didn’t want her children around him.

At her father’s 70th birthday party in 2012, Buff said, Ramsaran flirted with other women. “He was always kidding about having extra wives,” she said.

Within a couple of day’s of Jennifer Ramsaran’s disappearance, Buff said she stopped by her sister’s home, where Ganesh Ramsaran began talking about his medals and trophies from having participated in marathon runs.

“I thought that was odd,” she said. “She was missing, and he was thinking about marathon competitions.”

Defense lawyer Gil Garcia tried to show that the witnesses recollection of events was fuzzy, and asked whether what they did remember was shaped in discussions they had with members of the district attorney’s staff.

Garcia also interjected numerous times while McBride examined the prosecution witnesses, complaining that the prosecutor was asking leading questions or posing questions about events without pinpointing a time period.

Trying to buttress his theory that Ganesh Ramsaran killed his wife to keep her from getting half of the marital assets and from getting alimony from him, McBride called to the stand Jason Wicks, a former friend of the defendant who lives near Mobile, Ala.

Wicks said Ramsaran disclosed to him in February 2012 that he was having an affair with Sayles, his wife’s close friend, and no longer loved Jennifer Ramsaran.

Wicks, noting he is divorced, said he advised Ramsaran that he needed to keep it a secret that he was cheating on his wife because he would likely lose much of his financial assets to her in a divorce decree.

Wicks also said that Ramsaran confided that he had been “sexting” with Sayles — sending and receiving lurid messages along with provocative photographs via cell phones.

“He told me she would send any kind of picture he asked for,” Wicks recalled, later adding, “She was willing to do anything with him that he wanted to do.”

McBride had told the jury in his opening statement that the killing was motivated in party by Ramsaran’s “obsession” for Sayles.

Said Wicks: “He loved Eileen. He wanted to spend the rest of his life with her.”

Wicks said Ganesh Ramsaran had also told him that he had asked his wife for a divorce “at least three times.”

When Sayles tried to break off the relationship just weeks before Jennifer Ramsaran’s disappearance and briefly went back with her husband, Patrick Sayles, Ganesh Ramsaran “was upset about it. He was hurt,” Wicks said. He added that Ganesh Ramsaran was so upset by the development that he arranged to turn off the service to the iPhone he had given to Eileen Sayles.

After learning that Jennifer Ramsaran was reported missing, Wicks said he bought plane tickets so he could fly from Alabama to New York and assist in the search. Wicks said he then called Eileen Sayles and asked if she could give him a ride to Norwich from an airport. That, he said, prompted Ganesh Ramsaran to call him and urge him not to come.

“He didn’t want me coming up,” Wicks said, noting Ganesh Ramsaran advised him that “I’m trying to maintain a sense of normalcy for the kids.”

Wicks said his friendship with Ramsaran ended shortly after he was charged with killing his wife.

In cross examining Wicks, Garcia established that the Alabama man, using a nickname, had suggested Ramsaran played no role in his wife’s disappearance in comments posted on a web site called www.websleuths.com, which still features a significant amount of discussion about the case.

However, after McBride objected, Chenango County Judge Frank Revoir Jr. blocked Garcia from getting Wicks to discuss the supportive comments he had made about Ramsaran.

Also testifying for the prosecution Friday was former New Berlin police officer Dominick Commesso, now a village of Cooperstown officer. He recalled Ganesh Ramsaran and Sayles going to the New Berlin police station on Dec. 12, 2012, to get an update on the investigation into the disappearance of Jennifer Ramsaran.

Although Ganesh Ramsaran had maintained in his initial police interview one night earlier that his marriage was harmonious, he now acknowledged he had been having an affair, but insisted his wife was unaware of it, Commesso said.

Commesso also recalled going to Plymouth to search for Jennifer Ramsaran’s cell phone after Ganesh Ramsaran showed him an iPhone application that could track missing phones through GPS technology. Commesso said the application showed the device to be in Plymouth, so he searched in the area of Moon Hill Road and state Route 23 about two hours that day but could not locate the phone.

Later that day, he said Ganesh Ramsaran then went to the same area later that day and found the undamaged phone surrounded by rocks in a creek bed. When he called police to report he found the phone, Commesso said, Ramsaran sounded “upset.”

Commesso said Ramsaran came back to the station later that day with his wife’s iPod device, stating that she had used it to play online games with men.

Ramsaran is being held for lack of $500,000 bail in the Chenango County Correctional Facility.

Jennifer Ramsaran was 36 years old when she was last seen alive. An autopsy determined she died as a result of a homicide, but did not point to any particular modality of how she was killed.

McBride argued to the jury in his opening statement that Ganesh Ramsaran got rid of the body off remote Center Road in the town of Pharsalia, where it was exposed to wildlife.

Additional prosecution witnesses are expected to take the stand on Monday.