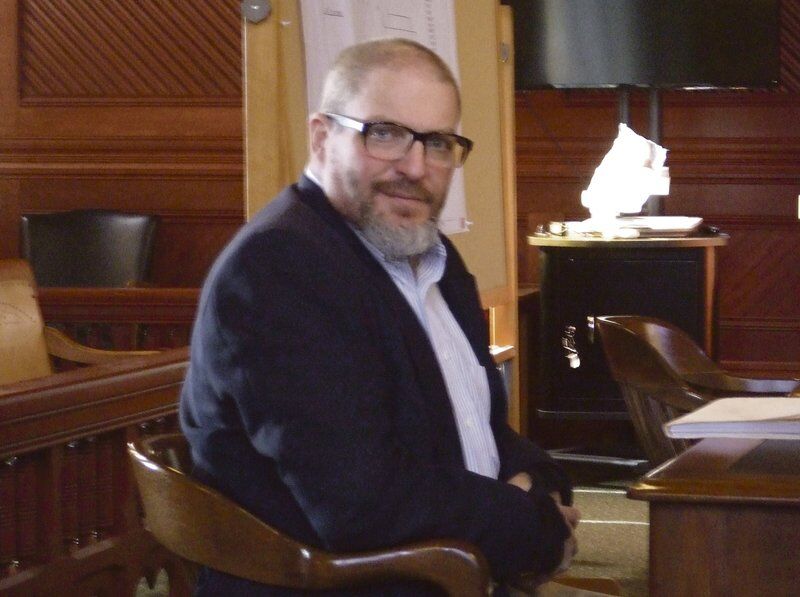 Don Mathisen | The Daily Star In this Sept. 12, 2017, file photo, Casey Callahan appears at his murder trial in the Otsego County Courthouse in Cooperstown. 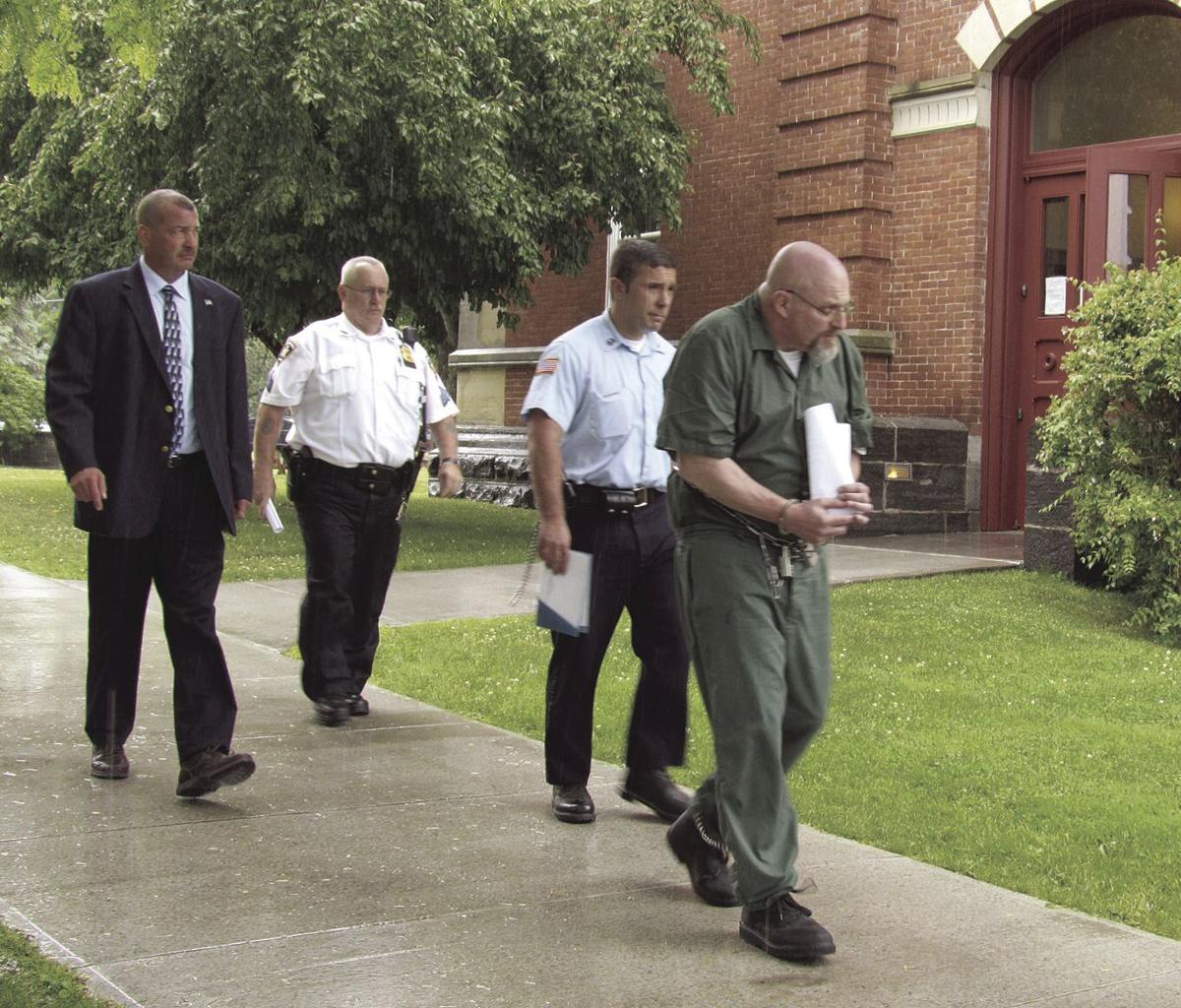 Casey Callahan, a former Unadilla resident, is escorted to a correctional van being arraigned at the Otsego County Court in Cooperstown in June 2016. In September 2017, he was convicted of killing his wife. The conviction was overturned earlier this month.

Don Mathisen | The Daily Star In this Sept. 12, 2017, file photo, Casey Callahan appears at his murder trial in the Otsego County Courthouse in Cooperstown.

Casey Callahan, a former Unadilla resident, is escorted to a correctional van being arraigned at the Otsego County Court in Cooperstown in June 2016. In September 2017, he was convicted of killing his wife. The conviction was overturned earlier this month.

A former Otsego County resident convicted of his wife’s murder is set to have a new trial.

Callahan, now 55, was arrested in 2016 and charged with the murder of his wife, Elizabeth Welsh Callahan, at a truck stop in Pennsylvania 16 years prior.

Welsh Callahan, then 34, was killed when she was run over by her husband’s tractor trailer in the parking lot of a Dandy Mini Mart in Sayre, Pennsylvania as she was tying her shoe.

Several witnesses testified at the original trial that the Callahans were having marriage difficulties, and Callahan himself admitted on the witness stand that he was having an extramarital affair at the time of his wife’s death.

Callahan’s appellate attorney, Kelly L. Egan, claimed her client was “merely joking when he told other people that he could run a person over with his truck and make it seem like an accident.”

Welsh Callahan’s death was initially ruled accidental by Pennsylvania State Police and an insurance investigator, but the case was reopened in 2016 when a woman called the Otsego County District Attorney’s Office to share her suspicions that a family member was murdered in Pennsylvania several years prior.

Callahan, who has been incarcerated at Attica Correctional Facility since 2013 for an unrelated conviction of a first-degree criminal sex act, admitted to killing his wife but claimed her death was accidental. He was indicted on murder charges in June 2016 and convicted in September 2017.

In a December 2017 letter to the editor, Goodyear Lake resident Gary Wickham, Welsh Callahan’s brother-in-law, wrote: “Our sense of loss is somewhat eased by the recent conviction and sentencing of her killer.”

“It took us 20 years to do this. The family is devastated,” Wickham said of the appellate court’s decision. “We thought this was done, but we’re prepared to do whatever we have to do.”

Wickham told The Daily Star on Tuesday that he was suspicious of Callahan from the start.

The pair met at a party while Welsh Callahan was living with him and his late wife, her sister Jean, Wickham said. “We knew right from the start it wouldn’t end well and it didn’t.”

Callahan made no attempt to contact his wife’s family in the hours after her death, Wickham said. “He just went home, went to bed and didn’t tell anybody until the next morning.”

Several of Welsh Callahan’s family members testified that she was subject to violent physical and emotional abuse throughout her marriage, including being kicked in the stomach while she was pregnant with the couple’s son, Conner, who was 16 months old at the time of his mother’s death.

Egan, who works as appeals director for the Rural Law Center of New York, successfully convinced the Appellate Division that several aspects of the relatives’ testimony should have been excluded from case evidence.

During the trial, the prosecution was granted a Molineux application — which makes evidence of a defendant’s uncharged crimes or prior misconduct admissible in court if it can be logically connected to a specific material issue in the case — allowing its witnesses to offer proof of prior “instances of verbal and emotional abuse by the defendant toward the victim,” according to court filings.

Egan argued that incidents of physical abuse were not covered by the Molineux application.

“As such, the niece’s testimony, some of which was hearsay, exceeded the scope of the court’s Molineux ruling and deprived defendant of a fair trial,” Egan wrote in a June 10 memorandum and order.

Noting that the defense did not object to the testimony when it was delivered, Muehl argued that the appeal had no grounds because the argument was not preserved at the initial trial.

“They overturned it based on a technicality,” Muehl said. “It’s a ridiculous decision from our appellate division.”

Callahan’s appellate attorney attempted to argue that the case was wrongfully tried outside the proper jurisdiction because the alleged crime took place in Pennsylvania, but the court maintained that the retrial be held in Otsego County.

No date has been set, according to Muehl.

Callahan will remain in prison because he is still serving time on an unrelated conviction, Muehl said, but if he was imprisoned only for the murder conviction, he would now be eligible for bail.

Egan did not return a Monday email or a Tuesday voicemail left at the Rural Law Center of New York’s Capital District Office.