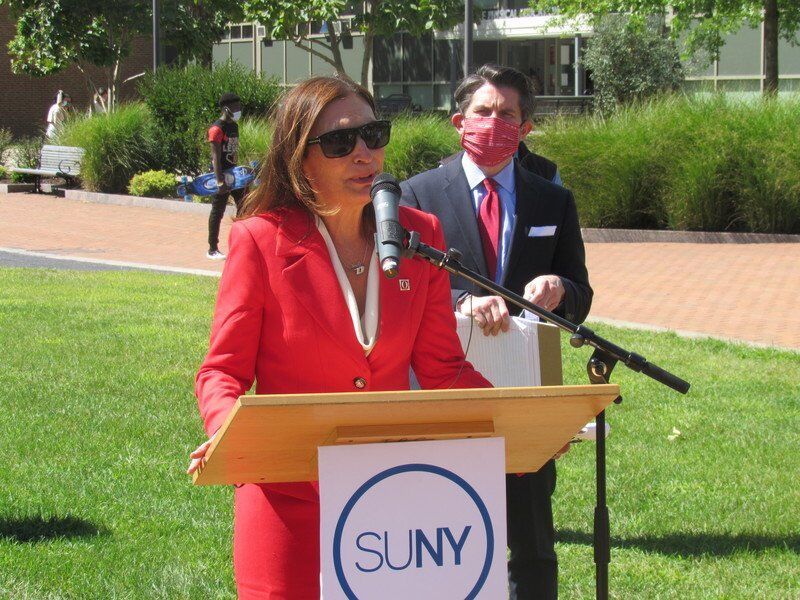 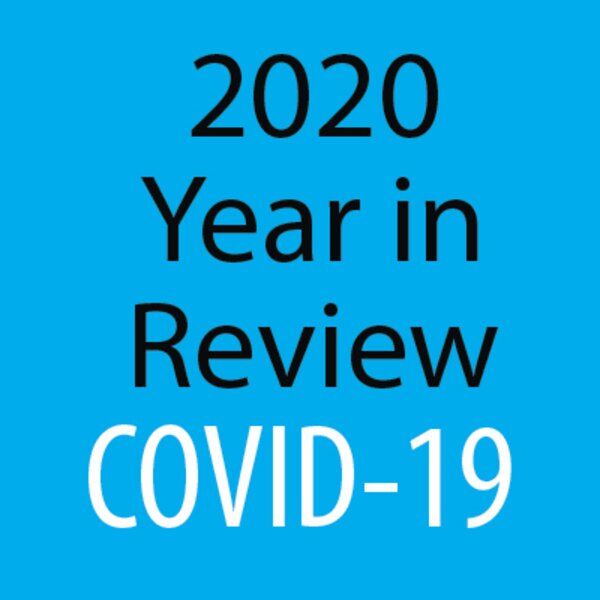 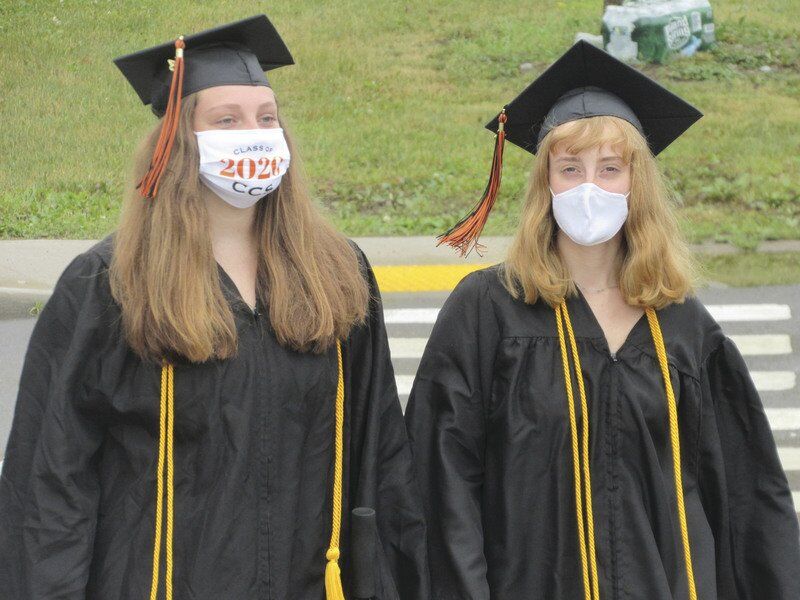 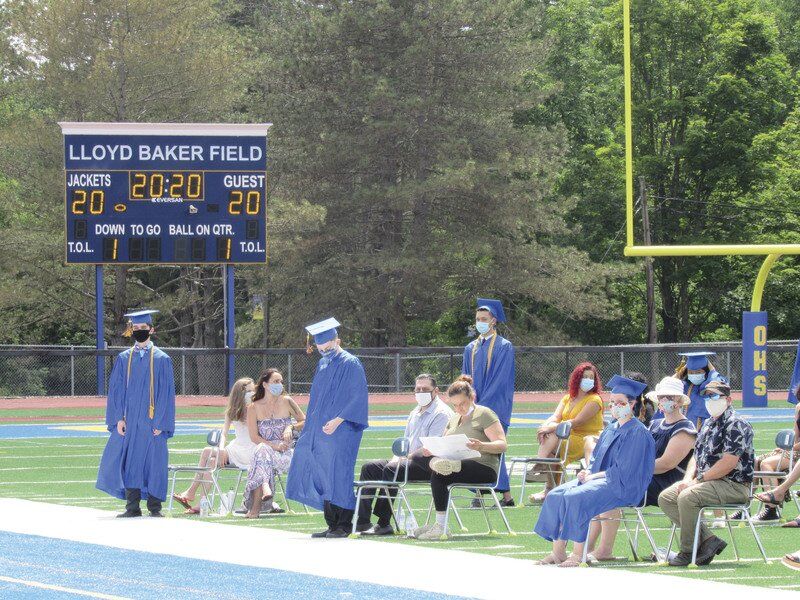 Occasionally, as we have all experienced in 2020, years are known for one thing.

COVID bears a lot of similarity to the Spanish Flu, which infected about one third of the world's population between 1918 and 1920 and is estimated to have killed between 20 and 50 million people.

COVID, which is believed to have originated in Wuhan, China, in 2019, is a worldwide virus that affects the respiratory system.

The Spanish Flu was characterized by several distinct waves, which spread and got more deadly as people in certain places ignored, flouted or refused to pass health standards to reduce the spread of the virus.

Worldwide, there have been at least 80 million cases of coronavirus and about 1.8 million deaths, according to the federal Centers for Disease Control. Although the first reports of the disease came from Wuhan in late 2019, the stories accelerated and the virus spread in the winter of 2020, with Italy becoming another international center of the outbreak. Both countries instituted early, lengthy lockdowns and ultimately stopped the spread to a large extent.

Domestically, the first big outbreak came in some nursing homes in Washington state in February, but it was in March that the outbreak became an American pandemic. New York City and its suburbs became an early epicenter leading to a slew of executive orders from Gov. Andrew Cuomo, including the New York on Pause orders of late March.

Included in the orders was the closing of non-essential businesses, the suspending of the normal budget process and open-meeting laws for government entities — "Zoom," the name of the video-teleconferencing service, may be the word of the year — and several other measures designed to "flatten the curve" of infested, contagious people filling up hospitals and needing to be put on ventilators.

The effects on the local economies were rapid. The state budget, already projected to be in the red, in part because of huge pension and fringe increases, was put out piecemeal. Money owed to municipalities was subject to being recalled or frozen and ultimately led to 20% cuts in most areas of state aid.

In Cooperstown, and in other tourism locations, the 2020 season was canceled — rapidly by some, reluctantly by others.

One by one, all of the areas big cultural draws canceled. The National Baseball Hall of Fame's Classic Weekend in May did not happen and the July Induction Weekend was postponed until 2021.

Symbolically, one of the first things to be canceled was an orientation tour for former New York Yankees captain and first ballot 2020 inductee Derek Jeter in late March.

Jeter's induction, along with Larry Walker, Ted Simmons and Marvin Miller, was projected to be one of the biggest in Cooperstown history, perhaps rivaling the famed 2007 induction of Cal Ripken Jr. and Tony Gwynn, which drew a reported 82,000 fans to the Clark Sports Center fields in the town of Middlefield.

But instead of producing one of the best years ever, 2020 brought busted budgets, lost revenue and suffering, some of it financial, some of it physical and some of it mental.

Schools closed in March and remote learning became a new concern for teachers, parents and students. Offices and non-essential businesses closed and remote work swept the state and country. Rural areas without internet became an even more obvious issue, one many thousands of residents still experience as the year ends.

Sports ended, in some cases mid-practice, and a regional championship girls basketball game between Unatego and Cooperstown was postponed the day before it was to be held. It later was canceled, as were most sports seasons.

Municipal budgets suffered across the board, but because of its reliance on tourism and colleges, Otsego County was the hardest hit locally. Otsego's revenue overwhelmingly comes from two sources, sales tax and state aid, making it much more vulnerable to a downturn. In addition, the business areas hardest hit by the shutdown were restaurants, tourism and general goods, all industries that fuel Otsego's tax revenue base.

Early projections from the New York State Association of Counties had Otsego losing a high-end range of about $15 million in revenue accounted for in the 2020 budget. By June, the county had taken drastic actions to fix the crisis, laying off at least 60 people, freezing purchasing and hiring, and slashing department budgets and payments to outside partners by 15% across the board.

The cuts caused staffing issues in many departments and eventually about half the laid-off workers were rehired. Some of the projections were off, and county officials were relieved by the end of the year to learn they would only lose about $4 million in sales taxes, a third of the early high-end projections.

However, the county made almost no money in bed tax revenue, a loss of about $1.5 million, and the loss of state aid was still a huge damaging loss to the county. It was also a cause of a lot of anger among county officials of both political parties.

During the 2021 budget process, going over the state mandated 2% tax cap was discussed. In neighboring Schoharie County, a 14% tax rate increase was discusses. Both counties ended up cutting services instead of exceeding the tax cap.

REGION STAVED OFF AN OUTBREAK — FOR A WHILE

However, for all the ways the pandemic hurt the county and region's finances, the first wave of the virus was slow to reach The Daily Star's four-county coverage area of Chenango, Delaware, Otsego and Schoharie counties. In March, only one death and 50 positive cases had been reported in the region.

Some local politicians tested positive early. Assemblyman Brian Miller, R-New Hartford, and state Sen. James Seward, R-Milford, both got the virus and were hospitalized in March. Although both have recovered, they had severe cases; Miller was in the hospital for about a month, while Seward, who also fought off a relapse of cancer in 2020, was in an induced coma and the spring began with a rumor of his death.

On Pause ended in June in stages. The four-county area is split between the Southern Tier and Mohawk Valley development districts, but both were early releases from the strict restrictions, which were mostly gone by July. But some standards remained.

The mask became a symbol of 2020. The village of Cooperstown passed a mask ordinance in August. The town of Oneonta followed suit in September and the city did, too, in November.

The pandemic numbers locally had barely hit 100 people when back-to-school season began in August. Then, in a two week span, SUNY Oneonta became the worst-hit college in the SUNY system of 64 colleges.

A couple of cases traced to a super-spreader party became hundreds of cases in a matter of days and ended up infecting more than 700 students. Less than two weeks after opening the campus and a week into classes, new SUNY Chancellor Jim Malatras came to announce the campus would pause on-campus activities for two weeks.

Less than a week later, the college shut down for the semester.

In October, SUNY Oneonta President Barbara Jean Morris resigned. Malatras and Morris' interim replacement, Dennis Craig, have been working with local officials to ensure a smoother return to campus for students in January.

The SUNY outbreak was contained quickly and did not appear to spread to city or county residents. No deaths have been reported as being tied to the college outbreak.

However, as the year ends, the second wave of the virus has been more deadly locally for area residents. Local deaths in the past month have equaled their total from the first eight months of the pandemic. The past week has been the most deadly week in the pandemic locally, including a new high of four deaths reported Monday in Otsego County.

The rising rates of infections, hospitalizations and deaths, local and nationally, contrast with the new hope offered by several potential vaccines. At the same time as local officials were posting increasing deaths rates, local residents who work in medical fields were posting pictures of their vaccinations. That contrast will mark the beginning of 2021.

How that story ends won't be written for months, perhaps years.

Still, we can safely say 2020 was the year of the virus, and it is unlikely anything in the future will unlink the two.

The Daily Star's four-county region of Chenango, Delaware, Otsego and Schoharie counties has had 5,520, confirmed cases of COVID-19 (an increa…

HARTWICK - Bart, as he was known to his family and friends, died peacefully on Jan. 2, 2021, at Cooperstown Center. He was 93. He is survived by his son, Bart (Pat) Barown Jr. of Milford and daughter, Linda (Alan) Curran of Sylmar, California. He is also survived by 12 grandchildren, Bart, M…