State, in shift, allows prison staffers to wear masks to protect from COVID-19 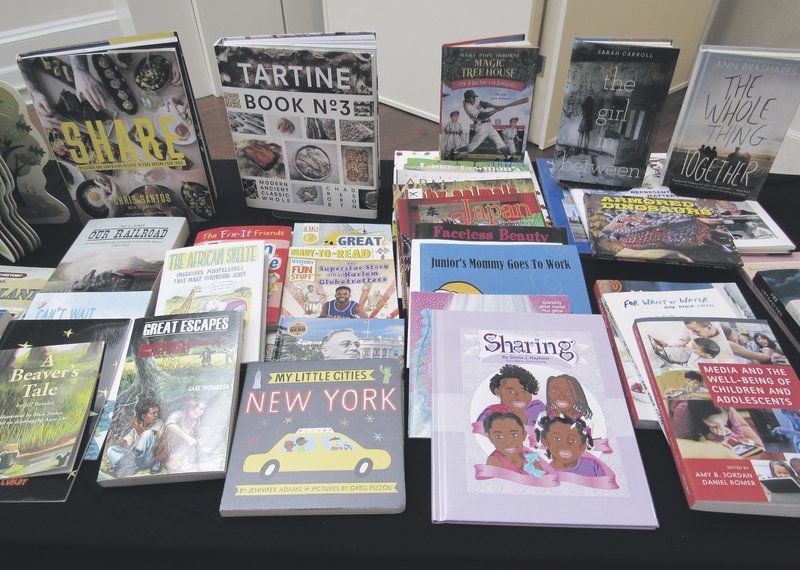 Denise Richardson | The Daily Star Books pictured here were among those given to the Village of Cooperstown Library on Thursday as part of the Surplus Book Program of the Library of Congress. 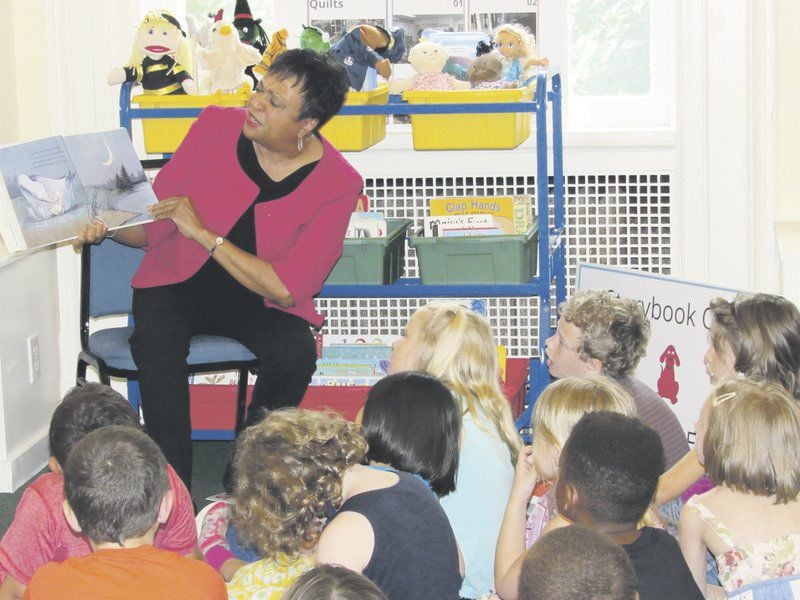 Denise Richardson | The Daily StarCarla Hayden, the Librarian of Congress, reads to first-graders at the Village Library of Cooperstown on Thursday. 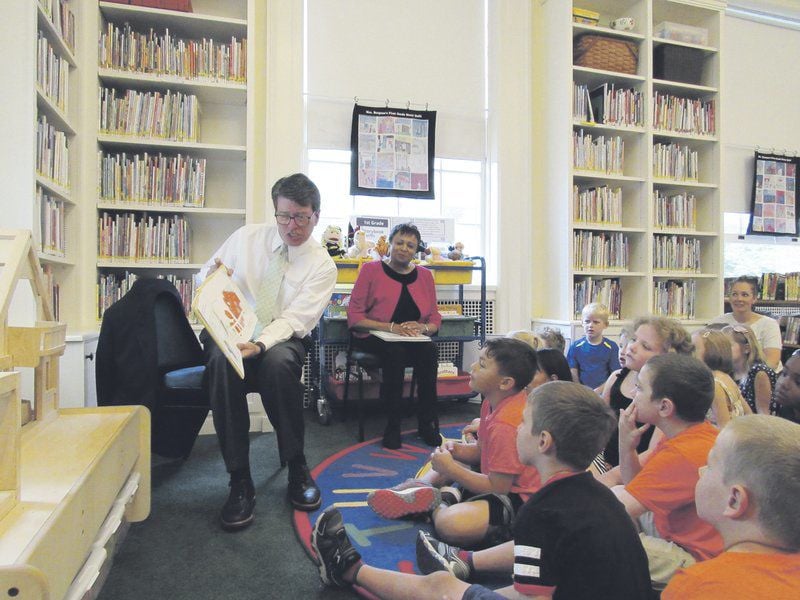 Denise Richardson | The Daily Star Books pictured here were among those given to the Village of Cooperstown Library on Thursday as part of the Surplus Book Program of the Library of Congress.

Denise Richardson | The Daily StarCarla Hayden, the Librarian of Congress, reads to first-graders at the Village Library of Cooperstown on Thursday.

COOPERSTOWN — Carla Hayden spread the good word Thursday about baseball, history and libraries, and she delivered some gift books.

No, she wasn't stepping in for Santa Claus. She was reaching out to Americans as the Librarian of Congress, and her audience this week in the village included baseball enthusiasts, municipal officials, librarians — and children.

On Thursday morning at the local library, Hayden held up a copy of “I'm a Duck”* to show about 50 first-graders seated close together on a green carpet. She asked them, what can ducks do?

A cacophony of quacks erupted. Hayden nodded, then read the story.

The children were rapt, quiet, until Hayden asked them to name their favorite books. As she pointed to raised hands, the answers came: “Harry Potter.” “Diary of a Wimpy Kid.” “Captain Underpants.”

“'Captain Underpants.' I was waiting for that,” Hayden told her audience from Cooperstown Elementary School. The author, Dav Pilkey, is a “superstar” who has a another series, “Dog Man,” she said.

Another reader, U.S. Rep. John Faso, R-Kinderhook, shared a tale about wild animals in “A Bear Sat on My Porch Today.” Faso, whose office organized Hayden's local library visit, told the children that visiting the Library of Congress in Washington, D.C., is “a big thrill,” before he introduced his storytelling partner.

“This lady is the Librarian of Congress,” he said. “She is the top librarian in the country.”

Hayden responded, “I wish my mother could hear this.”

Carla Hayden was sworn in as the 14th Librarian of Congress on Sept. 14, 2016. Hayden, the first woman and the first African-American to lead the national library, was nominated by President Barack Obama on Feb. 24, 2016, and her nomination was confirmed by the U.S. Senate on July 13 that year.

Before joining the Library of Congress, she was chief executive officer of the Enoch Pratt Free Library in Baltimore. She began her career at the Chicago Public Library, where she worked as young adult services coordinator, a library associate and children's librarian.

Hayden received a Bachelor of Arts degree from Roosevelt University and master's and doctorate degrees from the Graduate Library School of the University of Chicago.

On Thursday, first-grade teacher Susan Bergene said her pupils may not be old enough to appreciate the roles of the readers. But follow-up lessons will remind students of the visit, according to Bergene, who expressed hope that the youngsters would be asking to go to the library during the summer.

Hayden read another book, titled “The Spoon.” She said she often carries the light-weight paperback on her travels to share with others. “It tells you about being OK with who you are,” she said.

A few children hugged Hayden before they lined up and left the library to go for a picnic lunch.

After the reading, about 40 guests, including many librarians from Faso's congressional district, gathered on the second floor of the library for a broad discussion, with topics including reading, the role of public libraries and the impact of technology.

Hayden said all librarians are dealing with professional challenges that include the transition to digital formats and other impacts of technological advances; finding and retaining staff to meet varied programs; and cataloging.

Libraries not only are filled with books and resources, she said but also provide a safe, non-judgmental place to go.

On Wednesday, Hayden was the keynote speaker at the 30th Cooperstown Symposium on Baseball and American Culture, held at the National Baseball Hall of Fame across the street from the library. Her talk was titled, “Baseball Americana — Baseball in the Community.”

The Library of Congress, the world’s largest library, is the main research arm of the U.S. Congress and the home of the U.S. Copyright Office.

Hayden explained that as part of the copyright process, the Library of Congress receives two copies of published books. The second copies are given to libraries or other eligible groups as part of the Surplus Books Program, she said.

Faso said three boxes of books were delivered to the Cooperstown library on Thursday. Eight or nine other libraries in the district have received distributions, he said.

Hayden said Library of Congress outreach plans include podcasts and sending 18-wheel trucks into communities with resources, because not all Americans can travel to Washington, D.C., Hayden said.

“We have these treasures — let's share them. Capitalize on the fact that people are interested in history,” Hayden said. “I'm a public librarian at heart.”

Gail Sacco, director of Voorheesville Public Library, said she attended library school with Hayden and they are part of a group that has stayed in touch. Group members were thrilled that Hayden, a public librarian, was appointed Librarian of Congress.

“She's done a great job reaching out to the the public,” said Sacco, who also applauded Hayden's reading Thursday.

“We learned how to tell stories together,” Sacco said. “She did a great job. It wasn't about her reading, it was about the kids — she made a really great connection with them.”

Denise Richardson, staff writer, may be reached at (607) 441-7213 or at drichardson@thedailystar.com. Follow her on Twitter at @DS_DeniseR.