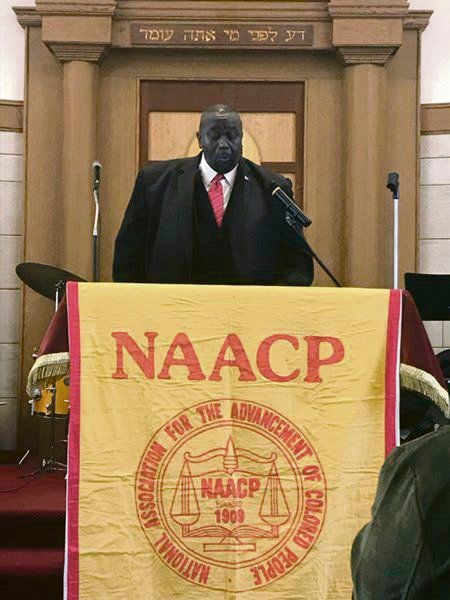 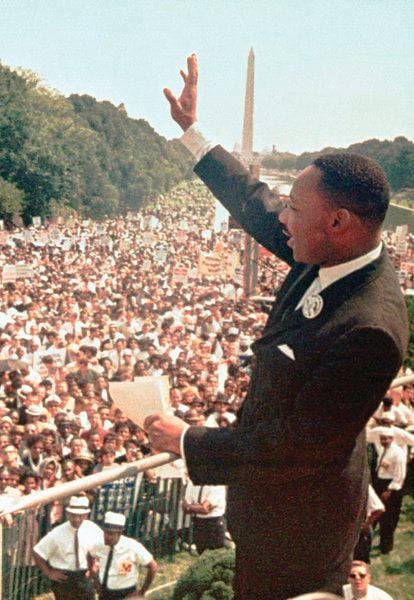 In this Aug. 28, 1963, file photo, Dr. Martin Luther King Jr. acknowledges the crowd at the Lincoln Memorial during his ‘I Have a Dream’ speech in Washington, D.C.Associated Press

In this Aug. 28, 1963, file photo, Dr. Martin Luther King Jr. acknowledges the crowd at the Lincoln Memorial during his ‘I Have a Dream’ speech in Washington, D.C.Associated Press

The Oneonta-area National Association for the Advancement of Colored People chapter will hold its annual Martin Luther King Jr. Day Celebration on Sunday, Jan. 19, at the First United Methodist Church at 66 Chestnut St. in Oneonta from 2 to 4 p.m.

Oneonta Area NAACP Assistant Secretary Joanne Fisher said the celebration is held to honor what would have been King’s 91st birthday. The civil rights leader who played a pivotal role in ending legal segregation in the United States was assassinated in 1968.

The event is free and open to the public, and will feature music, birthday cake, poetry readings and speeches.

Barbara Roberts, Yolanda Sharpe, Yolanda Bush, Tim Iverson and Cappagnia-Lynne Chase are some of the musicians performing, she said.

The program usually begins with the song “Lift Every Voice and Sing,” which is known as the black national anthem. Oneonta Area NAACP Officer Reginald Brunson will give a rendition of King’s famous “I Have a Dream” speech, which King delivered at the Lincoln Memorial during the March on Washington in August 1963

“I think if people really listen to the ‘I Have a Dream’ speech, in the very beginning he speaks to the United States of what has not been done,” Fisher said. “We think about the years that have gone by and we’re still looking for the same thing. We’re still fighting for civil rights and still fighting for racial injustice.”

Fisher said the annual celebration in Oneonta has been occurring for more than 15 years. She said it is an event that’s open to people of all ages and backgrounds.

“I think what everyone needs to think about also is that he was not a person just for black people,” Fisher said. “He was justice for all, service for others and that all came about because he was, and I think we forget this, but he was a preacher and he was a pastor.”

At last year’s event, state Attorney General Letitia James, who is both the first woman and the first Black person to hold that position, sent a letter in support of the work of the Oneonta branch of the NAACP. James, via the letter read by Regina Betts, then-Oneonta Area NAACP vice president, praised the work of the chapter, calling it “a fierce defender of civil rights since its founding.”