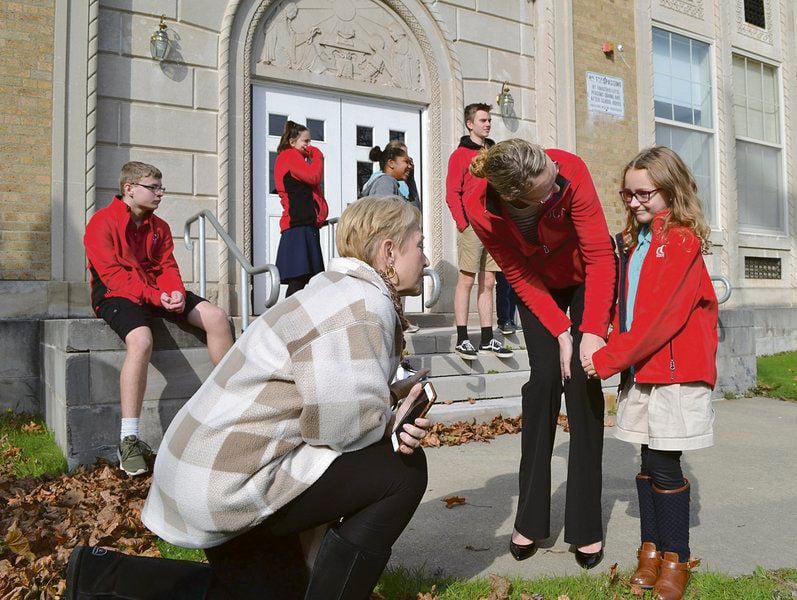 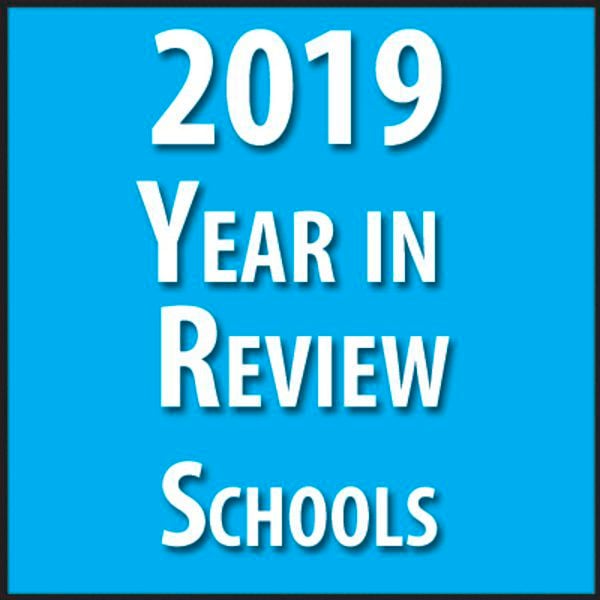 Editor's Note: This is the second in a series of stories about the major local news of 2019. Today, we look at schools.

Financial difficulties in two districts, an ex-teacher's guilty plea, a bicentennial in Delhi and some eagle-eyed students at Morris and Valleyview made headlines at local schools in 2019.

Both Schenevus Central School District and Norwich City School District were flagged in a January report by the Office of the New York State Comptroller as exhibiting “significant fiscal stress.”

Fiscal stress ratings are determined by a district's liquidity, fund balance, operating deficits and reliance on short-term debt, according to the comptroller’s office. Schenevus Superintendent Theresa Carlin attributed the district’s rating — a 66.7 out of 100 — to a lack of fund balance.

In May, district taxpayers approved a $9,049,317 budget with a 4.87% increase in the property tax levy, which district officials orchestrated to close a nearly $700,000 deficit while remaining within the state-mandated 2% property tax cap. Sen. James Seward, R-Milford, and Assemblyman Brian Miller, R-New Hartford, secured a $500,000 advancement in state aid for the district in July.

The district hosted a series of public forums throughout the following months to hear public comment and debate the future of the school. At a November presentation, district officials outlined three options: merging the district with a neighboring one, paying tuition to a neighboring district in exchange for absorbing students in grades 7 through 12, or dissolving the district completely.

Schenevus and Worcester were awarded a shared $25,000 grant to fund a one-year feasibility study for merging the districts, which Carlin said the districts will pursue while they negotiate a tuition contract.

Justin Hobbie, 41, of Springfield Center, pleaded guilty in August to three counts of sexual exploitation of a child.

Hobbie faces at least 15 years in prison on each count, with a maximum penalty of 30 years in prison per count. He is scheduled to be sentenced Feb. 26 in the United States District Court in Binghamton.

Third-graders at Oneonta’s Valleyview Elementary School successfully persuaded an international publishing company to correct a factual error in one of its textbooks.

When a word problem in a math workbook asked which year Christopher Columbus landed in America, the students knew 1492 was the correct answer, but took their knowledge a step further by pointing out to the publishers that Columbus actually landed in the Caribbean.

After a series of letters to the publisher — Marshall Cavendish Education, headquartered in Singapore — were met with indifference, the students, with the help of their teacher, Kenneth Sider, drafted an online petition in March, which surpassed the class goal of 1,000 signatures within a week.

In April, students received a letter from a representative at Houghton Mifflin Harcourt who wrote: “In future editions of our program, the language will be adjusted for clarity to read: Christopher Columbus landed in the Caribbean in the year 1492.”

The Delaware Academy Central School District at Delhi celebrated the 200th anniversary of the school’s founding with a bell-ringing ceremony in April.

The school was chartered on April 12, 1819, by an act of the state Legislature, according to Superintendent Jason Thomson. Originally a boarding school for boys, the school offered courses in Latin, Greek, astronomy, philosophy, natural history, chemistry and mathematics for 37½ cents a week per student, according to documents from the school’s archives. Room and board cost $1.25 annually.

Oneonta Superintendent Joseph Yelich announced his retirement in May after six years in the position and was replaced by Assistant Superintendent Thomas Brindley.

Diana Bowers was named interim superintendent for the Norwich City School District in February, replacing Gerard O’Sullivan, who retired in August after 15 years with the district. Sidney High School principal Eben Bullock was appointed to lead the district in June after William Christensen announced his resignation in January.

Walton Central School District Superintendent Roger Clough voluntarily resigned from his position in March in exchange for the district’s withdrawal of formal disciplinary charges against him.

In August 2018, Board of Education President Ronda Williams signed a letter on behalf of the board informing Clough of his placement on paid administrative leave and outlining its intentions to investigate the administrator over “several allegations of serious misconduct.”

Details of the allegations were not made public by the board, though Clough filed a notice of claim through his personal attorney, Steven Ward Williams, arguing that the board’s actions to place him on leave in the absence of formal charges against him were in violation of his contract.

Clough’s placement on administrative leave in August 2018 nearly coincided with the resignation of three other district administrators. High School Principal Rob Knuschke, Assistant Principal Mark Lamoreaux and Middle School Principal and district Athletic Director Andy Gates tendered their resignations just two weeks before the start of the school year, though the board maintained that the events were not related.

Larry Thomas was named acting superintendent at an emergency meeting of the board in August 2018, less than 24 hours after Clough’s suspension was formally announced, and was appointed interim superintendent in February.

In November, the Unatego Central School District finalized the sale of the former Otego Elementary School, which has stood empty since the school board voted to close it in 2017.

The Oneonta Christian Academy purchased the building for $100,000 in November after the district revoked its 2018 agreement with AgZeit, an indoor produce-growing business from Endicott, in August.

Dozens attended a June meeting of the Cooperstown Board of Education in the wake of an alleged bullying incident in which one student sustained a concussion and another was arrested.

Cooperstown Board of Education president Marcy S. Birch defended the school’s handling of the incident at the meeting, citing confidentiality rules in response to criticism that the school hadn’t been forthcoming.

Troopers did not release the names of the students involved because of their juvenile status, but the student arrested June 3 was charged with third-degree assault, a class A misdemeanor, according to Aga Dembinksa, public information officer for Troop C. The victim had not received medical attention in the immediate aftermath of the incident when troopers responded, but was later diagnosed with a concussion by a family physician.

In a Facebook post that has since been deleted, a series of screenshots detailed an email addressed to members of Positive Action Cooperstown that alleged the situation escalated into physical violence after the alleged assailant taunted the victim with homophobic slurs while at least one other student recorded the incident on a cellphone, but Dembinska said there no such exchange is documented in the police report.

The Morrisonian, the official yearbook publication of Morris Central School, was named twice in a national contest by publisher Jostens in May.

2019 grad Austin Ward was awarded for his photograph “Mystical Winter,” depicting fellow student Abigail Maurelli, and the yearbook itself was one of 387 recognized for outstanding page layout and design in the 2019 Jostens Look Book, an annual publication celebrating “the best-of-the-best in yearbook design and coverage,” according to a media release.

Oneonta City School District students were granted a four-day extension to their summer vacation in September when construction projects at Oneonta High School were not completed in time for the first day of school.

The district used two emergency days — usually reserved for heavy snow or other instances of inclement weather — to delay the start of the school year from Sept. 4 to Sept. 9.