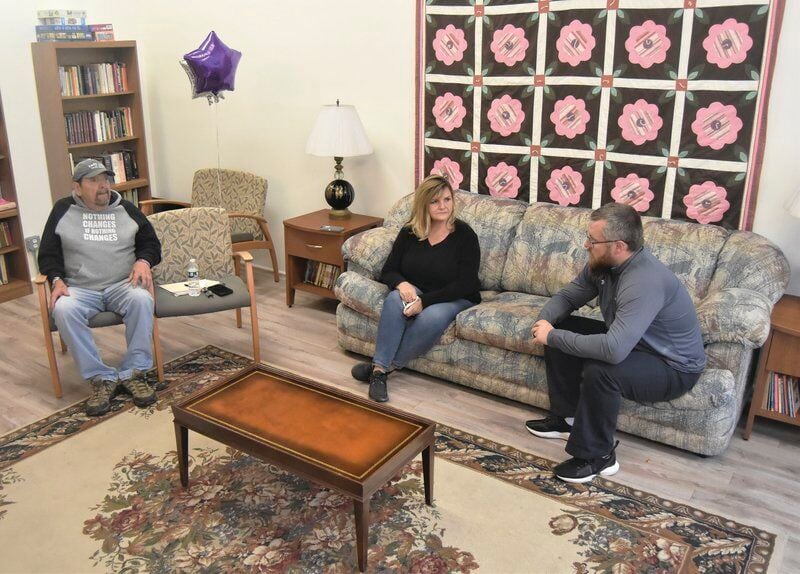 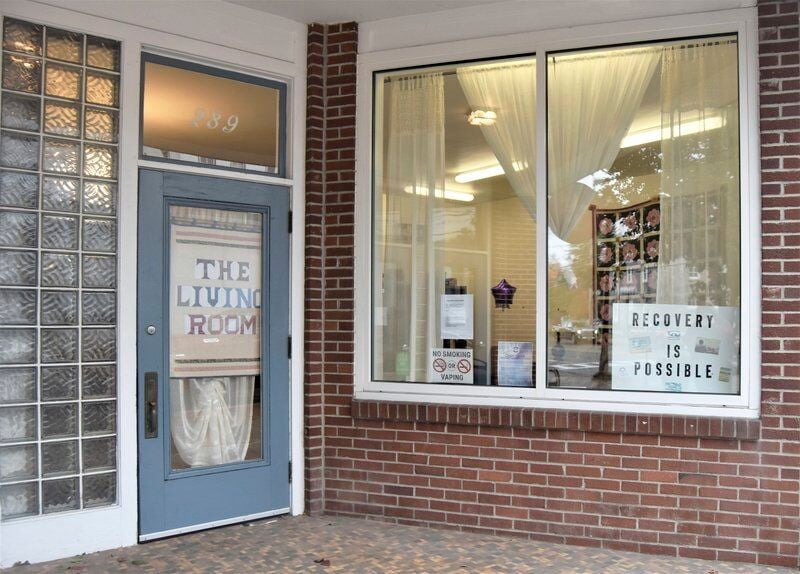 SCHOHARIE — “Recovery is possible,” reads a small sign posted in the window at 289 Main St.

The unassuming storefront in the village’s downtown is the new home of the Open Arms Recovery Resource Center, a program under the umbrella of the Schoharie County Council on Alcoholism and Substance Abuse.

“This is just a point of access for people to come in, ask questions and get referrals if needed,” said SCCASA executive director Justin Hamm. “The resources have been there, but the roadblock was having people come to our office.”

Headquartered on Mineral Springs Road in Cobleskill, SCCASA has offered addiction recovery and prevention resources for the Schoharie County community since 1985.

“The services have been there, it’s just that access has been hard,” Hamm said. “It’s not that it’s a bad location, it’s just off the public lines of transportation.”

Opening the center was the brainchild of Tom Moran, a peer engagement specialist with SCCASA.

“I wanted a place where people could come and ask questions, just talk, feel free — no pressure, no paperwork, no nothing,” Moran said. “There is no place around like this that’s just here for that reason.”

The center was modelled after similar peer and family support networks in Albany, Saratoga and Oneonta, according to SCCASA family support navigator Maggie Jackman Pryor, who pointed in particular to Friends of Recovery — Delaware and Otsego.

“We were very envious for a long time of just the space, where people can come and feel like they belong and feel comfortable,” she said.

The Main Street location was offered for use rent-free by Christ the Shepherd Lutheran Church, which loans the facility to other community organizations for yoga, tai chi and other activities, according to Moran, who hosts regular Freethinker AA meetings.

Pryor said she now hosts support meetings in the front room of the recovery center rather than a conference room at the SCCASA office, providing space and comfort for families learning what to expect when their loved ones return home from rehab and how to help them as they progress in their recovery.

“Recovery isn’t just about the individual, it’s about the family,” Moran said.

Last week, Moran said, he assisted a woman whose son had been using heroin for years.

“She asked him to stop in and see us, but she didn’t think he’d do it,” he said. “She’d been through this over and over again, and all of a sudden, there he is at the door. I asked him if he needed help and he said yes.”

Moran said he helped the man find placement at an inpatient rehab facility within two days.

“I’m not a person in recovery, so I can talk and listen, but I don’t have the perspective that someone in recovery does,” Hamm said.

“It’s about having people with the same experience, not people from the outside who don’t really know what you’re dealing with,” Pryor said. “It’s a different dynamic. That’s what makes it successful.”

“They’re not pushing anything on anybody,” Moran said. “They’re just saying, ‘This is what I went through, this is what helped me.’”

As an unfunded agency governed only by an advisory board and the SCCASA board of directors, Open Arms is not held to the same expectations as other recovery agencies, Hamm said.

“People can tell us whatever they want to. As long as it’s not a direct harm to themselves or someone else, it stays with us,” he said. “It’s an opportunity for people to come in and have conversations without judgment or having things held over their heads. We have some freedom to meet people where they are.”

“In other situations, a relapse could mean back to jail, which could set them back even further,” Pryor said. “As Tom has taught us, relapse is part of recovery. We’re just here to listen.”

The recovery center supports harm reduction practices, which often include facilitating syringe exchanges, providing fentanyl testing strips and training others in the administration of naloxone, an overdose reversal drug commonly marketed under the brand name Narcan.

Overdoses spiked throughout the county amid the coronavirus pandemic, Hamm said, with nearly 20 overdoses in the past seven months and four fatal ones since June.

A 2016 cluster of overdoses within the same week sparked interest throughout the community, Moran said, but only a passing one.

“They don’t see it, or if they do, they’re fine as long as it’s not happening to somebody they love,” Pryor said.

The center drew the support of several community leaders at its grand opening Thursday, Oct. 15, including chamber of commerce representatives, Schoharie Town Supervisor Alan Tavenner and the town’s own state Assemblyman Chris Tague, a Republican.

“The whole idea of community readiness, the community being on board with this — that’s what this is all about,” Hamm said. “We are here, this is what we do, this is who we’re here to help.”

“We’re trying to increase empathy in Schoharie County,” he continued. “Outreach is one of our strengths, but it’s been difficult with COVID. You can Zoom all you want, but it’s not the same as being face-to-face and hearing stories from people who are affected by this disease.”

“Even outside of these walls, we’re trying to make those connections,” Pryor said. “We don’t have all the answers, but they can find somebody whose story they can relate to and that might be able to make a difference with them.”

“We hear people saying ‘I wish this was here for my son or my loved one who died,.’” Hamm said. “It’s here now; you should come take advantage of it.”

For more information about addiction prevention and recovery resources in Schoharie County, visit sccasa.us or call 518-234-8705.