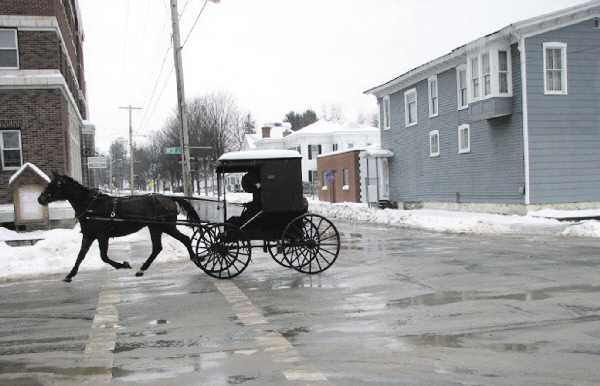 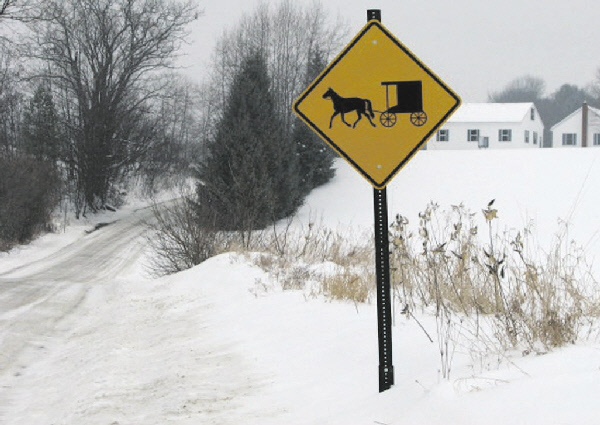 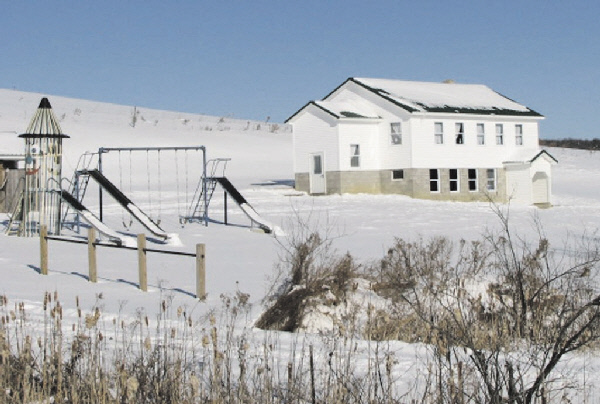 Tom Grace | The Daily StarThis Amish school is situated on Fassett Road in the town of Springfield.Tom Grace

Tom Grace | The Daily StarThis Amish school is situated on Fassett Road in the town of Springfield.Tom Grace

The Amish, Christians who believe in plain dress and simple living, are moving to the New Berlin-Pittsfield-Edmeston area, and Orrin Higgins of Hartwick couldn't be happier.

For a decade, Higgins, Hartwick town justice and former Planning Board member, has been lobbying Amish farmers to relocate to Otsego County.

"I have the greatest admiration for the Amish," he said Wednesday. "They're honest, hard-working people and excellent farmers, and I'm glad to see they're settling here."

"I do my part," he said. "I don't think I deserve much credit for them moving here, but I know it's a good thing for the county and the Amish. We preserve our open space and rural character and they get some good farmland where they can prosper and raise their families."

About a decade ago, Amish farmers in Kentucky discovered northern Otsego County and began to settle on the north side of U.S. Route 20 in Springfield and Richfield.

Andy Byler of Fassett Road, Springfield, was in that first wave of settlers.

"We like it here," he said on a cold, clear Monday morning. "The winters are a little long, but the land is good. "

Byler has a 130-acre farm, part of the former Walrath farm, and a clean barn full of cows. He heats his home with coal and wood, and works alongside his two sons, he said.

The Springfield Amish community now has about 30 families and two schools for children, who typically attend through the eighth grade.

Many of the Amish grow crops and raise livestock, but this community has its share of carpenters, craftspersons, butchers and mechanics. Along the roads in Springfield are signs for Byler's Harness Shop and Byler's Baked Goods and Hitzer's coal-burning stoves, part of a growing local economy.

On county Route 30, Wilmer King runs a repair shop for tractors and other heavy equipment.

King, who had two mechanics working Monday, said he has all the business he can handle. He lives here with his wife and five kids, happy he made the move from Dover, Del., nearly five years ago.

"The winters are harsh here, but we don't have the traffic and the congestion, and the people are friendly," he said.

The Amish in Springfield are aware of more recent arrivals in the New Berlin area, he said, but there is not a lot of social contact between groups.

"They're from the Woodhull area," King noted.

Months ago, Mattice, 83, longtime operator of the Welch Livestock Auction, sold his farm to Hershberger, 28.

"At my age, it only made sense to let someone else take over, and my wife and I have lifetime use of the house," he said.

The New Berlin-area Amish community helped the Hershbergers build a house next door to the Mattices', and the two families have been getting along like one since the Hershbergers moved in, Mattice said.

"My wife (Coralie) loves the kids, and they come over to visit often," he said.

Today, Martha Hershberger is busy inside with her five children as Jonas Hershberger takes a break from his chores.

"We moved from the Woodhull-Jasper area because we were looking for an area where it would be easier to farm," he said.

"For me, it was hard to move, because I'd grown up there, but people have been very friendly here," he said.

Hershberger has an 80-acre farm and hopes to turn it into an organic dairy.

"Mostly, we just want to live here and not create any trouble for anyone."

About 17 families have moved to the area, and new arrivals are happy to have others of their faith and way of life in the area, he said.

"I think it's wonderful they're moving here," she said. "The men are very polite and the women are nice to talk to."

Amish families often order bulk foods, such as large bags of flour, as well as farming supplies, she said.

According to a study published by Elizabethtown College, about 250,000 Amish live in North America, a number that is growing.

"The population has doubled over the past 20 years due to sizable families (five or more children on average) and high retention rates (on average about 85 percent of Amish youth eventually join the church)," the college reports at http://www2.etown.edu/amishstudies/FAQ.asp.

Under pressure from suburban sprawl, the Amish have been on the move in recent years, leaving Ohio and Pennsylvania and coming to New York State, among other places.

As they move into an area, they and their new neighbors need to adjust to each other. The Amish usually don't drive automobiles, although they do use public transportation and some will ride in others' cars. Often, they travel locally in black, horse-drawn buggies, prompting officials to put warning signs along the road.

Otsego County Sheriff Richard Devlin Jr. said he knows of no accidents caused by the carriages and of no crimes committed by the Amish.

"I don't know of the Amish causing any trouble," he said.

Otsego County Rep. Keith McCarty, R-Springfield, said the Amish he knows are caring neighbors, willing to help others in need, but wary of entanglements.

"They don't want to get involved in things that would disrupt their lives, like joining organizations or getting involved in politics, but they are good people."

When the Amish buy a farm, they repair buildings and put systems in working order, he said. If not for the Amish, many former farms would be weed patches, or perhaps housing developments, he said.

"A lot of people don't realize it, but the Amish pay school tax, even though they don't send their kids to public school," he said. In return, local school districts will transport Amish children to Amish schools.

McCarty noted that there is considerable diversity among the Amish, making generalizations risky.

They also seek to avoid publicity and do not like to be photographed, King and others said this week.