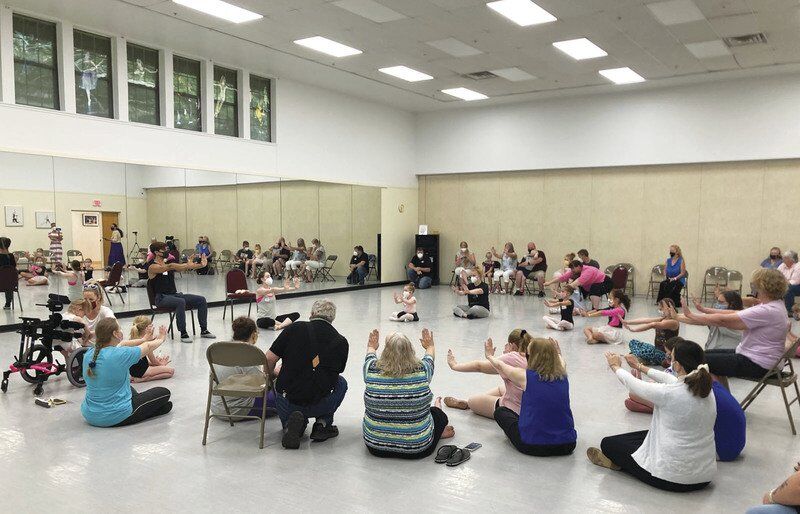 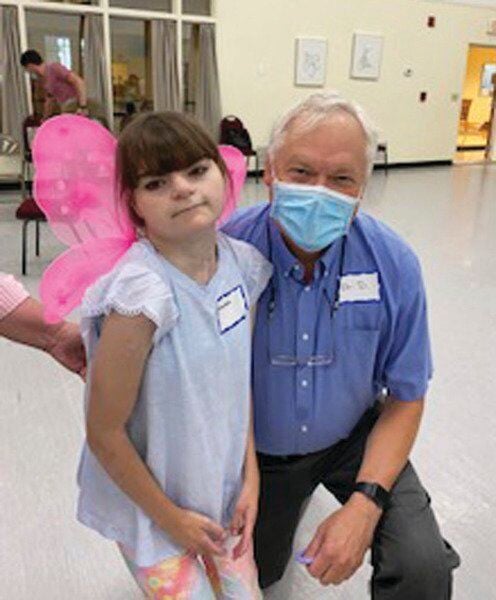 New York City Ballet dancers raised the barre for young people with disabilities during a Saturday, July 17 workshop hosted by the company, Saratoga Performing Arts Center at the National Museum of Dance and the Cerebral Palsy Association of New York.

Dr. Joseph Dutkowsky, Pediatric Orthopedist with Bassett Healthcare Network, has been involved with such New York City Ballet workshops since their inception roughly seven years ago, at which time he worked part time downstate. The workshops began, Dutkowsky noted, after a mother of child with cerebral palsy approached the company asking for disability-friendly instruction.

Today, Dutkowsky said, the annual NYCB workshop at SPAC is one of “10 or 12” held “all year long,” though Saturday’s marked the first in-person workshop since the COVID-19 pandemic. The event included roughly 20 young people from 4 through 22 and was led by NYCB corps dancers Meaghan Dutton-O’Hara and Davide Riccardo, who demonstrated warm-ups and choreography inspired by the company’s A Midsummer Night’s Dream. The one-hour workshop was free to participants and included tickets to day-of SPAC performances.

Dutkowsky credited the workshops’ impact with ensuring their continuation.

“I thought, ‘OK, this might go on for a year or two,’ but the ballet has absolutely gone head over heels for this and totally fallen in love,” he said. “The dancers fight over doing these classes. These are professional dancers used to always being judged — on the stage, in rehearsal or in the mirror — and it can be a very self-absorbing life. But these kids don’t judge them; these kids give them a respite where they don’t have to be perfect … and that’s why they crave doing these classes. The love and care they have for these kids is absolutely genuine, and that’s why it works.”

Such rewards, Dutkowsky said, are reciprocal.

“It’s a very inclusive place and a very welcoming place,” he said. “It’s strength and diversity, because you have these dancers with the greatest control of their bodies … and some kids who’ve never taken a single step without assistance, but where some people see divergence, I see glorious convergence. There’s something wonderful when they come together, and each will tell you the other gives more than they receive.

“Art, in this case dance, is uniquely human,” Dutkowsky continued. “It’s part of us, and people with disabilities have the same desires for love and intimacy and they get angry and sad; art helps to bring that out. With this, they’re not just passive observers, they’re active in the art and they’re feeling it in themselves as they try to do things and explore their own bodies.”

“We did it because it was an activity that Marybeth could participate in and be normal,” she said. “She could fit in with her peers. She loves to interact and she loves other people, but she isn’t always appropriate with other people. With the children there, everyone was special … and she just fit in, and it was beautiful. Everyone could fit in, doing what they were doing, and there was a mutual understanding that you didn’t know what was going to happen, but it was going to be something special.”

According to a release from the Cerebral Palsy Association of New York, to regulate attendance of this year’s event, parents and guardians were encouraged to participate alongside their children, instead of occupation and physical therapy “buddies.” This modification, Modinger said, only enhanced the experience.

“With Marybeth being nonverbal, she was not able to communicate, but I was able to help her do the movements,” she said. “She could reach toward a toy that she wanted and that was her way of doing the movements; other children got really, really into it and were dancing and doing what the dancers were doing.”

“The two dancers were leading, and one would always model while standing, doing it able-bodied, and another would model from a seated position,” Modinger said. “So, you were always doing what was appropriate for you, and that made it so inclusive. It was just adorable, and the emotions were so real and the kids just truly participated to their ability.”

“We had everybody — people with intellectual and physical disabilities, people with autism, people with all sorts of things, and that’s the point,” Dutkowsky said. “When you finish that workshop, you realize, it’s not them and us, it’s just us … and that’s transformative. Everybody comes together and it’s a celebration of life in every form and capability and intellect wrapped up in love and it’s just gorgeous. It’s art at its finest.”