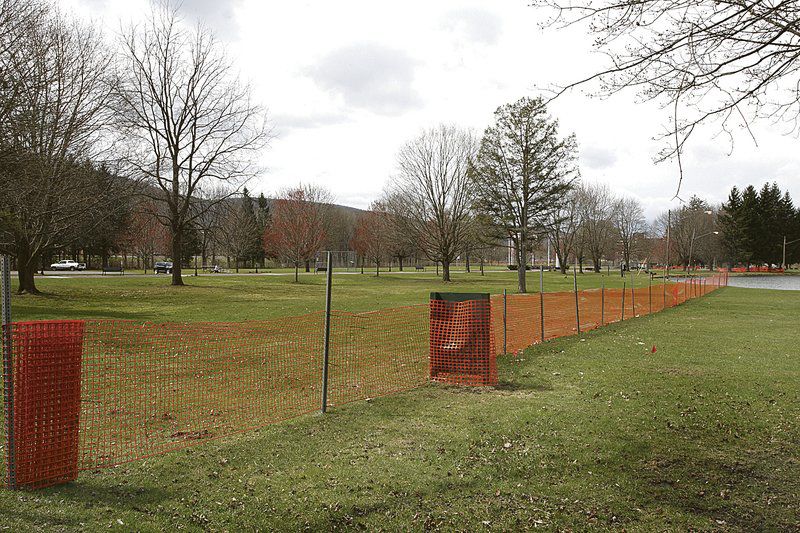 Julie Lewis | The Daily Star The area of Neahwa Park where the OH-Fest concert was scheduled to be held is seen with temporary fencing installed for the event on Friday afternoon. 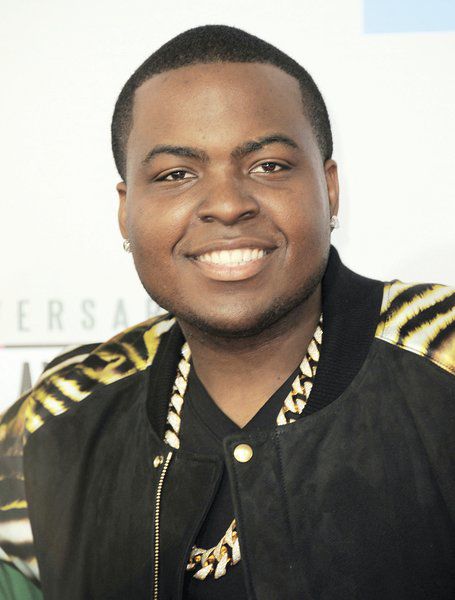 Julie Lewis | The Daily Star The area of Neahwa Park where the OH-Fest concert was scheduled to be held is seen with temporary fencing installed for the event on Friday afternoon.

City and college officials cited public safety worries in deciding to cancel the OH-Fest concert Saturday by rapper Sean Kingston in Oneonta’s Neahwa Park or on the SUNY Oneonta campus.

But two students said Friday that SUNY Oneonta officials hadn’t responded adequately to their concerns about hosting Kingston, a performer accused but not convicted of sex crimes years ago.

Oneonta Mayor Gary Herzig said he had heard that some students might protest Kingston’s appearance during the concert in the park Saturday night and that raised questions about the safety of participants. Earlier this week, city officials had reviewed plans by police to monitor student behavior in neighborhoods, especially this weekend during Easter and Passover holidays.

OH-Fest, an annual event organized by SUNY Oneonta and Hartwick College students, will present its downtown street fair from 1 to 5 p.m. as scheduled, according to a media release from the State University College at Oneonta. SUNY Oneonta officials announced Friday that the concert was canceled after the city of Oneonta pulled a permit issued to the SUNY Oneonta Student Association to allow the performance in Neahwa Park.

“We regret needing to make this choice and acknowledge it will disappoint members of Oneonta’s campus communities and many others,” said Franklin Chambers, vice president of student development at SUNY Oneonta, in a memo to the campus. “However, the college, no matter the circumstances, must act in students’ best interests.”

The college was left with a choice to cancel the OH-Fest XIV concert or find another site, such as Alumni Field House, officials said.

“Our decision came down to safety,” Chambers said. “OH-Fest planning is a months-long process involving the city, Hartwick College and SUNY Oneonta. Given less than 36 hours to change the venue, we simply do not believe it would be possible to ensure the level of security we deem necessary for an event of this type and size.”

In past years, the event has attracted thousands of concert-goers.

At SUNY Oneonta, a petition earlier this week urged the college to cancel the appearance of Kingston because of concerns related to a sexual assault allegation, Chambers said, and “the disposition of this year’s OH-Fest concert offers a teachable moment.”

“This has become part of a broader cultural conversation around how we make conscious decisions as consumers and confront sexual assault,” Chambers said in the memo “ As the colleges move forward through today and the discussions that this week will bring forth, we ask members of our campus community to keep survivors in their thoughts.”

Rayna Cooper, a SUNY Oneonta senior, said she started the petition opposing Kingston’s local appearance after seeing a Facebook report that the University of Connecticut had canceled the rapper’s concert.

“My goal wasn’t to get all of OH-Fest canceled but to get SUNY Oneonta to disinvite Kingston from coming,” Cooper said in an email Friday. “Inviting an alleged rapist into our community is making a statement that SUNY Oneonta does not stand with survivors, and contradicts their Know Violence campaign that claims to trust and support survivors of sexual assault.”

Cooper said a college official noted that Kingston hadn’t been convicted of a sex crime. However, she said, going ahead with the local performance would have been “extremely traumatizing and triggering for countless survivors. Is this the message that SUNY Oneonta wants to send to our community and to incoming students?”

Cooper said she and other Women and Gender Studies students organized a forum Thursday night on campus to provide a space for dialogue.

“I am beyond relieved that Sean Kingston’s performance has been canceled,” Cooper said. However, other options could have been pursued to showcase “our incredibly talented student bands,” she said.

Nour Yamanita, a SUNY Oneonta junior, said she wanted to organize a protest on Main Street during the street fair to oppose Kingston’s appearance. However, she said, there wasn’t enough time to apply for a permit from the city.

“The cancellation of the concert was certainly the right decision, but it seems that the students weren’t being heard and were being brushed off during the process of this,” Yamanita said in an email.

Herzig said he had contacted the SUNY Oneonta president Thursday but hadn’t heard within 24 hours that SUNY University Police could help monitor the concert crowd and the city decided to withdraw the permit.

“We really felt that we couldn’t ensure the safety of all participating in that event,” Herzig said. The Oneonta Police Department has primarily patrolled neighborhoods during OH-Fest, with a private security firm managing the concert event, he said.

A forecast for bad weather Saturday also played into the decision to pull the permit, Herzig said.

According to the National Weather Service, the forecast for Oneonta includes showers likely with some wind gusts during the day, then a slight chance of showers Saturday night. A flash flood watch is in effect through Saturday morning.

Hartwick College officials said they were aware of concerns about Kingston’s appearance in Oneonta.

“Hartwick College supports the decisions made by both the city of Oneonta and SUNY Oneonta regarding the headlining concert of this year’s OH-Fest,” Karen McGrath, vice president of enrollment and student experience at the private college, said in a prepared statement.

“These were not easy decisions to make, as all parties involved have spent a great deal of time and energy arranging the annual event,” McGrath said. “Hartwick will use this as an opportunity to continue ongoing campus conversations regarding sexual assault and sexual misconduct in our society.”

“This will still serve as a wonderful opportunity to celebrate the cooperative spirit between both colleges and the greater Oneonta community,” McGrath said.

According to the mayor, the colleges and city have worked well together in years past to present OH-Fest.