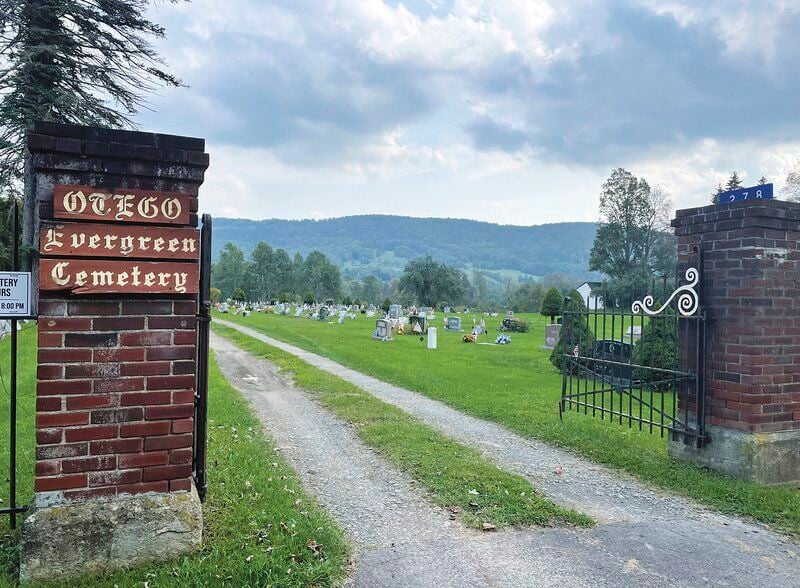 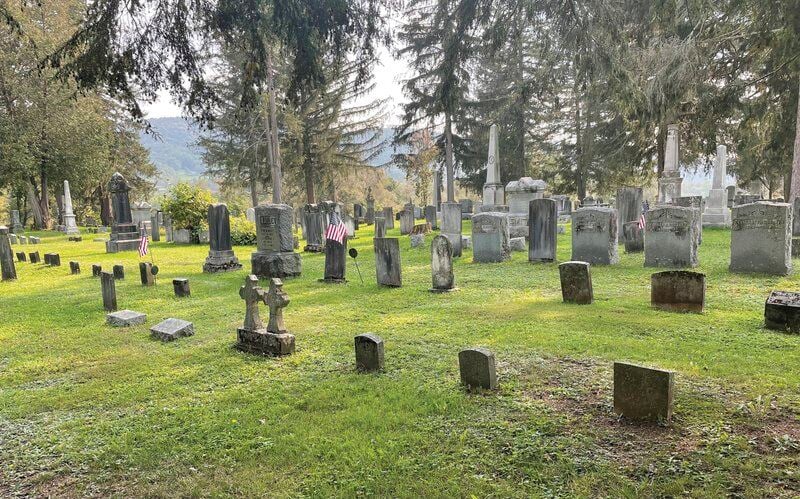 Visitors to Otego can enjoy some haunting history Saturday, Sept. 18 during the fourth “Otego Voices from the Grave,” presented by the Otego Historical Society and the Evergreen Cemetery Association.

Signups for the event begin at 6 p.m. at the Unatego Community Church at 290 Main St. in Otego with guided graveyard walks starting at 6:30. Tickets are $5.

Carolee Byrnes, co-president of the Otego Historical Society and retired history teacher, said the walk functions as a fundraiser for the two groups.

“We did our first one in 2017,” she said, noting that it’s intended as an annual event, but was not held last year because of the COVID-19 pandemic. “The first year, any profits we used for the historical society and then, subsequently, we have used the money to donate to the Evergreen Cemetery Association. Our two groups work to help each other out.”

The walks began, Byrnes said, as a way to highlight and expand upon the lives of local historical figures.

“Evergreen Cemetery is right in the center of town,” she said. “It’s a very early cemetery and quite large, so I decided to choose five or six people buried in the cemetery that were characters and wrote scripts for them and got volunteers to portray these people. We worked on getting period clothing for them and we like to do it — we initially did it in October, but the weather gets iffy — when it starts to get dark, because it gives more atmosphere.

“Each re-enactor stands by their grave, and we have guides,” Byrnes continued. “Each guide is responsible for a group of 12 people and they escort the groups from one grave to another, then the re-enactors speak their parts, talking about Otego in the 1800s and things like that. We feel this provides a sense of community and we want to give people an appreciation for the past of their community and the unique individuals that lived here.”

“One of re-enactors is doing a Civil War veteran and is an expert on the Civil War,” Byrnes said. “In 1986, when they were constructing I-88, the state rented land from Otego to park equipment on and, as they were clearing the land, they uncovered 27 human remains, of all different ages, that there is absolutely no record of … so Cordelia Day, (because) it was her farm that it was discovered on, in the process of telling her story of growing up, is going to refer to the discovery made on her farm and give a little insight. And Judy Pitel’s character, Belle Little, was on the girls’ basketball team in 1907, so she’s bringing that up. There’s a lot of neat historical information, but it’s personalized because it’s real people telling it and I try to come up with something extra for the characters, other than just recounting birth dates.”

Byrnes said the walks have been well received, typically drawing about 75 guests.

“There’s a ‘Ghosts of Otego’ website (on which) we’ve advertised … and we have posters around and on Facebook, so hopefully we’ll get a really nice turnout this year,” she said. “I think as people get older, there’s a lot of interest. People really have enjoyed it. There are very few things that give a sense of community, and this just sort of brought everyone together.”

The walk is family-friendly, Byrnes noted, with nothing frightening or macabre for young attendees. And face coverings will be required, she said, as the event is likely to attract “young children and vulnerable adults.”

For more information on Otego Voices from the Grave, find “Ghosts of Otego, New York” or “Otego Historical Association” on Facebook.