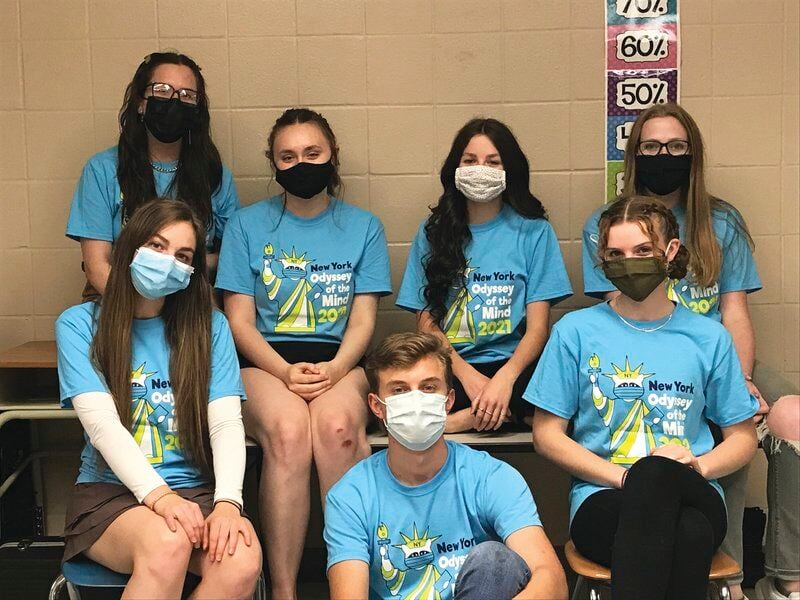 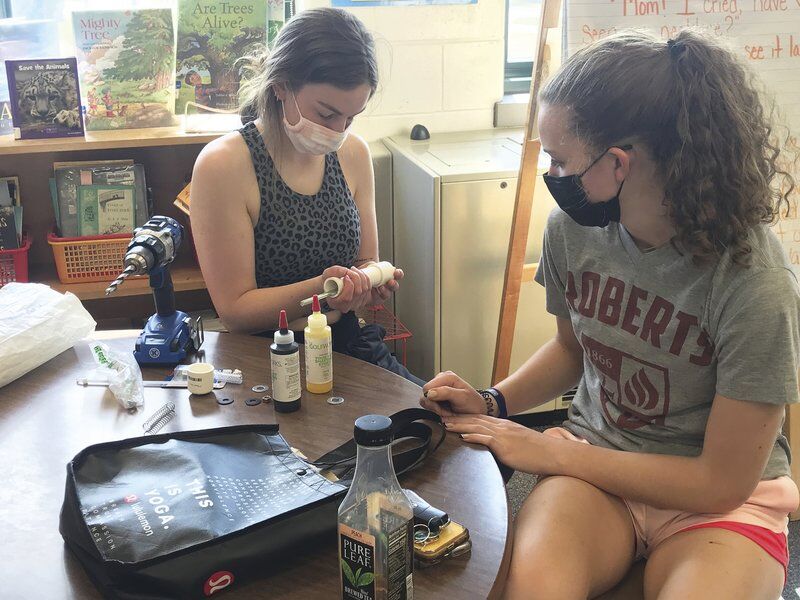 ContributedMembers of Sherburne Earlville Central School's top-performing Odyssey of the Mind team make adjustments to a piston in the classroom of their coach, S-E fourth grade teacher Heidi Johnson, in this undated photo.

ContributedMembers of Sherburne Earlville Central School's top-performing Odyssey of the Mind team make adjustments to a piston in the classroom of their coach, S-E fourth grade teacher Heidi Johnson, in this undated photo.

Sherburne-Earlville’s long-running Odyssey of the Mind team is headed to the World Finals in Orlando, Florida, next week after snagging a first-place win in the virtual round of competition.

The team, which has been together since most of its seven members were in fourth grade, clinched the top title in the state competition, also held virtually, earlier this spring, securing their spot in the international competition.

The team of high schoolers — six seniors and a junior — beat out 31 teams from around the world that had also earned the right to compete by winning their respective state or national competitions, according to their coach, Sherburne-Earlville fourth grade teacher Heidi Johnson.

“Next weekend, it is a whole new competition,” Johnson said. “It doesn't matter if we placed first virtually, except maybe some teams will be ‘out to get us!’”

Odyssey of the Mind teams are each tasked with solving a pre-defined problem of their choosing — in Sherburne-Earlville’s case, designing a working vehicle — and present their solution at varying levels of competition.

“Knowing we were going against so many teams, it was definitely hard to be confident about winning,” said senior Lily French. “It is easy to doubt yourself in a competition where there are so many creative minds working together.”

The S-E Marauders built a rideable vehicle capable of traversing a 10-by-10-foot square track. The project required the team to create a time-telling element of some sort to illustrate passing seconds, according to senior Justiss Kovack. The team designed origami flowers that wilted with the dying of the bees — an element of their performed narrative — and came back to life, pushed out of a tube with a pneumatic mechanism similar to the one that propelled the vehicle.

“We have been practicing our performance, making adjustments to our acting skills and doing the needed paperwork,” said Maleah Britton, a senior. “As a reflection of our scores, we chose to focus on improving the technical aspects of the vehicle, as well as improving our performance as a whole.”

The team has been meeting almost weekly since September, tweaking the design and engineering of their vehicle and rehearsing the accompanying skit, the details of which are kept top-secret until the competition.

“We felt excited after we did well at states and virtual worlds, but it is definitely nerve-wracking making sure all our props are transported safely and we hope the trip goes well,” French said. “We have been preparing for this almost our entire school career, so we feel ready.”

In addition to hours of rehearsal and adjustments, the students are studying for final exams, wrapping up end-of-the-year projects, preparing to move away for college in the fall, and trying to make room in their schedules for prom and graduation traditions.

“Because you are so committed to both things, it is hard to find time with finals and tests, especially in our senior year,” Britton said. “However, OM is one of our top priorities, and we want to succeed. That being said, finding a good balance was very important to us all.”

The World Finals, held June 12 and 13, will culminate in an awards ceremony in which the top-performing team will be crowned World Champions of Creative Problem Solving, according to the Odyssey of the Mind organization.