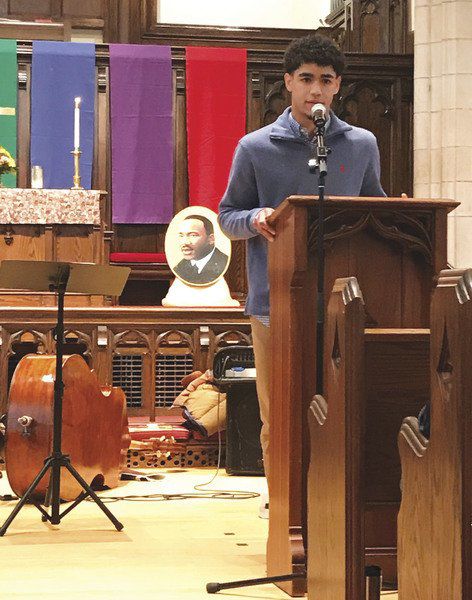 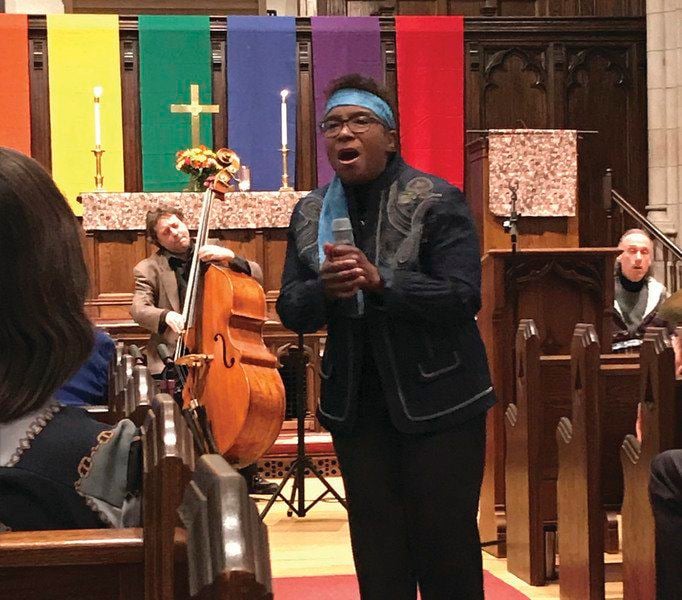 So said Dr. Martin Luther King Jr, in his book “Strength to Love,” published in 1963.

That quote was the theme of this year’s Dr. Martin Luther King Jr. 2020 Birthday Celebration, sponsored by the Oneonta branch of the NAACP

Were he alive today King would be 91 years old. The pews of the First United Methodist Church in Oneonta were packed on Sunday, Jan. 19, during the event created to honor the Civil Rights activist's life and legacy.

The Rev. Martha Swords-Horrell, whose church was hosting this year’s festivities, opened the celebration with a welcome and invocation, and the crowed was warmed up with a chorus of “Life Every Voice and Sing.”

Lee Fisher, president of the Oneonta Branch NAACP, began his address by thanking former President Regina Betts, who was one of the founding members of the chapter. Yolanda Sharpe presented Betts with a bouquet of flowers for her service.

“Regina has been with us since the very beginning,” Fisher said. “One of our founders in 1992, Regina has been instrumental in keeping Dr. King’s memory alive and moving forward, not with talk, but with deeply involved action.”

Fisher closed his address with a call to action against “the open hate displayed in our country today” reminding listeners that King himself acknowledge that such a goal “doesn’t come easy.”

Oneonta Mayor Gary Herzig, who was introduced by Joyce Miller from Oneonta’s Commission on Community Relations and Human Rights, spoke at length of the issues that have been facing Otsego County in recent months. “Right here in Oneonta, an individual who went to the DMV to get a license they were legally entitled to get was told ‘we cannot serve you.’ They were told they had to go to Cooperstown to get their license. But only on certain days, and not only on certain days, but within certain hours.”

He then quoted King’s famous line from “A Letter from a Birmingham Jail” “injustice anywhere is a threat to justice everywhere.” Herzig called on those in attendance to “stand up and make some noise, because our own county needs to hear it.”

Michelle Osterhoudt spoke about the NAACP college assistance program, and spoke about King’s humanity, reminding the audience that he too was once a child.

“As we celebrate today,” Osterhoudt said, “let’s remember that 91 years ago, a baby was born.” She went on to say “today as we come together to celebrate him, remember that at one point, he was just a boy. It was unclear that he would become a prophet and a world changer.”

She finished by invoking those present to remember the potential present in youth to change the world. She closed by announcing that this past year, Oneonta High School started a chapter of the NAACP Youth Ambassador program. Graham Wooden, a student at Oneonta High, was introduced and spoke briefly about the program.

Music was also a major element to the celebration. From a rendition of “Strange Fruit,” which was popularized by Billie Holiday in 1954 to John Lennon’s “Imagine” and “Oseh Shalom” by Debbie Friedman, the celebratory music spanned genres. Yolanda Bush had the audience dancing in their seats and clapping along to “Precious Lord,” reported to be one of King’s  favorites. DJ Wooden offered a version of Marvin Gaye’s “What’s Going On.”

The celebration’s capstone was the annual re-creation of the famous “I Have a Dream” speech, performed by Reginald Brunson, earning him a standing ovation. The celebration closed with all in attendance joining hands in a circle, swaying and singing “We Shall Overcome” before the celebration adjourned and the attendees were invited to enjoy a slice of birthday cake.