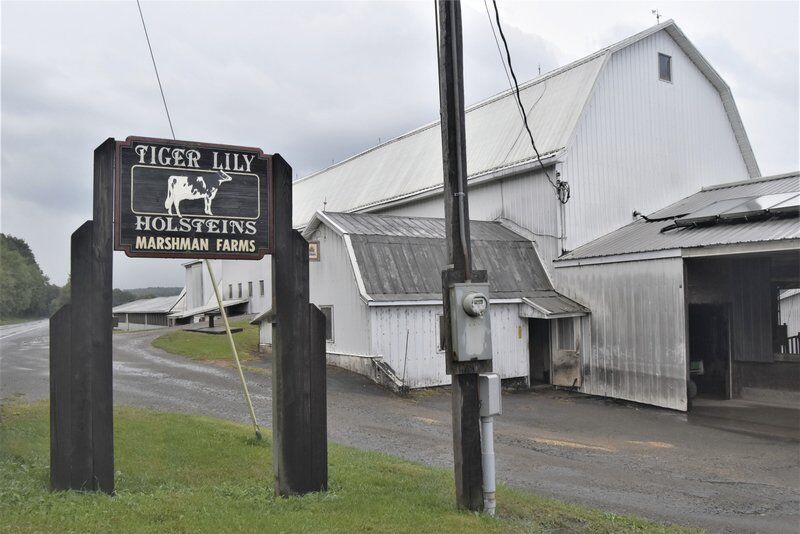 Sarah Eames | The Daily Star ABOVE: Lily Marshman, 12, pets Rowan, her year-old calf, at her family’s Oxford dairy farm Thursday. BELOW: Tiger Lily Holsteins in Oxford, now in its sixth generation of ownership, has been in the Marshman family since 1856. 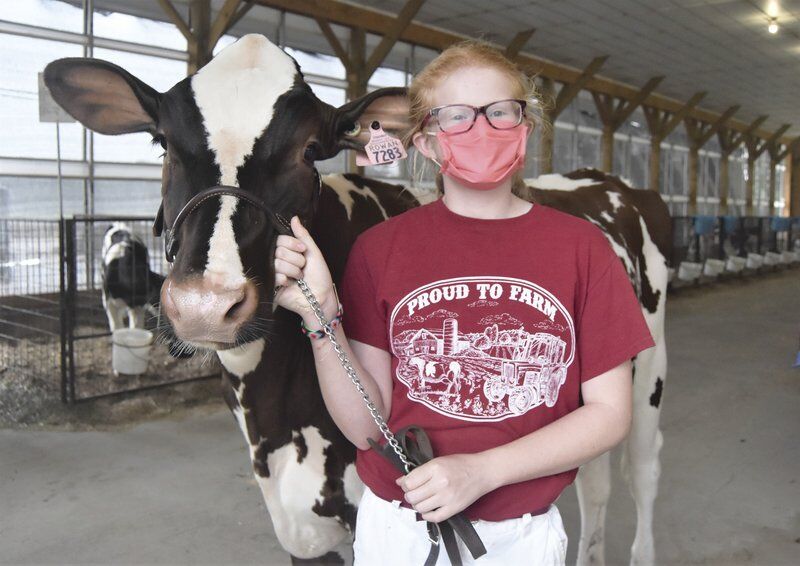 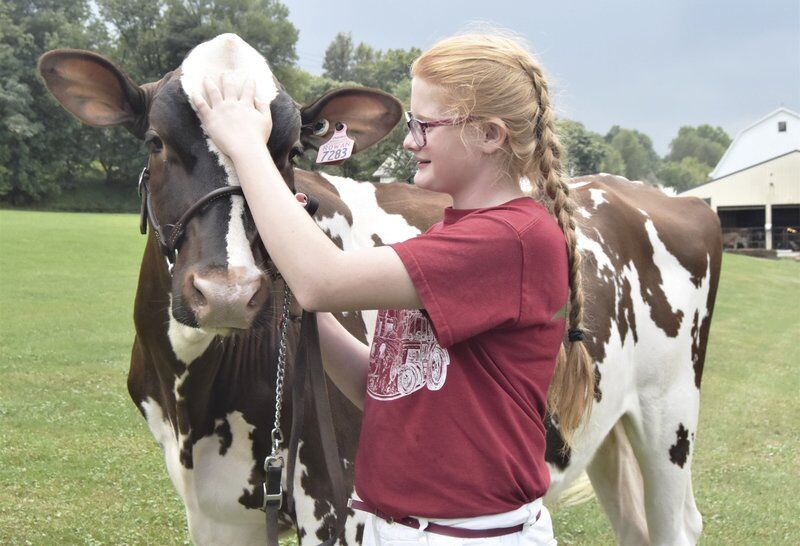 Sarah Eames | The Daily Star ABOVE: Lily Marshman, 12, pets Rowan, her year-old calf, at her family’s Oxford dairy farm Thursday. BELOW: Tiger Lily Holsteins in Oxford, now in its sixth generation of ownership, has been in the Marshman family since 1856.

Twelve-year-old Lily Marshman is supposed to be at the state fair.

The soon-to-be seventh-grader at Oxford Academy spent the winter preparing her calf, Rowan, who was born in September, to be shown at the New York State Fair’s agriculture competitions before it was called off amid the coronavirus pandemic.

The cows are put on a “show diet” to keep them fit throughout the winter, Lily said, and in the summer are washed every day and clipped of their winter hair to “accentuate the good attributes.”

Rowan and her sister, Ridely, are the fourth generation in Lily’s herd.

Lily said she and her 4-H “family” have shown cows locally and nationally, as far away as Wisconsin. This weekend, she will take her cows to a statewide competition in Washington County.

“My animals are my everything,” Lily said. “I’ve pretty much always had cows in the calf barn.”

Lily, an only child and the seventh generation in her family to show dairy cows, said she has been helping out with barn chores from the time she could walk.

Tiger Lily Holsteins, which has been in the Marshman family since 1856, is home to 800 head, about half of which are milking, Lily said.

In spite of an increasingly unstable market, “it’s been pretty much slow and steady growth since Cow One in 1856,” said Sheila Marshman, Lily’s mother.

As members of Dairy Farmers of America, “our milk stays local,” Sheila said. “You can see our milk when you buy Chobani products.”

“We’re very proud of our relationship with Chobani,” she continued. “They are excellent stewards of the community.”

Lily and her cows were featured in the Monday kickoff of a seven-day series of Virtual State Fair events hosted by American Dairy Association North East.

The state and county fairs are often the only vacation time farm families can get, Sheila said.

“That’s part of the culture of family farms — its 24/7,” she said. “The family that shows together, grows together.”

Lily, also involved with the Oxford Academy chapter of FFA, said she looks forward to taking agriculture classes when she gets to high school. In college, she intends to study dairy science at Cornell University.

“She has big plans for this farm,” Sheila said.

For more information about the Virtual State Fair, visit AmericanDairy.com