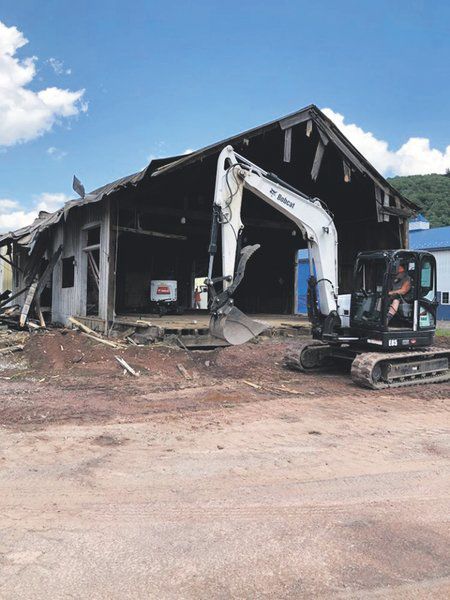 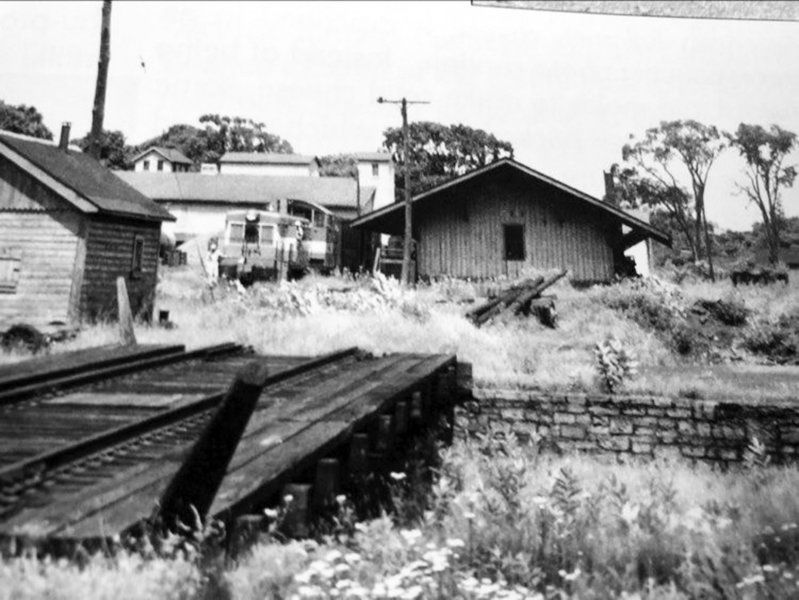 ContributedThe freight building in the Delhi railyard is shown in this 1948 photo.

ContributedThe freight building in the Delhi railyard is shown in this 1948 photo.

Demolition is nearly complete on the last remnant of the former Delhi rail yard on Depot Street.

Delhi-based Don Brown Construction is working with Scott Lenci, who serves as Highway Superintendent for the town of Hamden, to dismantle the structure.

Construction of the 60-foot-by-30-foot freight building began in July 1872, shortly before construction of the passenger station, Pierce said. The Delhi rail yard also included a large ice house, which was rebuilt and relocated multiple times; a telegraph office, an engine house, cattle pen, several storage buildings and a turntable, according to Pierce. As local business expanded, feed and creamery buildings were added.

The freight building had been used for storage for years, according to Pierce. When it was decided that it had to go to make room for a new structure, DCEC made numerous efforts to offer it to anyone who would take it and move it.

“The Delaware County Historical Association would have loved to include this building as part of its museum complex, but the expenses and issues that would be involved in moving this massive building were prohibitive,” Pierce said. “Nobody else expressed interest in such a project.”

DCHA and the Delhi Historical Society were invited to examine the building and salvage any of its contents for their collections, Pierce said.

“Several sections of the walls had really cool vintage ‘graffiti,’ mostly with a name written over and over, so these sections were pieced out and removed and taken away Saturday.”

A large scale, the bottom of which was below the main floor, was salvaged by DeLancey brothers Matt and Micah Scobie for use at Brookside Maple, according to Pierce.

“They are so pleased to ‘have a piece of county history’ and they plan to build an addition to their sap house that will give them a place to display the scale,” she said. “It’s really nice that it will be staying in the area and being given a second life. DCHA wanted it, but had no means of removing or storing it.”