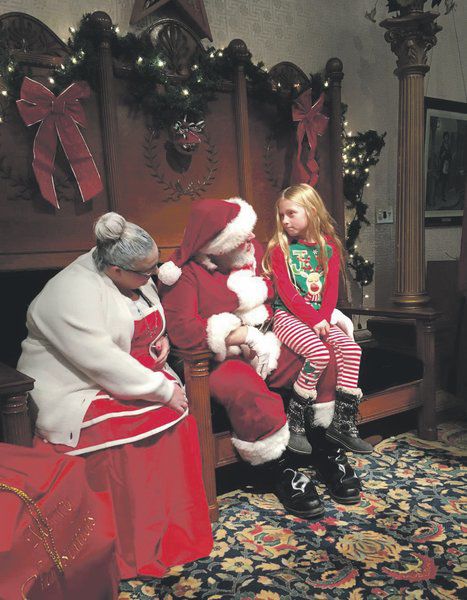 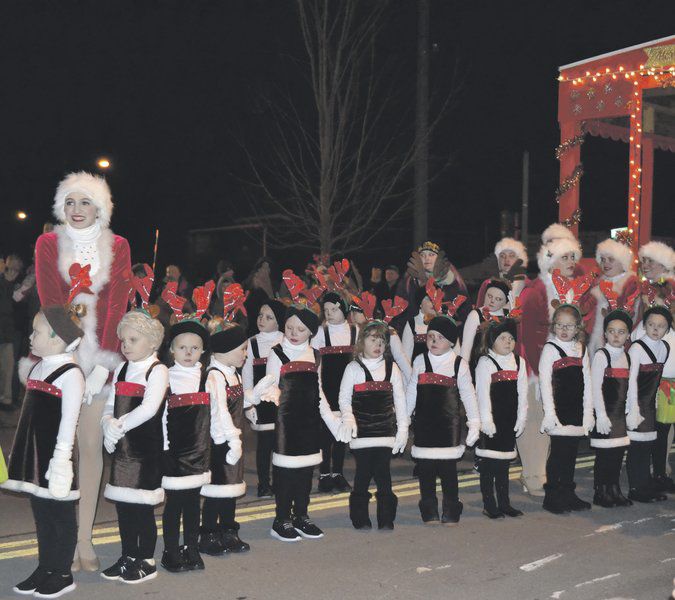 Allison CollinsA ‘Radio Sidney Rockette’ with the ABC Center for Performing Arts of Sidney leads reindeer during a parade performance, which was part of Santa Saturday activities on Saturday in Unadilla.

Allison CollinsA ‘Radio Sidney Rockette’ with the ABC Center for Performing Arts of Sidney leads reindeer during a parade performance, which was part of Santa Saturday activities on Saturday in Unadilla.

The man in red made an appearance in Unadilla on Saturday, during the village’s annual Santa Saturday event, presented by the Unadilla Chamber of Commerce.

“It’s never (been on the same day) before,” Linda Bickos, Unadilla Chamber of Commerce director, said. “It’s just how it worked out.”

“We wanted to tie it in with Shop Small to try and draw more people to the village,” Anna Ritchey chamber secretary, said.

“I think it was a huge success and I’ve seen a lot more kids,” she said. “It makes (Unadilla) more of a destination today by tying in the arrival of Santa with shopping small.”

The new vendor fair, Bickos said, included 11 crafters and artisans from Unadilla, Sidney, Walton and other nearby towns.

“It was wonderful, and they all did OK,” she said.

Planning, Bickos said, begins about two months beforehand and, though it has undergone organizational changes, Santa Saturday has been presented in the village for “at least 35 years.”

“It’s been going on for a long time,” she said. “At one point, the chamber didn’t want to do it because there weren’t enough volunteers, so Rotary took it over … then we took it back and we’ve just sort of switched back and forth.”

This year’s event, Bickos noted, was executed by “a small handful of chamber volunteers,” though Santa Saturday fosters cross-community collaboration.

“The proceeds of the basket raffle go to Sidney and Unadilla food pantries and we got baskets from individual businesses, Girl Scouts, the Rotary, the chamber, the Unadilla Fire Department and churches,” she said. “So it’s a community effort. We do it for the kids, the spirit of Santa Claus and Christmas.”

“It’s about the unity of the village” Jakkie Bickos echoed. “We’re just trying to keep the village alive and keep that spirit up and people love it. They’re all excited about the parade.”

“This is the most we’ve ever had, for parade participation and the number of kids here to see Santa,” she said.

Community members said they appreciate Santa Saturday and what it provides.

“We come because it’s local and we love our little community and we love to visit Santa,” Unadilla resident Amanda Parks, there with her three children, said. Parks said she attends Santa Saturday annually.

“(Having it on Small Business Saturday) definitely boosts up the community businesses,” Parks continued. “We actually went to the Unadilla Diner, and that’s a new business, and we invited my sister-in-law and her two kids and my sister. So it’s a whole family event.”