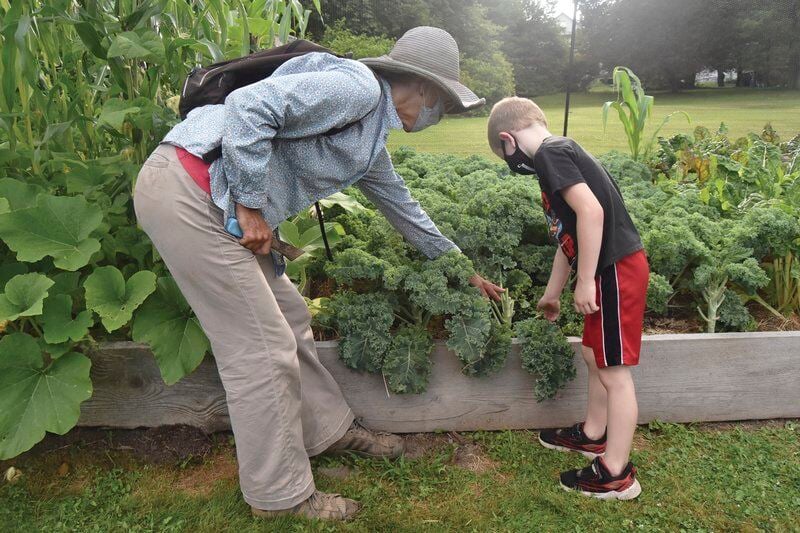 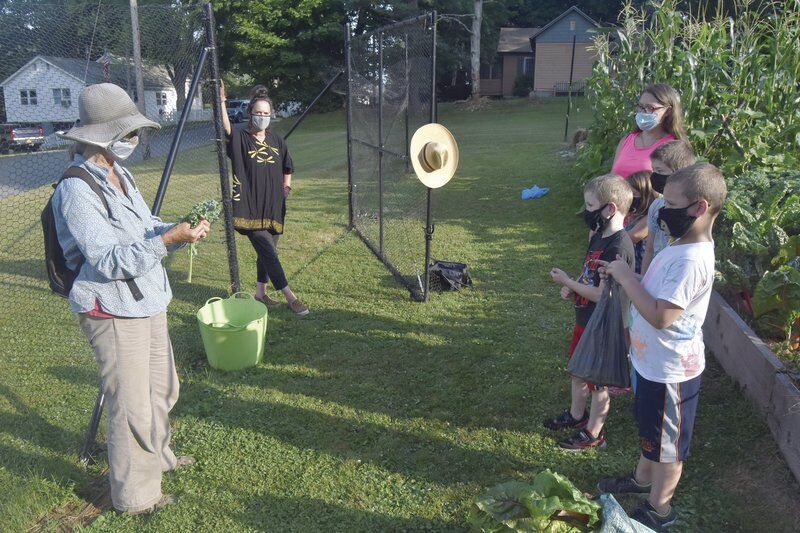 Sarah Eames | The Daily Star Lisa Wujnovich, director of the Hancock Community Education Foundation’s After School Garden, demonstrates how to make kale chips to the Miller family on Friday. 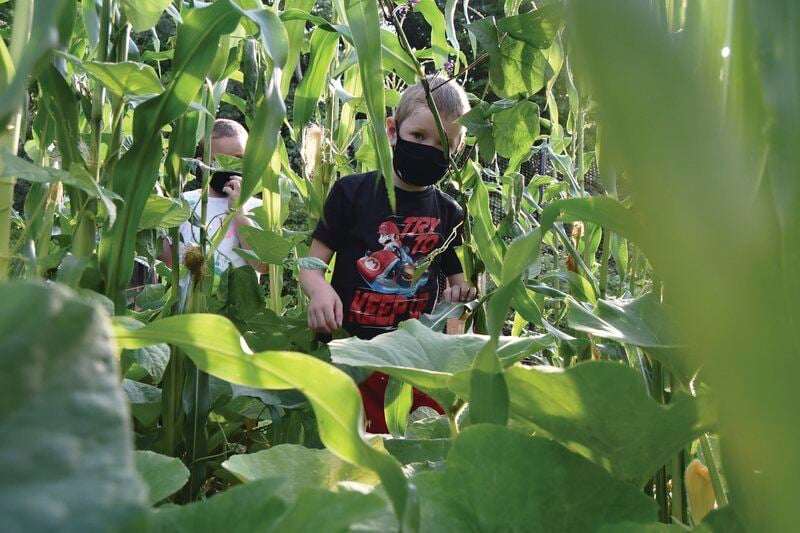 Sarah Eames | The Daily Star Five-year-old Earl Miller peers through the corn in search of beans in the Hancock Community Education Foundation’s After School Garden on Friday. 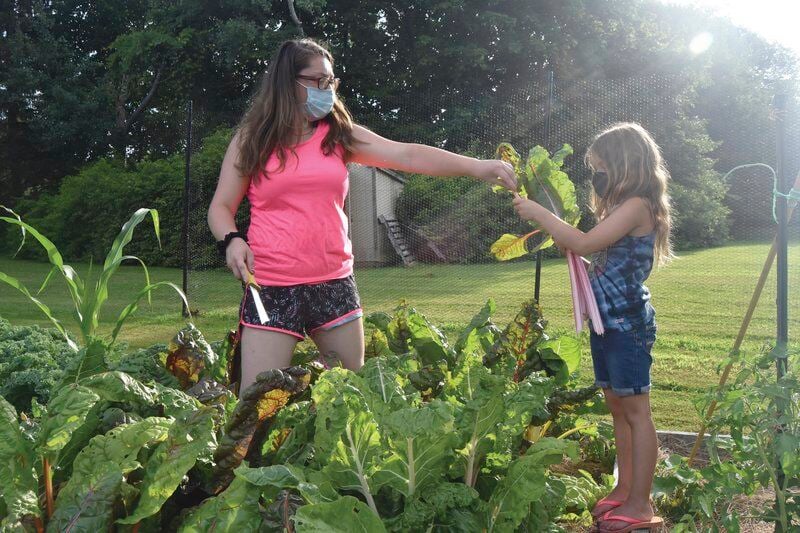 Sarah Eames | The Daily Star Lisa Wujnovich, director of the Hancock Community Education Foundation’s After School Garden, demonstrates how to make kale chips to the Miller family on Friday.

Sarah Eames | The Daily Star Five-year-old Earl Miller peers through the corn in search of beans in the Hancock Community Education Foundation’s After School Garden on Friday.

HANCOCK — A garden typically used to educate students in an after-school program is now providing fresh produce for dozens of families throughout the community amid the coronavirus pandemic.

“Since there’s no after school or summer program, we’ve been getting in touch with families to take care of the garden on a weekly basis,” said Linda O’Brien, executive director of the Hancock Community Education Foundation.

Local families are invited to pick from the garden once a week in exchange for helping with the weeding and maintenance, according to Lisa Wujnovich, director of the foundation’s After School Garden.

“Whatever is harvestable, they can take home,” she said. “When I first started that garden about 15 years ago, I couldn’t give food away.”

“Usually the after school program starts the season, plants the seeds and tends the garden until the end of the school year, but things were different this year,” Wujnovich said. “Once the virus happened, I planted all the vegetables myself. It seems like a crazy time not to have a garden with all the food insecurity and families in need.”

“This is unbelievably fabulous,” said Sue Miller, mother of 16 and grandmother to 15.

The Millers have seven mouths to feed at the moment, not including the chickens and a pig, plus a rotating cast of visiting children and grandchildren.

Eight-year-old Richard, 6-year-old Leon and 5-year-old Earl agreed that carrots and beans are their favorite snacks.

“Leon’s going to be quite the farmer,” Wujnovich said of her bean-picking prodigy.

Wujnovich said she typically uses the garden’s bounty to teach students how to prepare and cook a variety of dishes, including tarts, pumpkin muffins and soup.

The produce is also used as inspiration in poetry and song-writing exercises, she said. “I try to think of something new every year.”

This year, the garden’s produce will supplement the nonperishable food items distributed to 26 families with 56 children in total in a program overseen by O’Brien. Excess produce is donated to the Loaves and Fishes food pantry in Hancock.

“We planted extra, knowing there would be a food shortage,” O’Brien said. “Now it enables us to give fresh produce to lots of families. In light of everything going on, it’s nice that there’s a bit of good coming out of it.”