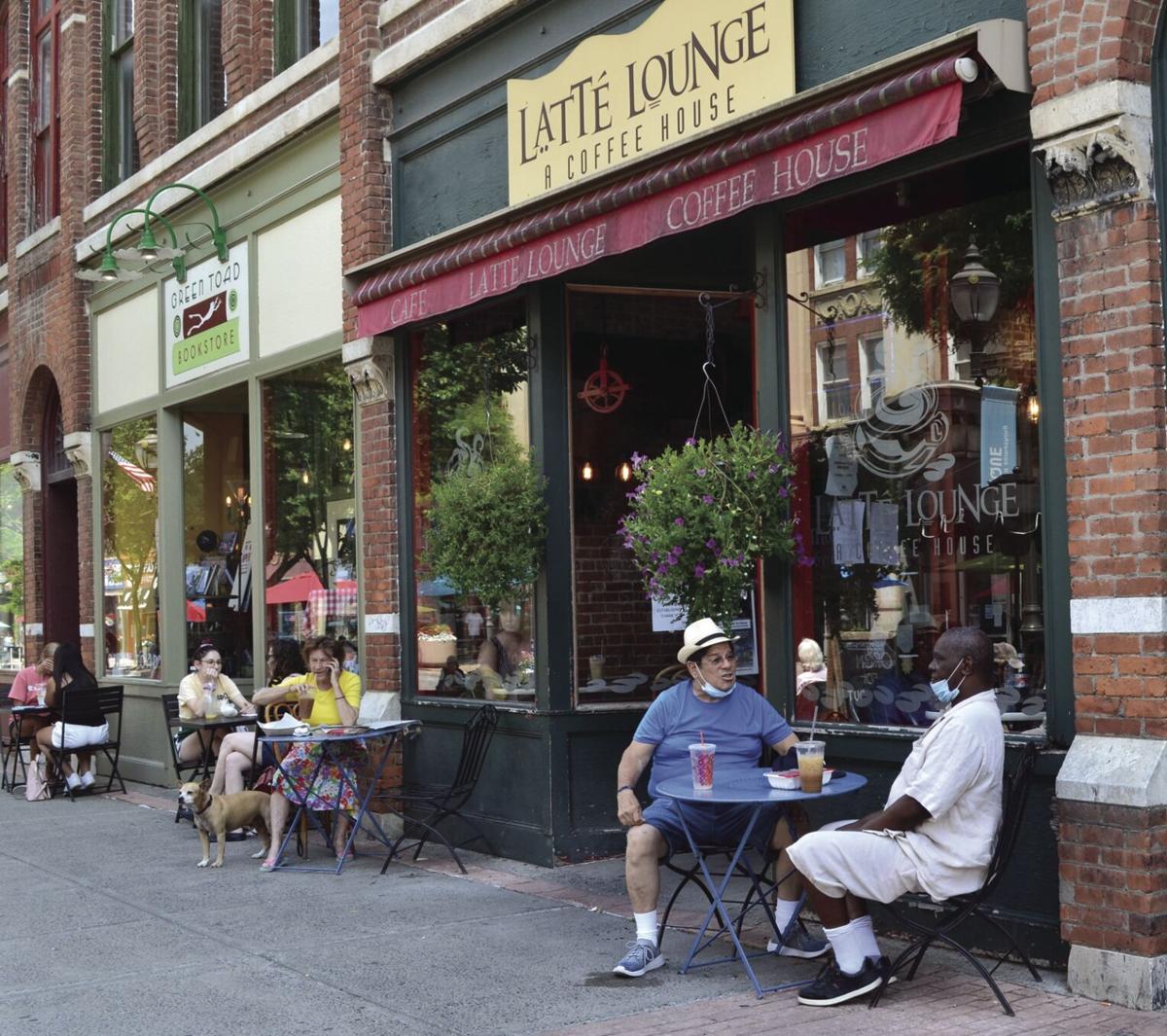 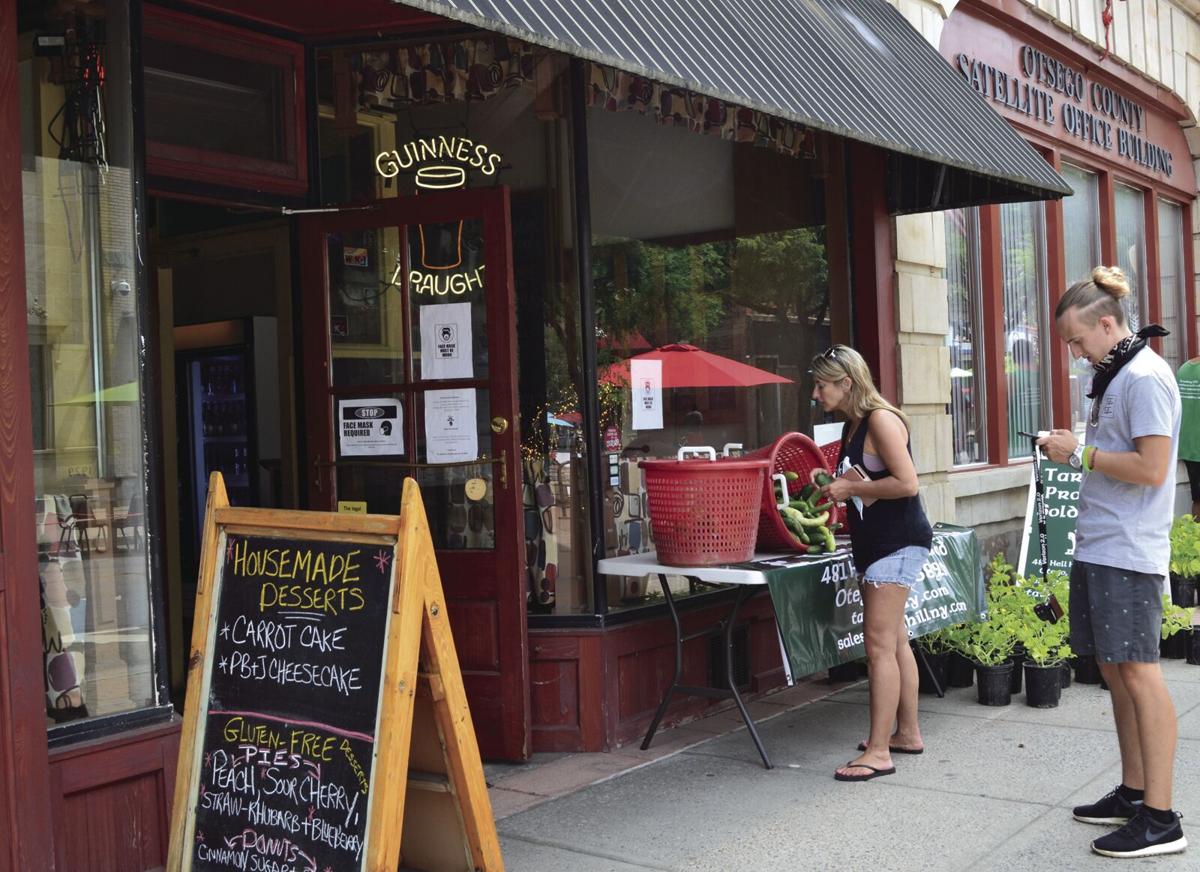 Common Council members voted on July 7 to close Main Street between Elm and Chestnut streets from 9 a.m. to 9:30 p.m. each Saturday through Sept. 5, to boost foot traffic and increase downtown dining opportunities.

Common Council member and Oneonta businessman Mark Drnek, D-Eighth Ward, said the Saturday series grew from a subcommittee of the city’s Survive Then Thrive Task Force, created in response to the pandemic caused by COVID-19. The Main Street closures, specifically, he said, were developed by the Public Spaces Committee, which he chairs with Al Rubin, owner of A&D Taxi.

“Because of the nature of what the city can do in terms of promoting local businesses, there were restrictions,” Drnek said. “So, as a consequence, Al Rubin used his wife’s LLC, Mission on Main, as a conduit to gain generous sponsorships.

“(The result) is a partnership between government and business,” he said, “and people are really starting to understand what this is all about.”

The July 18 event on Main Street drew about 1,000 people, Drnek said. Midday on July 25, he estimated about 150 people on Main Street.

“A lot of businesses either broke even (after the first Saturday) or did even better than expected and a couple exceeded (expectations) and did two or three or four times better,” he said.

“It’s great; there’s been more foot traffic, it’s so much calmer and, for a lot of people, this has made them really happy,” she said. “And it’s bringing locals downtown. A lot of people that I haven’t seen downtown in a while are out and about.

“I’m seeing a lot of camaraderie,” Cyzeski said. “People are usually on a mission when they’re on Main Street, just going in and getting what they need, but now everyone is just poking along and taking their time.”

Oneonta resident Marilyn Nienart, a member and vendor at the Artisans’ Guild, said she’s glad for the opportunity.

“I think the crowd is about the same (as the first Saturday), but there a few more vendors,” she said. “The city is trying to do a nice thing for us, and we all appreciate that. I’m committed for every Saturday … and I think people are shopping. I see them going in (to the Artisans’ Guild) and coming out with bags, so I think they’re spending money.”

“So far, the big concern folks have is, how safe is it going to be in a setting with a lot of people?” he said. “So, we’re trying to control the crowd and, with social distancing, we can have about 1,000 people on Main Street (at a time). We have the ability to do that.

“We’re providing free masks and one of the things we’re trying to do is model,” he said. “As people come downtown and college kids return, they see that the expectation on Main Street is masks and social distancing.”

While approved through Sept. 5, Drnek said, the Saturday series is happening “on a week-by-week basis.”

“Ultimately it comes down to 'is it safe'? If we find anything is not pushing the agenda for safety, we don’t have to do this,” he said. “We have to assess: is it good for the businesses, the restaurants, people?”

“I would always come out (on pre-pandemic Saturdays),” Oneonta resident Fred DeJesus said. “This is still nothing compared to what it used to be, so things have changed, but it’s nice. I come out to conversate and we have the freedom to talk to people, so this is a great opportunity.”

“I think it’s nice,” Karley Riegel, a former Oneonta resident visiting from Long Island, said. “It makes people socialize and being inside is so depressing, so it makes people happier. I think it’s working; it gets people out and I do think it’s generating business.”

The Daily Star's four-county region of Chenango, Delaware, Otsego and Schoharie counties has had 483 confirmed cases of COVID-19, and 19 death…