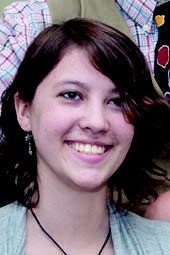 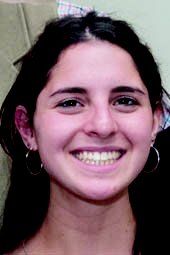 More than 200 years after Elizabeth and Benjamin Bassett sailed from England to New York City, two graduating Cooperstown High School seniors were given scholarships in their honor.

The $500 scholarships were awarded to two young women Thursday at a brief ceremony on the terrace of Bassett Medical Center in Cooperstown.

The ceremony was hosted by Bob Bassett, president of the Charles H. Bassett Youth Foundation Inc., and a direct descendant of the Bassett family. More than 22 scholarships are given to high school students each year in the family’s honor, according to a Bassett release.

The 2014 Elizabeth and Benjamin Bassett Scholarship was presented to Makayla L. Denninger of Cooperstown High School in recognition of her excellence in academics, good character and exemplary service to others in the community, the release said.

Jaime S. Zoltick, also a senior at Cooperstown, was awarded The 2014 Mary Augusta and Wilson T. Bassett Scholarship, which recognizes excellence in academics, balanced development and a willingness to overcome challenges and seize opportunities.

Wilson Bassett, the youngest son of Elizabeth and Benjamin Bassett, settled with his wife, Mary Augusta Bassett, in Cooperstown in the 1800s.

Augusta became one of New York’s pioneer female doctors and the couple practiced medicine together throughout Otsego and surrounding counties for many years. Their youngest daughter, Mary Imogene, also went into medicine and assisted with the family practice. Mary Imogene Bassett Hospital was built in Cooperstown in her honor, and has grown into what we now know as the comprehensive Bassett Healthcare Network.

During the award ceremony, Bertine McKenna, Bassett Medical Center’s executive vice president and chief operating officer, encouraged Jaime and Makayla to “be brave” in all they do.

“Don’t be afraid to go after what you want to accomplish in the world,” McKenna said. “Without trying, we never have a shot at succeeding.”

Bassett told the audience that he created the scholarships to honor his family’s legacy and told the students never to forget their own history. Today’s society seems to hold sports figures and celebrities in high regard, Bassett added. Instead, admire and be inspired by your parents, he urged the scholarship winners.

“Remember you stand on the shoulders of your ancestors,” Bassett said. “Don’t ever forget those who have gone before you.”