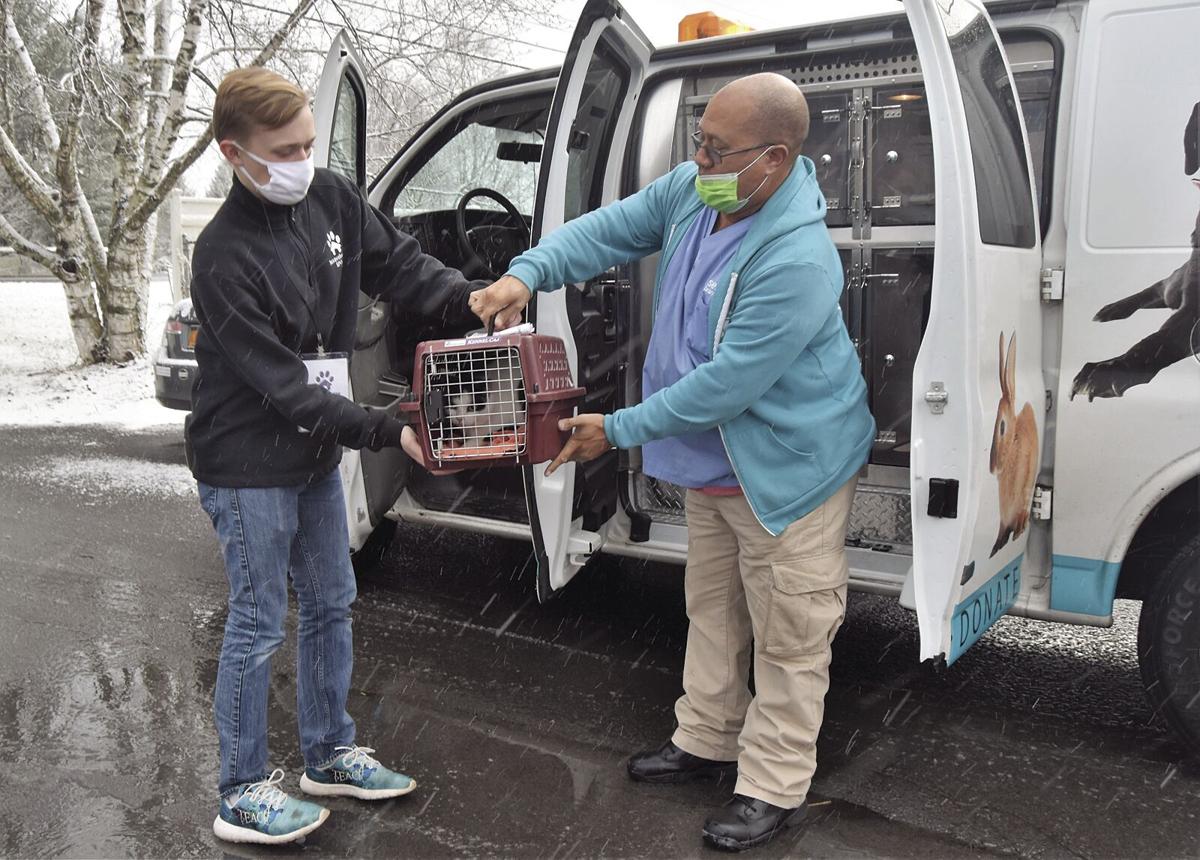 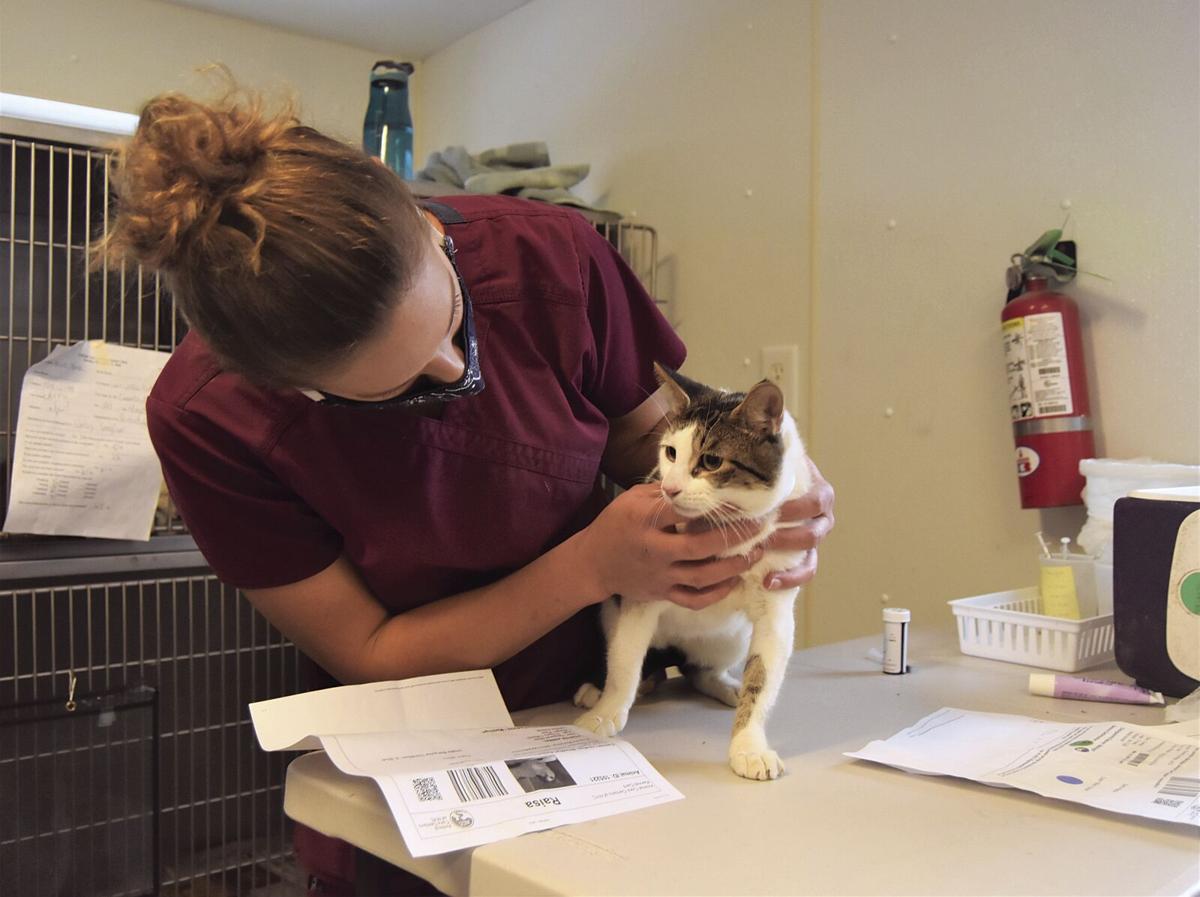 Sara Haddad, a veterinary technician who serves as medical coordinator for the Susquehanna SPCA, examines Raisa, one of 10 cats brought from a New York City shelter Tuesday, Nov. 17, in the exam room of the Hyde Park shelter.

Sara Haddad, a veterinary technician who serves as medical coordinator for the Susquehanna SPCA, examines Raisa, one of 10 cats brought from a New York City shelter Tuesday, Nov. 17, in the exam room of the Hyde Park shelter.

The cats, ranging in age from 2 to 10 years, were in immediate need of shelter, according to SQSPCA executive director Stacie Haynes.

As a member of the New York State Animal Protection Federation, the SQSPCA is among several animal shelters across the state notified when a New York City-based member shelter requested help housing its animals.

The Animal Care Center’s Staten Island shelter was forced to close earlier this week after a faulty heating system made it unsafe to house animals there, Haynes said. The animals were immediately moved to the ACC shelters in Brooklyn and Manhattan, which were already nearing capacity, necessitating the transfer upstate.

“While our Staten Island shelter only holds a small number of animals, the sudden relocation of cats and large dogs caused a strain on our populations in the Brooklyn and Manhattan care centers,” said Colleen Doucette, senior manager of the ACC’s New Hope program. “Thankfully, with the help of partners like the SQSPCA, we have reduced our populations and are continuing to trend downward toward more reasonable numbers.”

“If we can, I always try to help,” Haynes said.

The SQSPCA took in several animals from the New York City area in the springtime, when shelters there were inundated with pets orphaned by the pandemic in sprawling numbers, Haynes said.

“These are the people I would turn to for help if I needed it,” she said.

The Otsego County shelter was able to take immediate action to assist the animals because they were already spayed and neutered upon arrival, Haynes said. Nearly all of the cats will be available for adoption almost immediately upon arrival at the SQSPCA.

Work is continuing about a mile down the road on the shelter’s new facility in the hamlet of Index.

The three-year project began with the 2019 demolition of the existing structures on the site, Haynes said. The animals are expected to move in by April of next year.

The new location will provide an extra 3,000 square feet of space, according to Haynes.

“It’s designed very strategically to be efficient and safe,” she said. “Far before COVID, we were already thinking about improving traffic flow and upgrading the HVAC system.”

While the added space will not necessarily allow the shelter to take in more animals, Haynes said, the increased efficiency of the building will decrease each animal’s length of stay, allowing for more rescued animals to come through the doors each year.

The shelter drilled down its average length of stay from 80 days in 2016 to 28 days currently, according to Haynes; a number that is expected to drop even further once operations begin in the new facility.

“We’re so excited,” Haynes said. “This has been a long time in the making.”

Visit sqspca.org to view available animals. To schedule an appointment to adopt, call 607-547-8111.