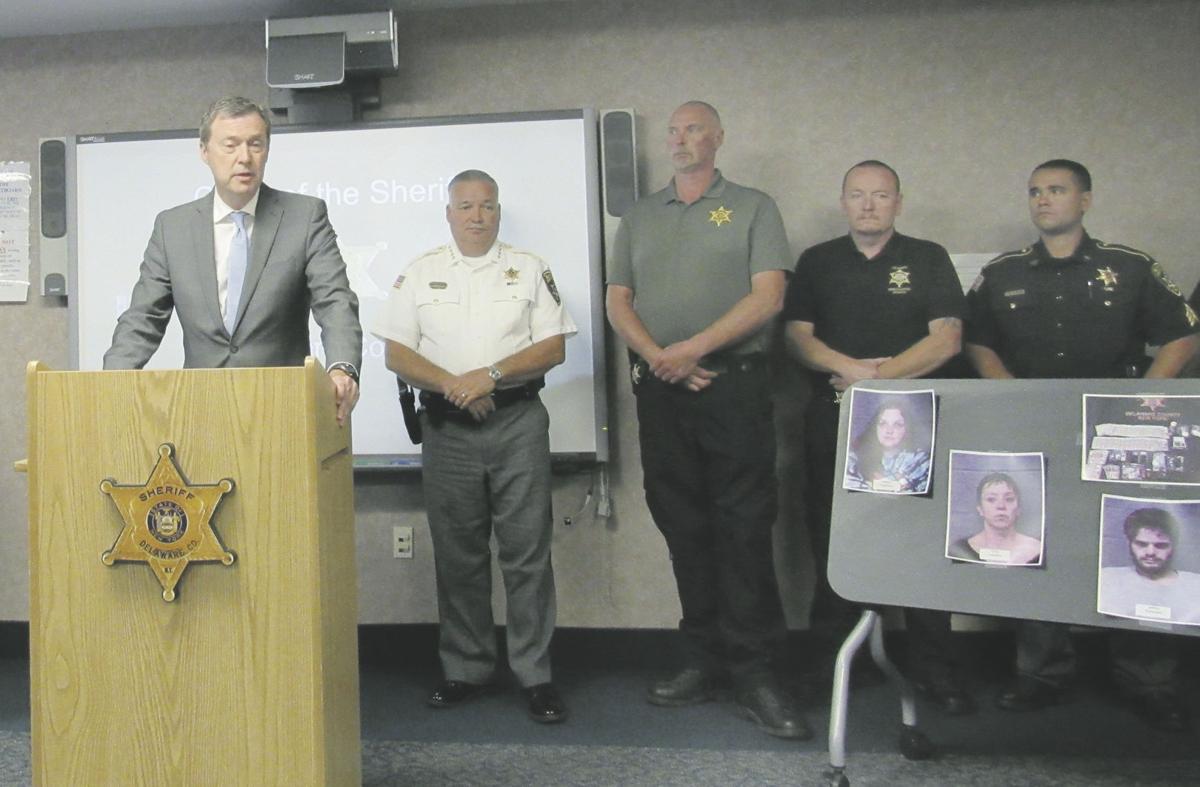 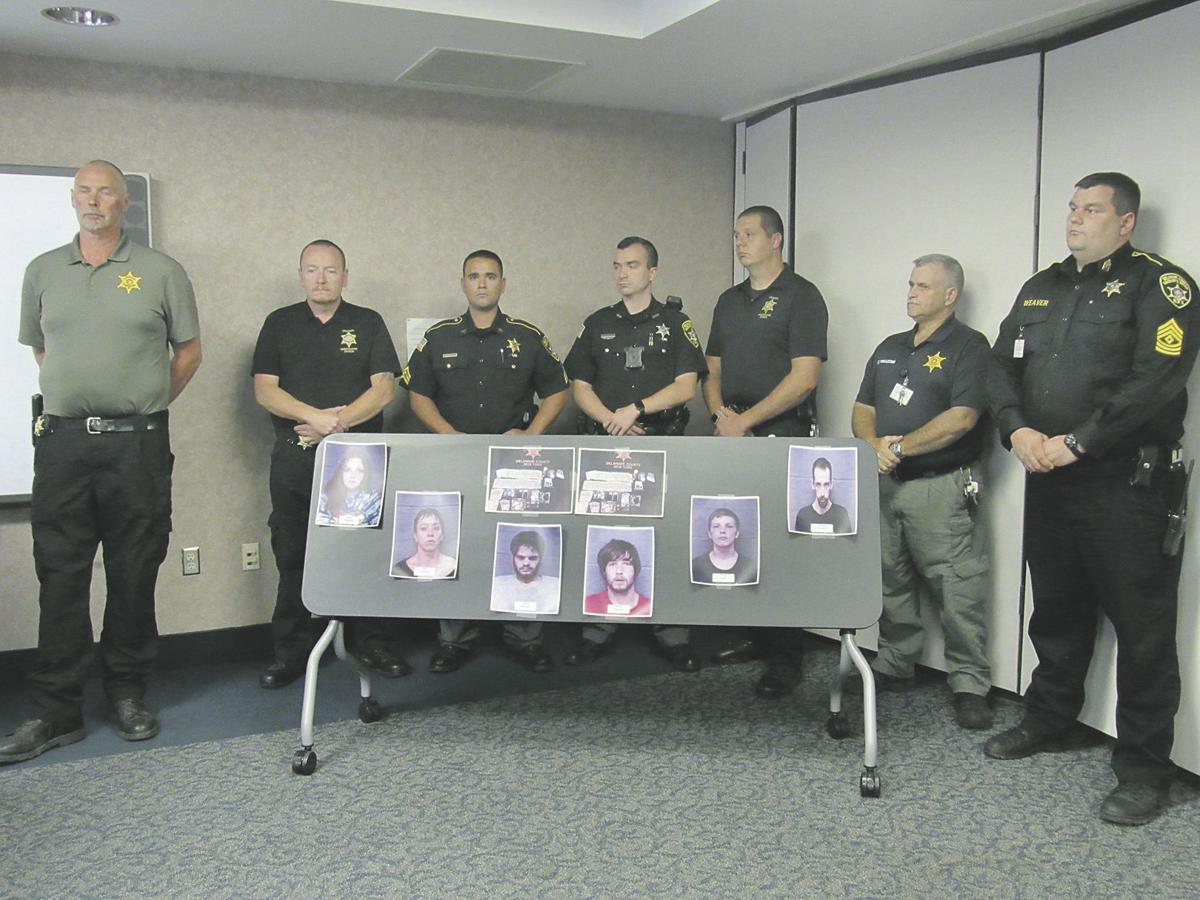 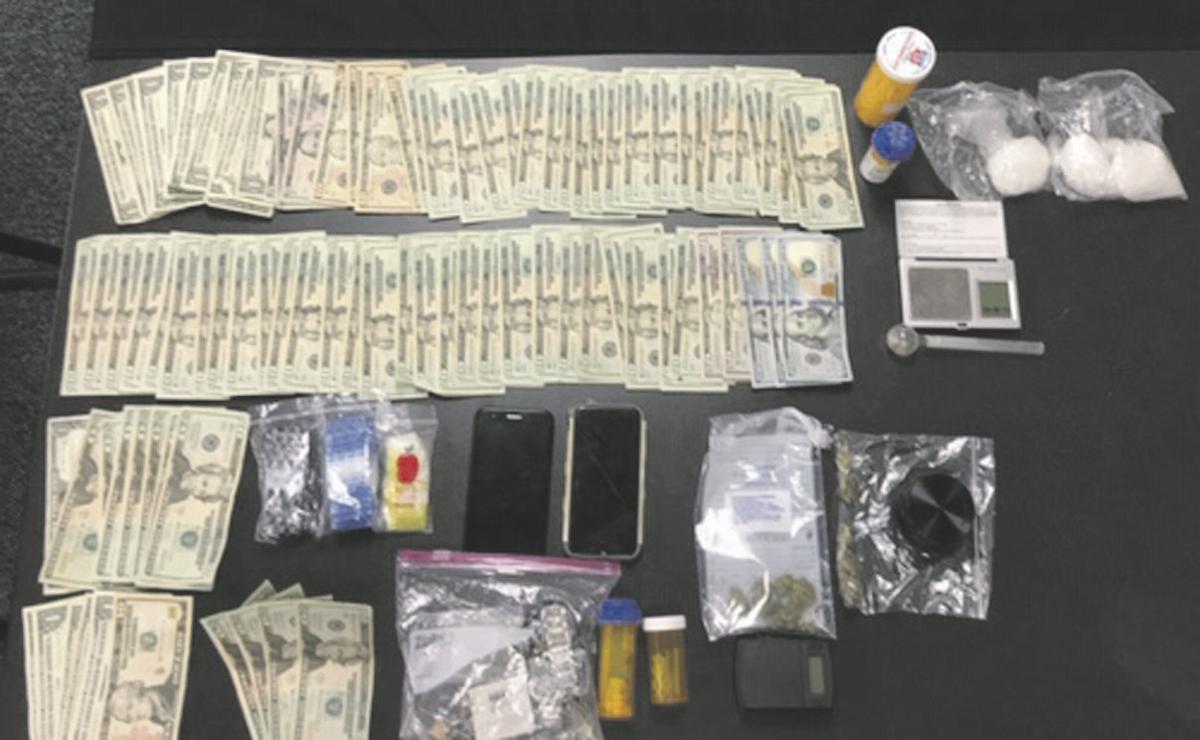 Narcotics, money and other items seized from a large-scale methamphetamine trafficking operation in Sidney are shown Friday.

Narcotics, money and other items seized from a large-scale methamphetamine trafficking operation in Sidney are shown Friday.

DELHI — Delaware County Sheriff Craig DuMond at a press conference at the county Public Safety Complex today announced the arrest of seven people in connection with a large-scale drug trafficking operation in Sidney.

"The fact that this stuff is being mixed with fentanyl is a public health crisis," DuMond said. "We're having people overdosing and dying at alarming rates, not just here but in surrounding counties. It takes almost a microscopic amount of fentanyl to overdose and kill a person. So this is a priority of ours, to target the fentanyl-laced narcotics that are out there and to get them off our streets."

Seven people were arrested and accused of second-degree criminal possession of a controlled substance, a class A-2 felony. They were William K. McLean, 38, of Sidney; Nikita M. Kingsbury, 33, of Sidney; Trevor J. Light, 21, of Sidney; Jeffrey M. Robinson, 25, of Norwich; Kevin G. Mosher, 23; Gina L. Overbey, 42; and a 17-year-old Sidney male who couldn't be named because he is underage.

The execution of the search warrant was part of a month-long investigation that continues. The suspects were arraigned in the Town of Delhi Court and are being held at the Delaware County Correctional Facility, pending further court action. The investigation is ongoing and sheriff’s investigators said they expect additional charges will be filed at a later time.

Delaware County District Attorney John Hubbard said if convicted, those charged could face between three and 10 years in prison.

"These are serious charges," he said. "I think a dent has been made in that criminal activity in Sidney."

DuMond said he had a message for people that were engaging in illicit activities such as this.

"We're going to get you," he said. "We're going to dedicate whatever resources are necessary and work relentlessly to ensure we keep our communities safe and secure. We have a major problem with these narcotics and I can assure you we're not going to give up."

MOUNT UPTON - Helen Nielson of Hughson, California, died June 19, 2020. Born Helen Allyce Spiegelberg on March 22, 1916, in Ladysmith, Wisconsin, she graduated from Mount Upton High School in the class of 1932. She worked as a household helper, secretary and laboratory technician in Binghamt…