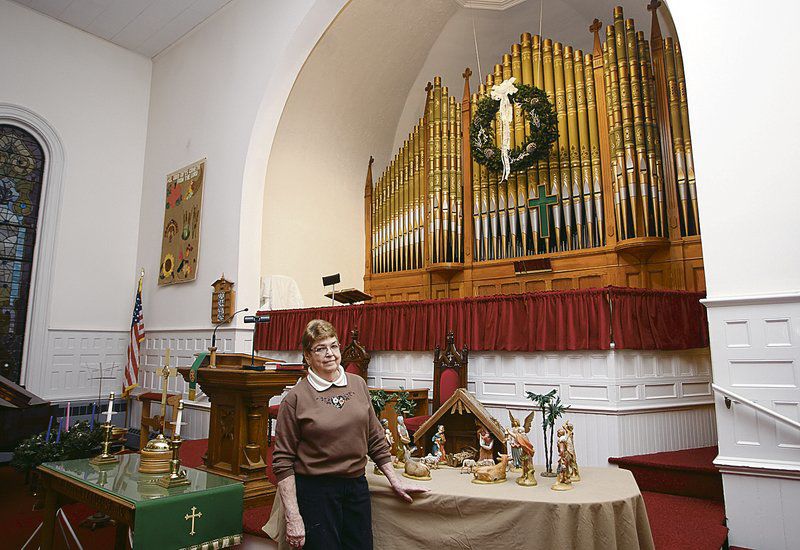 Julie Lewis | The Daily StarMary Plummer, chair of the board of trustees and organist of the First Congregational of Sidney, stands at the front of the church near the pipe organ on Friday. Parts of the organ date back to 1894. 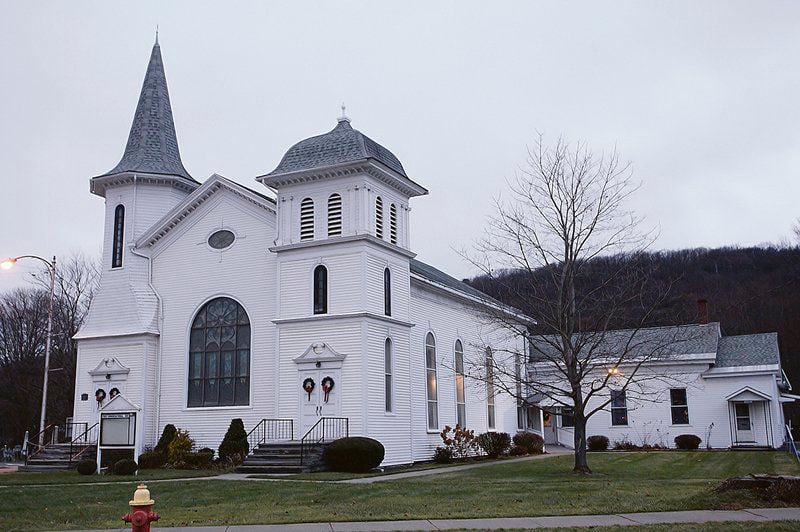 Julie Lewis | The Daily StarThe First Congregational Church, on the corner of Main and Bridge streets in Sidney, is shown Friday.

Julie Lewis | The Daily StarMary Plummer, chair of the board of trustees and organist of the First Congregational of Sidney, stands at the front of the church near the pipe organ on Friday. Parts of the organ date back to 1894.

Julie Lewis | The Daily StarThe First Congregational Church, on the corner of Main and Bridge streets in Sidney, is shown Friday.

After 211 years of service, the First Congregational Church of Sidney will close at the end of 2019.

The church, established in 1808, is the oldest in Sidney, Board of Trustees Chairperson Mary Plummer said. The impending closure, voted on by the congregation in June, is due to diminishing church attendance and funds, something Plummer said she believes is a national trend.

"It's not just the First Congregational Church of Sidney, it's out there," said Plummer, who's been a member of the church since 1958. "People are struggling and it's sad because life is a struggle, and you don't need to have your church be one, too."

The church's pastor, Patricia Robinson, said she is retiring at the end of the year after nearly 20 years of service there.

"The church has reason to be proud of who we are," Robinson said.

There are 53 church members, 38 of which are from the immediate area, Plummer said. Robinson said most members have been with the church their whole lives.

"They were born in the community and joined the church at birth," Robinson said. "It's a very sad time for all of us."

Plummer said she recalls Christmas Eve services in years past where the church, which seats 250 people, would be completely packed.

"It was just a joyful service every year with many, many members and guests," Plummer said.

The church used to host a soup night for community members in need and Sunday school, but there was a lack of people to keep such programs active, Plummer said.

"We need new faces and that does not seem to be happening," Plummer said. "One of our parishioners did say two or three years ago that we're going to run out of people before we run out of money, and that's exactly what has happened."

Plummer said church's last formal service will be Sunday, Dec. 29. After that, the church will begin the legal process of dissolving, working with an attorney from Coughlin & Gerhart, she said.

Plummer said the church, a nonprofit, will be deeded to the next owner because members cannot realize a profit from the dissolution.

"We are in negotiation with another group that we hope will enhance the village," Plummer said.

According to www.charitiesnys.com/pdfs/dissolution_with_assets.pdf, a nonprofit must distribute its assets to another tax-exempt charitable organization. Plummer said the church is discussing which charities to which it will donate its remaining funds, possibly including the future landowner and other local entities.

"The group that's looking at the church fell in love with the building as it is," Plummer said. "When I heard they didn't want to do anything to the sanctuary, that was music to my ears, so to speak."

Plummer said the church is interested in donating its artifacts, including a silver communion service item and historical scrapbooks, to the Sidney Historical Society.

One of the church's last events will include a free public concert at the church, located at 1 Bridge Street in Sidney, 3 p.m. Sunday, Dec. 1.

Worcester organ player Sidney Chase will perform on one of the oldest remaining church pipe organs in the upper Susquehanna Valley, according to a media release from the church. There will also be other musical performances by church members, according to the release. Following the concert, there will be a reception in the church hall.

Plummer said the church will also host a free, public ecumenical hymn sing Sunday, Dec. 15, at 10:30 a.m., with a potluck lunch to follow.